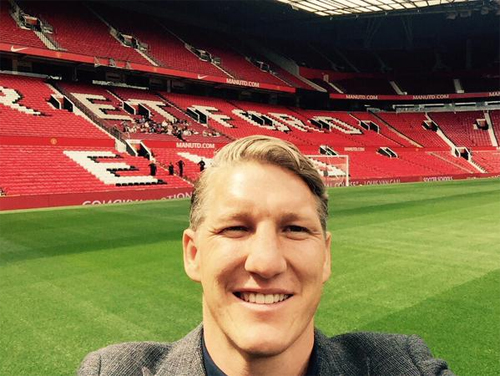 Bastian Schweinsteiger will bring much-needed authority and leadership to Manchester United, according to Robbie Savage.

The 31-year-old World Cup winner is one of five new arrivals at Old Trafford in the summer transfer window after he sealed a £15m move from Bayern Munich last month.

Schweinsteiger won eight Bundesliga titles and the Champions League during a silverware-laden career at the German champions.

And Savage reckons Schweinsteiger, who has been likened to former United captain Roy Keane, will play a pivotal role in Louis van Gaal’s side despite being in his early thirties.

“He will bring an experience, leadership and authority to Manchester United,” Savage told The Sport Review, speaking at a BT Sport media event to launch the broadcasters football coverage for the coming season.

“They’ve lacked great characters. He is a top, top quality player. His age is irrelevant, and I think if you can keep him fit, he will have a massive season.”

“They’ve made very good signings so far. Schniederlin and Schweinsteiger particularly. He may be 31 but he still has a lot to offer in that defensive midfield role,” Savage added.

Robbie Savage: Why Arsenal can beat Chelsea to the title