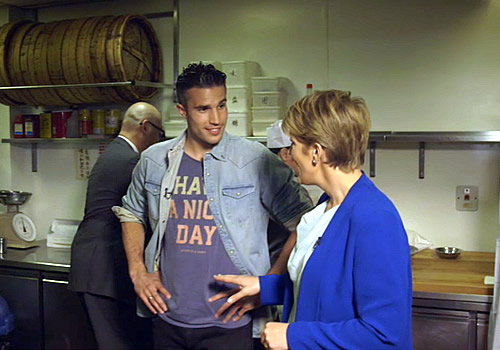 Robin van Persie has suggested that he would be happy to see Ryan Giggs take charge of Manchester United on a permanent basis by describing the midfielder an “unbelievable” inspiration for the Red Devils squad.

The 40-year-old has been placed in temporary charge of United until the end of the season following David Moyes’ sacking last month and could make his final appearance in a Red Devils shirt at Old Trafford in Tuesday’s clash against Hull City.

Netherlands Louis van Gaal has been widely tipped to take over from Giggs, whose side were beaten 1-0 by Sunderland on Saturday, following the World Cup in Brazil.

But Van Persie has appeared to suggest he would be happy to see the Welshman remain in charge of the club beyond the summer.

“Today he was [training with us]. He was excellent and he’s still unbelievable,” Van Persie told The Clare Balding Show on BT Sport.

“I’m here now for two years and he’s been unbelievable. The way he trains, the way he behaves, the way he speaks to everyone.”

Van Persie made his first appearance since March during the defeat by the Black Cats at Old Trafford – and the Netherlands international admitted his delight at returning to action.

“It is a bit lonely when you’re away, you know coming back from injury,” he said.

The 30-year-old also delivered an insight into why he first decided to pursue a career in football.

“Up until today, I’ve never played for one second with those things in mind. I always played football because I loved it, and I still do.”

Robin van Persie was speaking in an exclusive interview with The Clare Balding Show, which will be shown in full on Thursday 8 May at 20:00BST on BT Sport 1