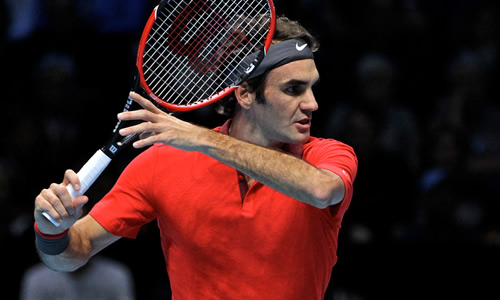 Not content with changing his racket, taking on a new coach, and piling on training blocks at a time when most 32-year-olds with his resume and wealth might have looked at his ranking, felt his ailing back, and decided to go in search of fresh fields, Federer put barely a foot wrong on a tennis court.

The final at Brisbane, semis at the Australian Open, the title in Dubai and the final in Indian Wells meant that, by the end of the hard-court swing, he had already claimed four top-10 scalps, among them Novak Djokovic and Andy Murray. He had beaten only three in the whole of 2013.

Not content with becoming the father of twins for a second time, he hardly missed a step in the clay swing, too—in fact only the Madrid Masters in the week his sons were born. It began with a final in Monte Carlo, saw a not-altogether-surprising early loss in Rome, and ended with a fourth-round, five-set exit to Ernests Gulbis at Roland Garros.

Not content with rising to No4 in the rankings from No8 at Indian Wells, Federer flowed through the grass season with his usual aplomb, winning Halle and pushing Djokovic to the five-set limit in the Wimbledon final.

Come the US Open Series, he was turning 33 and back at No3, playing the kind of tennis that had critics talking of another Grand Slam title. He reached the final in Toronto, won in Cincinnati, fought off match points against Gael Monfils to reach the semis at the US Open, though 2014 would not yield a Major for Federer.

Still not content, Federer cranked up a schedule that now included an extra component—the Davis Cup. Since his first appearance in 1999, he had never played four ties in a single season nor won as many rubbers as he would this year.

And his victory with Stan Wawrinka in the third rubber of the final pointed to another facet of Federer’s 2014—perhaps a bye-product of the net-refined tennis honed by Edberg. The Swiss played a dozen doubles matches through the year, reaching the semis in Brisbane and Indian Wells and the final in Halle.

Not that Federer was done with the main tour in the autumn: Indeed over the horizon came the chance to beat Djokovic to the year-end No1, though that would require not just many matches but many wins. But how could he refuse?

So successful was he that the race went to the ATP World Tour Finals wire as Djokovic, too, made a remarkable end-of-season run despite his own speedy return from becoming a father.

The top two men stitched up a Masters and a 500 title apiece on the way to London—and there they both went unbeaten on their way to a blockbuster final that would never be. Federer had thrown so much into the thrilling semi-final against Wawrinka that his back—the reason for his under-par 2013—gave in.

Djokovic, then, sealed his third end-of-year title and No1 ranking. But Federer’s withdrawal did more than deprive Djokovic and 18,000 spectators of ‘the final showdown’: It halted Federer one match short of a special number.

The vigour, durability and creativity that had encouraged him to try a game-changing racket and coach had taken him to No2 in the world, past 17 top-10 players, and into a tour-leading 11 finals, but had also won more matches than anyone else in 2014—72—and more than he himself had won since 2006.

Lest anyone forget Federer’s 2006, it was a season almost unparalleled in the Open era: 12 titles and a 92-5 match record. He failed to reach the final of only one tournament in the 17 played, and his only Grand Slam loss was to Rafael Nadal in the French Open final.

Had Federer been able to play the final, he would also have notched up more matches overall than in any year since 2006. But of course he had one last rabbit up his sleeve: the Davis Cup. 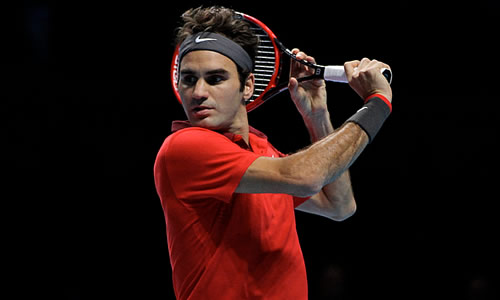 They were tense times for the Swiss team, those four days between the London final and the Davis Cup’s opening day in Lille. Hampered by back injury, and facing a switch to clay against a team of boundless riches in the French, Federer’s and Switzerland’s hopes of winning the team trophy for the first time looked slender indeed—and more so with each day that Federer failed to practise.

He looked tight and rusty in a straight-sets loss to Monfils, but his match tally rose to 84, his biggest since 2006. Then he teamed up with Wawrinka to play some of their finest doubles tennis since winning Olympic gold in 2008.

The fitness that had underpinned Federer’s return to form in 2014 must surely have helped his Lille recuperation, too, for he would leave a hapless Richard Gasquet in his wake to score his 73rd victory of the year and the Davis Cup.

It seemed the right conclusion to a bold, invigorating season. Not that Federer needed the Davis Cup to complete his career resume, of course, but it did seem to fill an emotional need. For his commitment to this uniquely patriotic tournament has often been downplayed alongside both contemporaries and past greats.

Yet it is no accident that Federer became one of the first recipients of the Davis Cup Commitment Award for an involvement that began almost 15 years ago. Back then, and for a decade more, his solo efforts looked futile, but with the passing years came the Swiss cavalry in the shape of Wawrinka.

By last year, both men were among the elite on the tour and it was ‘Stan the Man’ who carried Switzerland through the World Group play-offs when Federer was absent with injury problems.

Finally this year, with both fully fit and ranked in the top four, their stars aligned, but along the way, Federer had put together more Davis Cup matches than any active singles player except Lleyton Hewitt. More surprising, perhaps, he had played more Cup matches than anyone among the top dozen Grand Slam champions, from Pete Sampras to Roy Emerson, Rod Laver to Bjorn Borg, Bill Tilden to Fred Perry, Ivan Lendl to Andre Agassi.

Perhaps in the year when Federer outnumbered many of his own achievements, his Davis Cup record will be given its due, too. It certainly gives an extra lustre to that season-capping victory.

Federer admitted, in an interview with Simon Briggs for Telegraph Sport, that it had been Edberg who suggested he play more matches, take shorter breaks in his schedule, and keep his rhythm in trim by playing points during practice:
“Stefan wanted me to play more matches and play tournaments more consistently. I used to go in spells, but he doesn’t believe in taking too long of a break…when you’re older maybe it’s easer for your body to keep on playing.”

Having enjoyed the rewards of embracing change, Federer continues to take his mentor’s advice to heart: He has opted into the New Delhi squad for a couple of days of fast-paced action on the IPTL tour next week, and plays a fund-raiser with Wawrinka in Switzerland before Christmas.

Just days later, he begins a fresh season in Brisbane, where the title could take him to 1,000 match wins: You can hear the brouhaha already.

But whatever the New Year brings, 2014 should be remembered as the year that built the foundation for a memorable Federer flourish: Yes, a rather special year.