Roger Federer is preparing for the Monte Carlo Masters, where he could face Novak Djokovic in the semi-finals 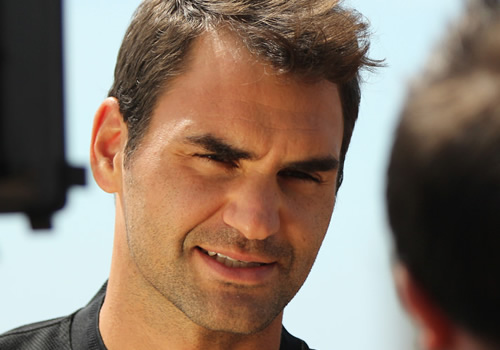 Roger Federer is gearing up for the Monte Carlo Masters Photo: Marianne Bevis

When it comes to the achievements of Roger Federer on a tennis court, it can be all too easy to forget just what an accomplished clay-court player he has been throughout almost 18 years on the pro tour.

Go all the way back to 2001, and the teenage Swiss reached his first Grand Slam quarter-final at Roland Garros, soon after reaching the quarters in Monte Carlo.

In 2002, the now 20-year-old won his first Masters title on Hamburg’s clay and the next year he made the first of four final runs in Rome.

Down the years, he would go on to win three more Hamburg Masters, and then when the tournament moved to Madrid’s clay, he would pick up two more there.

Federer reached four Monte-Carlo finals, too, and five times he has been a finalist at the French Open, winning in 2009. Indeed so consistent has he been in Paris that only once in the last 11 years has he fallen short of the quarters. And while his percentage of wins to losses is the lowest of the four Majors, it still stands at an impressive 80 percent.

What reared up in Federer’s path, of course, was Rafael Nadal, a tour-de-force on clay from the moment he strode into Roland Garros to win the first of nine titles, and adding seven Rome crowns and eight Monte Carlo titles to boot. No wonder it took Federer so many attempts to win his elusive French Open: Nadal beat him in four finals. No wonder the Swiss has yet to win in Monte-Carlo and Rome—he has fallen foul of Nadal in five of those finals, too.

Now, though, the biggest problem for Federer—as it is for every other player with ambitions of clay glory—is the rise and rise of Novak Djokovic, who has begun to pick off Nadal in his own castles. Last year, to prove the point, he beat the Spaniard in both Monte-Carlo and Roland Garros.

But formidable opposition seems never to blunt Federer’s desire to win on each and every surface nor his confidence that he can beat the best. Last year, it took Djokovic to beat him in the Rome final, the eventual champion Stan Wawrinka to stop him in Roland Garros, and he ended the clay season on a 12-3 run.

But 2016 has thrown up something new for Federer. He is about to play his first competitive tournament since the Australian Open as he returns from one of his longest ever injury and sickness layoffs.

The upside is that he has spent plenty of practice time on Monte-Carlo’s clay: The down side is that his mental and physical sharpness has gone untested for 10 weeks. As he put it: “I think now there’s more rust than rest—but I am rested.”

He is ever one to stress that he is a ‘glass-half-full kind of guy’, and his optimism was on full display as he spread his wares for Monte-Carlo’s press—and threw down a marker to his rivals.

“Mentally and physically I feel really good. I feel like every week that goes by, I feel better, and hopefully by Paris, that’s where you really want to be. It shouldn’t be a problem, [to play] seven times, five sets—I’m ready for that.”

As for the knee that underwent surgery after Melbourne: “My knee hasn’t bothered me, but the big test will be seeing how it reacts in match conditions. There are no easy draws in a Masters 1000, so I am not underestimating anyone. At the same time, I hope no one is underestimating me just because I’ve been hurt.

“I arrived in Monte-Carlo nine or 10 days ago and I’ve been training on Centre Court for the past eight or nine days. Things are going well. I’m happy with how I move and how I’m hitting the ball.”

No amount of practice compares with match conditions, of course, as he was careful to point out: “I’ve played very well in Monaco in the past, but for now my objective is to make my return to play, gain a good feel, and go from there.”

All that caution was in evidence as he went on to talk of the amended schedule that injury brought about. When he expected to play Rotterdam, Dubai and Indian Wells, Roland Garros appeared as a single red dot on his calendar before embarking on an extended grass swing and then preparing for an Olympic summer.

Now he has opted into what is the non-compulsory Masters on the tour, with the option of playing Madrid and Rome too.

“Everything’s flexible. People forget, you get entered automatically… So I knew I could always add Rome or maybe Madrid, but what I wanted to put on the schedule were the ones that gave a 90 percent chance for fans to come see me play. Then I can add something or take it away. Now everything’s changed, but I have to wait and see how my knee and my body react after Monaco. If I win the tournament, it changes everything, if I lose first round 0 and 0, I will know what I need to work on—I don’t know yet. I will know more in two weeks.”

Does he believe, though, that he has another French Open title in him?

“Every tournament I enter at Slam level gives me that opportunity [to win another]. Clearly I’ve been training super hard here on the clay and I will do so again after Monaco and decide if I’m going to play any of the Masters after that, depending on what I think is most important for my mind and body going forward.

“But I’ve won Paris before, and played so well there over the years, why not there? I definitely think that Wimbledon and other Slams give me a bit of a better chance than the French, but still I know I can play very well on clay as well.”

Monte-Carlo will reveal much, not least because if Federer is to win his first Monaco title, he will most likely have to get through defending champion Djokovic in the semis, and then take on Nadal, Wawrinka or Andy Murray in the final.

First things first, though: After a first-round bye, he plays either Guillermo Garcia-Lopez or Thomaz Bellucci, followed by any one of a number of Frenchmen who have beaten him on clay. No-one said it would be easy, but that has never stopped Federer from seeing the bright side—and the beautiful Monte-Carlo Rolex Masters trophy is certainly one of tennis’s brightest.