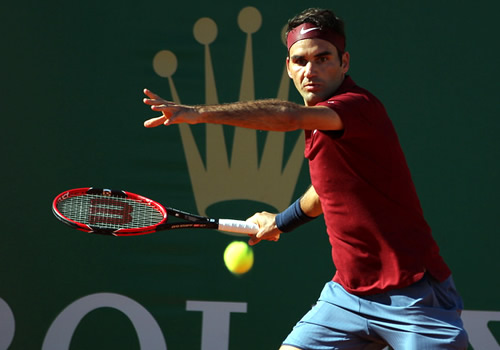 Ten weeks away, four tournaments missed, and at last Roger Federer is back where he has spent almost half his life—plying his famous trade on a centre court in one of the many glamorous stops on the tennis tour.

Born in 1981, the Swiss turned professional at 17, and began to look as though his entire tennis career would run its course without any serious injury or long-term illness.

Last year, as he transitioned from 33 to 34, he won six titles from 11 finals—and those five losing finals were not just any matches: Wimbledon, the US Open, the World Tour Finals and two Masters, where each time he came up just short to world No1 Novak Djokovic. But in a year so dominated by the Serb, it was only Federer who beat him three times, twice in title matches.

He began this year in fine fettle, too, with a final run in Brisbane and stopped in the semis of the Australian Open by Djokovic.

Then days later, it all came to an unexpected halt: Injury had finally hit the Federer body. In a brief Facebook announcement, he said: “Yesterday I underwent arthroscopic surgery on my knee. After getting tests done when I returned home, it was determined that I had torn my meniscus… While this is an unfortunate setback, I am encouraged and grateful that my doctor said the procedure was a success. I am looking forward to attacking the rehabilitation process this afternoon with my team and working hard to get back out on tour as soon as possible.”

It was not as though Federer had been entirely immune from injury problems during his 17 years on the pro tour. As long ago as 2005, he missed Basel and the Paris and Madrid Masters with an ankle injury. 2008 began with a mild bout of glandular fever and ended with a back injury that demanded repeated on-court treatment as he succumbed to Andy Murray at the Masters Cup in Shanghai.

His back caused repeated problems in 2013, beginning at Indian Wells and flaring up through a troubled summer schedule during which he won just a single title, in Halle.

But until now, he had never gone under the surgeon’s knife. As he prepared for his return in Miami last month, he revealed a little more of the circumstances: “I made a very simple movement, turned back, heard a click in my knee. Went to the zoo. My leg was swollen. Came back and had an MRI done in Switzerland. Saw a doctor right after the MRI. He said I had to have surgery on Tuesday.”

He admitted to some fleeting nervousness through the process, too: “When I was in hospital, about to go in the operation room, that’s when I got really nervous and sad about it all. When I woke up, I kind of looked at my knee, it doesn’t feel like my leg. That’s when I got scared. Then literally one day, two days later I had no more pain. I realised I could already move my leg again. You learn how to walk on crutches and all that, which I’d done once before in 2005 when I tore the ligaments in my foot.”

In the event, it was not his knee that proved a problem in Miami: He had to withdraw for the rather more prosaic reason of a stomach virus.

And so to Monte-Carlo and some ‘holding’ comments: “I don’t know yet about Madrid and Rome because I have to wait and see how my knee and my body react after Monaco.” 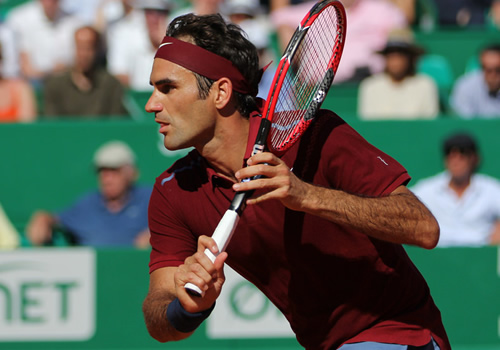 But with a first win under his belt, playing his usual brand of aggressive, forward moving tennis, he and the tournament were able to let out a deep sigh of relief. “The knee felt really good, like in practice. Felt like I didn’t have to worry about it. I could just go freely.”

But it took the French language to lower the barriers about his emotional journey through not just his first surgery but his first general anaesthetic.

“I had anaesthesia for my wisdom teeth, but that was local. So, indeed, I was a bit afraid before the surgery. I had a different kind of fear after the surgery. I was sad I had to do this. I thought I would be able to have my whole career without any surgery.”

Then he was asked if there was any moment when he felt this could be a career-ending moment.

“The toughest moment was the two hours after waking up. I couldn’t feel my knee, my leg. I could hardly move my toes. It was hurting a little. This is when I was a bit afraid about the future. Suddenly I thought that I needed to really go for it if I wanted to be a professional tennis player. I was wondering.

“But then my father came to visit me in the hospital. Mirka [Federer’s wife] was there, too. The first evening things were already better. We were joking again with my doctor. It was good to see everybody there.”

Almost at once, then, he became the ‘man with a plan’.

“I had a meeting with the whole team to talk about our plan, our schedule, how we were going to do the rehabilitation process, what tournament I could start playing again. From there, it became a lot more pleasant because I was able to be much more positive mentally. I knew we had a plan.”

He even began to enjoy the process of recovery itself.

“In the beginning it was extremely interesting to see how things developed. First I was afraid when I was walking with the crutches, then I started walking without the crutches, and then the stairs. So it’s one step after the other, like a child learning.

“When you don’t have your crutches, you start running. You think it’s wonderful. Then you can jump. Then you can jump higher. Then you can move more quickly, you can sprint. Every time I was able to do something for the first time, I saw I was improving, and it made me more confident. I loved that part of rehabilitation.”

Federer remains cautious about predicting how his tournament would go—the kind of pragmatism taught early to all professional athletes.

“I need to see how my knee will be after three matches in a row. But I’m not afraid because I didn’t go too hard during the practice, the fitness sessions. In rehabilitation they told me, ‘Now you’re cured, you don’t need to be afraid anymore.’ If I’m still afraid, it’s only in my mind. I’m creating this.”

There was certainly little sign of fear or any apparent reluctance to chase and slide after the ball in the short, sharp exchanges of his first outing. The next match will test him in rather different ways, as No14 seed Roberto Bautista Agut will put the Swiss through his paces in longer, tougher rallies, and no doubt through rather more than the hour and a quarter of his first.

The ultimate test, though, should he reach the semis, will be against the most demanding opponent in tennis, Djokovic. That Federer could be back on centre stage and playing against the best, 10 long weeks after the last time, will be a moment he is sure to relish.