Roger Federer is preparing for action in Istanbul, while Andy Murray is gearing up for the BMW Open in Munich 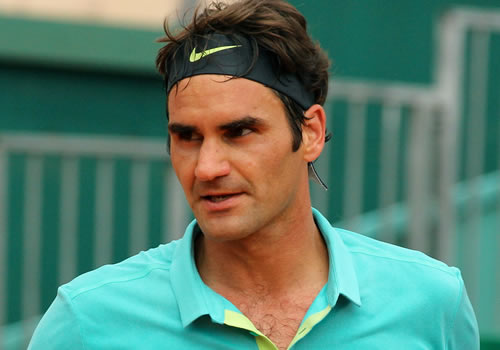 Roger Federer is in action in Istanbul this week Photo: Marianne Bevis

In this packed season of red dust, warm sun and a chain of glamorous destinations that run through Europe and around the Mediterranean, the men of the tennis tour are spoiled for choice.

No fewer than three Masters tournaments highlight the six weeks that run into the French Open at the end of May, and in between them, packed like historic gems into clay’s fashionable necklace, are two—sometimes three—events a week to tempt and tease both players and fans.

For the very top men, it is usual to resist all but the big Masters—Monte Carlo, Madrid and Rome—with perhaps a diversion to take in one of the most prestigious 500s on the tour, Barcelona. This year, though, is different.

But then this week has brought more temptations than usual, temptations that happen to align with two of the biggest stars in the game, Roger Federer and Andy Murray. And both men have departed from their usual spring paths.

Not since Murray transitioned from the Futures tour and into the top 300 has he played anything other than the clay Masters except for four ventures into Barcelona—and those ventures produced just three match-wins to four losses.

Federer has often chosen to drop a fresh event into his annual schedule—for the sheer pleasure of seeing new places, he admitted in Dubai after launching his clay schedule.

But he has veered from the Masters of spring just as infrequently as Murray. Only four times during his entire professional career has Federer played a non-Masters event on spring’s clay. Just once he played in Barcelona: He lost in the first round in 2000, at a time when he still hovered around the No50 mark. Only once has he played Munich: He won it in 2003. Twice he has visited Estoril: in 2008 when it came before Monte Carlo; and in 2010, after he lost in the first round in Rome, which back then came a fortnight before Madrid.

However it is not the regenerated Estoril that has drawn Federer this time but a brand new departure on the tour: the first playing of the Istanbul Open, which marks the 34th different country to host the ATP tour.

Federer opted out of the Miami Masters to focus on his clay preparation, which began with an earlier-than-expected exit in Monte-Carlo. So Istanbul, aside from bringing a fresh city to this globe-trotter par excellence, brings hopes of a few extra matches and the possibility of an 11th clay title—his first in three years—in his 19th different country.

Within hours of touching down in Turkey, he was on the Garanti Koza Centre Court, then Tweeting photos from his hotel on the Bosphorus. A day later, it was a tennis demo with fellow ATP star Grigor Dimitrov and, as if that was not proof enough of his enthusiasm for new places and experiences, Federer made it abundantly clear to press back at his hotel.

“As a world citizen I travel many different cities and countries. I have always heard of Istanbul and here I am now. The atmosphere [and] city are marvellous. I hope I’ll stay till the end of the week. I’m here for playing tennis but I expect to visit more of the city.

“I saw the pictures before I came and I was hoping it was going to be like this, so I’m happy it’s as pretty as it is and I’m really enjoying myself.”

As chance would have it, he could have played local favourite Marsel Ilhan in his opener on Wednesday.

“Marsel’s a very warm and funny guy. He has given me important information about Turkish tennis, and I’m sure that I’ll get to learn much more about it during the week. Marsel will face Jarkko Nieminen who’s also a close friend of mine in the opening round. I’ll be happy to meet whoever I play against.”

In the event, it will be Nieminen, but make no mistake: This has been part of a bigger picture for Federer, one that looks towards preparing well and being in peak condition for Roland Garros—and, beyond that, Wimbledon.

“The French Open clearly is a big goal of mine, but to play well at the French Open I need confidence and I need to play well, and I hope I can pick that up here in Istanbul and really win a lot of matches, preferably win the tournament. That’s why I’m here, at the end of the day is to win this.”

His biggest competition is No2 seed Dimitrov who reached the quarter-finals in Monte-Carlo via wins over Fernando Verdasco, Fabio Fognini and Stan Wawrinka. He, like Federer, lost to Gael Monfils, who was scheduled to be the No2 seed to Murray in Munich this week, but pulled out with a knee injury.

So what of Murray’s decision to play Munich? It will not have gone unnoticed by fans around the world that Murray married his partner Kim Sears just as Monte-Carlo got going, and so he picked the smaller Munich to open his clay campaign. Strange, perhaps, that he practised in Barcelona last week while many of his colleagues contested the title, but then there has been a lot else going on in Murray’s world, too.

His coach Amelie Mauresmo announced that she was expecting her first child, and Murray also took on the experienced Jonas Bjorkman to supplement his coaching team. Murray and Bjorkman will join forces for the first time this week.

“As a coach I don’t know him that well because we only spent a few days in Barcelona last week, but he’s a very calm guy. He has a very good way about him. He has a good work ethic. His mentality on the court is very good… We’ll see this week how it goes, but I get on well with him.”

Murray, though, is keen to get one particular burden off his shoulders. Among his 31 titles, nine of them Masters, two Grand Slams, he has yet to win a clay title, or even to reach a clay final.

“I’ve never played the [clay-court] 250 events in my whole career, and I thought it would be a good opportunity to come and hopefully have a good run here… I’d like to win a clay-court event. A lot of the times when I have played well on clay, I’ve lost to Rafa and to Novak, so I’m hoping I can have a good run.”

What better place to do it than at one of the oldest clay court tournaments on the tour, which invited him to cut its 100th anniversary cake when he arrived. With Monfils out, the defending champion Martin Klizan also withdrawing, and local hero and 2013 champion, Tommy Haas, watching from the sidelines, Murray’s chances look better than good. His form up to the end of the hard-court season saw him regain the No3 ranking via a semi run in Indian Wells and a final finish in Miami.

Not that there isn’t a strong field in Munich. There are five top-30 players including No16 Roberto Bautista Agut plus the talented David Goffin, two-time former champion Philipp Kohlschreiber and Fabio Fognini, not to mention the spirited Barcelona finalist Pablo Andujar, who beat Fognini and David Ferrer last week.

Estoril may see itself as the poor relation without one the ‘big four’ to make a spash: its highest seed is No12 Feliciano Lopez. But the draw is packed with clay expertise, including Tommy Robredo and a returning Richard Gasquet who is playing his first match since back injury cut short his Indian Wells campaign.

Also in the draw is the winner in Bucharest on Sunday, Guillermo Garcia-Lopez. Already with a first-round win, he will play Kevin Anderson for a place in the quarter-finals.