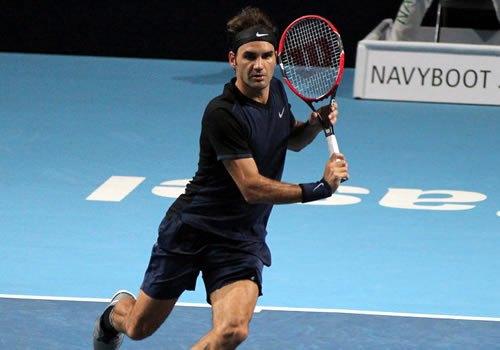 As the elite singles and doubles players in the world gather in London to play out the tennis tour’s finale, the scores are in for the annual ATP Awards. And not for the first time—and probably not for the last—Roger Federer and the Bryan brothers Bob and Mike, have proved to be champions off court as well as on.

For when it comes to their standings with fans and fellow players, this set of players has dominated the Awards, presented by Moët & Chandon, for more than decade.

It is the 11th time, and the fifth time in a row, that Federer has won the plaudits of his colleagues to claim the Stefan Edberg Sportsmanship Award. Still more impressive, he garnered 65 per cent of the public vote to win the ATPWorldTour.com Fans’ Favourite Award for the 13th consecutive year.

When it comes to doubles, the Bryans also maintained their long-standing popularity to pick up their 11th consecutive Fans’ Favourite Award, and they have also won the prestigious Arthur Ashe Humanitarian of the Year Award.

Should anyone think Federer’s global popularity is the inevitable consequence of the 34-year-old’s longevity on the tour and durability in the rankings, he won his first Fans’ Award in 2003—the year he won his first Grand Slam at Wimbledon but before he reached the No1 ranking—and has won it every year since. The 37-year-old Bryans, too, captured their first Fans’ Award just as they hit the top in 2005 and, as one of the few pairings to remain fixed and constant ever since, have created one of the most enduring presences on the tour.

Federer’s style of play in particular has long captivated fans across the generations, but his continued popularity also owes much to his accessibility —win or lose, on practice courts or at airports—and he has adjusted to the selfie era as deftly as to Twitter and Periscope.

Such fan support undoubtedly gives him great pleasure, but the Sportsmanship Award must surely give him particular personal satisfaction. He has now won it more than twice as often as the Award’s namesake.

Stefan Edberg, one of Federer’s own tennis heroes, claimed his fifth Sportsmanship Award in 1992, so when the Swiss invited the Swede to join his team two years ago—to ‘inspire’ as much as coach, he said—it immediately looked like a marriage made in heaven. And once Edberg’s famed serve-and-volley skill and astute tactical mind suffused Federer’s tennis, so it proved to be.

With these latest votes of confidence from fans and colleagues, Federer has now won a record 31 ATP Awards.

Year-end No1, singles
Novak Djokovic: The 28-year-old Serbian’s outstanding year ensured months ago that he sealed the No1 award for a second straight year and fourth time overall, following an unbroken stint at No1 since July 2014. This year, he reached all four Grand Slams finals, winning three, and claimed six Masters titles from eight finals. He has reached the final of every tournament played since winning the Australian Open, currently a 78-5 match-winning record. [See an appreciation of Novak Djokovic’s year here.]

Year-end No1, doubles
Bob and Mike Bryan remain in contention for this Award along with Jean-Julien Rojer and Horia Tecau, Ivan Dodig and Marcelo Melo, and Jamie Murray and John Peers. The Bryans have won the award 10 times before.

Star of Tomorrow (awarded to youngest player in top 100)  Alexander Zverev began 2015 ranked No136, broke into the top 100 in May, and reached a career-high No74 in June. The 18-year-old German reached the Bastad semi-finals and the Washington quarter-finals.

Most Improved Player
Hyeon Chung: The 19-year-old Korean climbed from No173 at the start of the year to a current career-high of No51, winning four titles on the ATP Challenger Tour and reaching the Shenzhen quarter-finals.
Other nominees: Borna Coric, Dominic Thiem, Bernard Tomic

Comeback Player
Benoit Paire: A knee injury in 2014 saw the Frenchman drop out of the top 150, but in 2015 he won his first title at Bastad and recorded his first top-five win over Kei Nishikori at the US Open, and then again to reach the final in Tokyo. He is currently at a career-high No20.
Other nominees: Aljaz Bedene, John Millman, Jack Sock

Tournaments of the Year
Announced during 2016 in three categories: Masters, 500 and 250

Arthur Ashe Humanitarian
Bob and Mike Bryan: The duo’s charitable foundation, Bryan Bros, raises money to “support and grow the dreams of children”, which it does by “identifying and supporting charities and causes that help at-risk youth survive and thrive”.

Ron Bookman Media Excellence
Linda Pearce: The Melbourne-based writer covered her first Grand Slam in 1988. As the long-time chief tennis writer for The Age, she has since covered almost 50 Majors, as well as four Davis Cup finals and multiple Olympic Games.