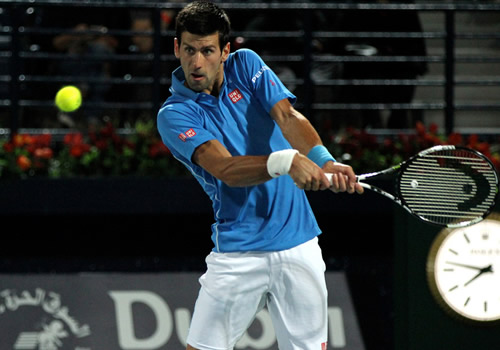 All four of the top four seeds were playing on quarter-finals day in Dubai.

And while each match had its own appeal, the popcorn line-up was, for most, the contest between two of the flair players on the tour, two single handers, Roger Federer and the man who, early in his career, many were dubbing the ‘new Federer’, Richard Gasquet.

The Frenchman had been through some stormy times since hitting it big at barely 20 years of age, rising to a ranking of No7 soon after his 21st birthday. And of late, his ranking had slipped again after some unpredictable form and results.

But this year, he seemed to be regaining some of that lost form, arriving here with the Montpellier title and two impressive wins in his first two rounds, three-setters over Andreas Seppi and the No7 seed Roberto Bautista Agut.

He and Federer had met 15 times before but their first and their last matches were arguably the most memorable and significant.

Back in 2005, when Gasquet was just a teenager and playing an already crowned Grand Slam champion, he came back from a set down to beat Federer in a final set tie-break at the Monte Carlo Masters, playing the kind of attacking, net-rushing, confident tennis that had slipped away over the years.

Their last was the deciding rubber in the Davis Cup final just two months ago, with Switzerland going for its first title and Federer in doubtful shape after pulling out of the World Tour Finals title-match due to back injury

But Federer rose to the occasion in stunning style, outplaying Gasquet for a straight-sets win. 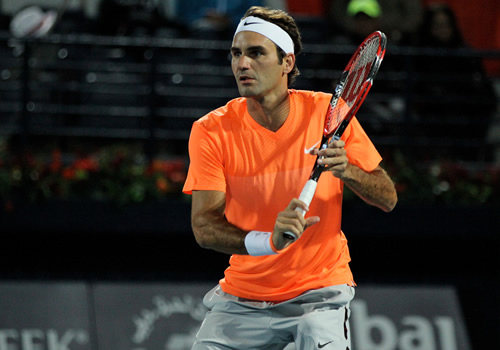 Roger Federer is through to the semi-finalsPhoto: Marianne Bevis

And that has often been the way through their rivalry. Since Gasquet scored his only other win over Federer, on the clay of Rome in another final-set tie-breaker, he had not won a set, nor even taken the Swiss to a tie-break.

Sadly, this latest contest would not even reach a second set, as the toll of the first two rounds on Gasquet’s body proved too much. Federer broke in the first game, and then twice more to race to a convincing set, 6-1 in just 20 minutes. At which point, Gasquet retired to huge groans from a hyped-up crowd that had packed out the arena for what they had hoped to a stylish and exciting contest.

The Swiss afterwards said he had noticed a problem almost at once, and as a man who has suffered chronic back problems though much of his career, he understood and sympathised only too well.

“I felt like I sensed it right away maybe when it happened… I know enough about the back and I know how horrible it is to play with that and how much worse it can sometimes become. So I guess if it is back, you know pretty much how bad it is a couple of points right after that. Especially being down 5 1 in a match like this it’s always going to be tough. It’s maybe better not to take any chances at this point.”

What it does set up for the deprived Dubai crowd is the prospect of an intriguing contest between Federer and a new star on the tennis block almost half his age. Eighteen-year-old Borna Coric had earlier taken out Andy Murray in a flurry of confident tennis, and he beat Rafael Nadal last October in Basel. At the prospect of playing Federer, the young man asserted: “I have nothing lose, just literally nothing to lose…. Just go on the court, enjoy, learn, you know, see how he’s playing.”

Federer was giving nothing away, other than to admit he knew the teenager was a handful: “I have seen some of it against Nadal in Basel, and then I only saw three games today. So other than that, I haven’t really seen him play much or at all, to be honest. So I think I can give you a proper answer tomorrow.

“But I agree probably he is more into the Djokovic kind of type of player—moves well. Bigger guy, as well. Can serve well. He seems to really play up when it matters against the better players. Today I think it was a great victory. Regardless of the level, to beat Murray 6 1, 6 3, it’s a great score. It’s definitely a message I get (smiling).”

So one to look forward to. Theirs will be the first of the semi-finals on final Friday, followed by Djokovic, whose comfortable ride to the semis continued with a 6-1, 6-1 win over the 104-ranked Marsel Ilhan, who until this tournament had not won a main-tour match since the US Open in 2011—when his opponent retired.

The top seed will play Tomas Berdych, who for the second time in as many days was forced to three long sets, this time by Sergiy Stakhovsky. Berdych will be looking for only his third win in his 20th meeting with Djokovic.