Roger Federer is not alone in looking and playing as well as he was two, three, even four years ago, writes Marianne Bevis 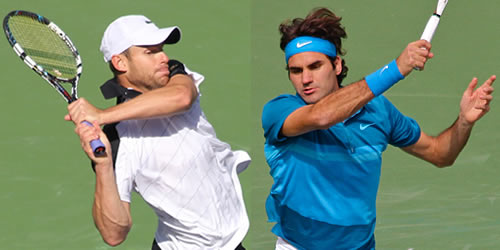 Since last August—the eighth to be precise—the questions have sounded like a dripping tap. Roger Federer turned 30 and it has been the talk of tennis ever since.

Sometimes it has come at him straight between the eyes and at others it has come via the back-door, sugar-coated by words like motivation, health or his heavy schedule.

In essence: Can a man with so many matches in his legs, so many trophies in his cabinet, a family in tow, and now in his 31st year, continue to find the fitness and desire not just to play this most demanding of individual sports but to win?

At Indian Wells, as though his actions in winning his 19th Masters had not done enough talking, he reasserted that 30 was no barrier at all.

“Some don’t understand how you can play tennis at 30 years old, which is shocking to me because normally that’s still when you’re young enough to play some of your best tennis.

“I think I am showing that since I turned 30 in August last year. That’s basically where my run began.”

By the time he faced his junior-tour friend and foe, Andy Roddick, in the third round of the Miami Masters, Federer had notched up 40 wins from 42 matches.

What is most interesting about that particular Federer retort is the inferred assertion that, at 30, he is still in his prime.

Interesting, because he is not alone in looking and playing as well as he was two, three, even four years ago. One look at Roddick—passionate, committed, hard working and determined to win even after losing 21 matches in 23 meetings against his nemesis—reinforces that belief.

Never before had these two met before the quarter-finals but did so now because Roddick has slid, via injury and lost confidence, to 31 in the rankings.

Yet they played in Miami just has they had played all eight of their Grand Slam matches, all four Slam finals: high quality, aggressive, problem-solving, energy-sapping, nerve-wracking tennis. One will be 31 in August and the other 30.

But they are far from a rarity. Two others in the top 10 are mature men enjoying some of their best form: No5 David Ferrer—30 next week—and No 8 Mardy Fish, who is already over the invisible threshold.

And the 30-year-olds keep coming. At No15, Feliciano Lopez is enjoying a career high. At No22, Jurgen Melzer, who broke the top 10 for the first time last year, has just won his fourth title.

At No25, Radek Stepanek—now 33—won his fifth singles title last year as well as his first Grand Slam title this year, the Australian Open doubles. Mikhail Youzhny (30 in June), Juan Ignacio Chela, Julien Benneteau and Carlos Berlocq—the last two at career highs—populate the 30s, five more men aged between 30 and 33 are ranked in the 40s, and between 50 and 100, there are 12 more.

Cast the net wider to take in 28-year-olds and one finds Florian Mayer who broke the top 30 a year ago and has now risen into the top 20: He just beat No10 John Isner in Miami.

Janko Tipsarevic, almost 28, improved over the last 12 months to break the top 10 by the end of 2011 and has resided there ever since.

And Juan Monaco, 28 this week, has broken into the top 20 four years after he was last there.

So while Federer’s record has proven one part of his assertion there are dozens of others proving his broader point—and it is telling that the ‘mature’ Roddick should be the one to end his 16-match-winning streak in Miami rather than the up-and-coming Ryan Harrison, or Milos Raonic in Indian Wells.

So what has happened to all the young guns who, not so long ago, seemed to power to the top within a couple of years of leaving the junior tour? What of the likes of Bjorn Borg who, in the 1970s, won his first Grand Slam before he had time to cut his 18th birthday cake?

Or the 17-year-olds Michael Chang, Mats Wilander and Boris Becker winning Slams in the 80s? Or, more recently, the remarkable Rafael Nadal taking, in 2005, a teenage record of 11 titles, including his first Grand Slam and four Masters?

In fact the number of players in the top 100 who have yet to celebrate their 21st birthdays are few and far between, marking, it seems, a trend towards a more gradual transition into the rigours of the senior tour.

It is, perhaps, a sensible reaction to the punishing nature of today’s tennis: more hard courts, longer baseline rallies, ever-higher fitness and training regimes, and incessant off-court demands from media, sponsors and fans.

One of the most promising of the young crop, however, seems to have been rising for a few years already, yet is still only 20. When Grigor Dimitrov climbed inside the top 60 last summer after taking Jo-Wilfried Tsonga to a four-set thriller in the second round of Wimbledon, it looked as though the flashy, Federer-influenced shot-maker had arrived.

But it was too soon. Indeed Dimitrov looked as though he had yet to flesh out the height he had added in the previous year, and he slipped one spot outside the top 100 for the first time in more than a year.

This week, however, Dimitrov has taken another step forward with his first victory over a top-10 player, Tomas Berdych, to reach the fourth round of a Masters for the first time. He could not make it two in a row by beating the experienced Tipsarevic, but the signs are good.

Meanwhile, though, Dimitrov’s contemporaries are also making strides. Harrison, for example, ended 2011 as the second youngest player in the top 100, and currently stands at 73.

Harrison had the dubious honour of playing Federer in the round before Roddick this week, and he put in a very mature, all-court performance to push Federer to a tie-break in the second set.

Last week, he did even better, reaching the fourth round in Indian Wells for the second straight year with strong wins over Viktor Troicki and Guillermo Garcia-Lopez. He very nearly beat Gilles Simon for a quarter-final place, too.

Last year, Harrison began to show that he could become the inheritor of Roddick’s American mantle, too. He cites Roddick as influential in his development—and has the same work ethic and commitment. He emulated his mentor by becoming the first US teenager to reach back-to-back semi-finals—Atlanta and Los Angeles—since Roddick did the same in 2002.

Like Dimitrov, Harrison showed his potential very early—he was only the 11th player in the Open era to win a match before his 16th birthday and the first since Nadal—but he also seems to understand that there are no short cuts.

Come the US Open series this year, where his powerful all-court skills seem most at home, the by-then 20-year-old seems certain to build on a really strong physical and mental foundation.

The third of the teenage triumvirate has looked, of late, in danger of running before he could walk. The youngest of three, Bernard Tomic flowered the earliest. He won the Australian Open junior title at 15—the youngest ever winner—and went on to win the US Open junior trophy the next year.

Last year saw the talent all come together in a quarter-final run at Wimbledon where he scored his first victory over a top-10 player, the No5 seed Robin Soderling.

He is now ranked 36, has made a semi-final run in Brisbane and a fourth-round finish at the Australian Open, but this week in Miami he showed that, irrespective of the big-man, 6ft 5in frame, there is still some maturing to do in the Tomic head. He exited in Round 2, despite a good first-round win, after a public spat with his father on court.

Make no mistake, though. Once the head catches up with the body and the talent, this man could go all the way.

There is, too, another clutch of emerging talents that seems to be developing without undue haste. Each of them is 21; each is climbing the rankings and starting to score wins over big names; each, it seems, has an eye on a long and durable career up to and beyond 30.

Raonic is the standout example, seeded 26 in Miami, the first ATP title winner born in the 1990s, and the ATP Newcomer of the Year for 2011. Amongst those 30-something title-winners this year, his name appears twice, against Chennai and San Jose.

He has had problems, though. In the midst of a surge of 125 places last year, he had hip surgery after Wimbledon, and he pulled out of Miami this week with an ankle problem. Raonic, blessed it seems with the head of a man 10 years his senior, may need to handle the physical development of his 6ft 5in frame with some patience.

Another is Vasek Pospisil, a 6ft 4in Canadian talent at a career high of 111—a rise of 230 places in a year—who played his first main draw event at his home Masters in Montreal last year, beat the No22 seed and was far from disgraced by Federer in the second round. He followed that with victory over Isner in Valencia.

So the future holds great depth combined with long perspective. Isner, reaching his first Masters final in Indian Wells a fortnight back, breaking the top 10 at the age of 26, talked of being a late-bloomer and the importance of balancing his education with his sporting ambition: “something to fall back on.”

His evolution seems, rather, to be the latest evidence of a fresh approach to this gruelling sport, one that aims to emulate the longevity of Federer and Roddick rather than follow Borg off the court for good at 25.

It is not only the men’s tour where maturity has found new achievements: See what the likes of Schiavone, Williams and Li have done for the women.