Roger Federer at 33: It’s not about the records, it’s the emotions

At 33, Roger Federer has upped the ante with a new racket, a new coach and some impressive form, writes Marianne Bevis 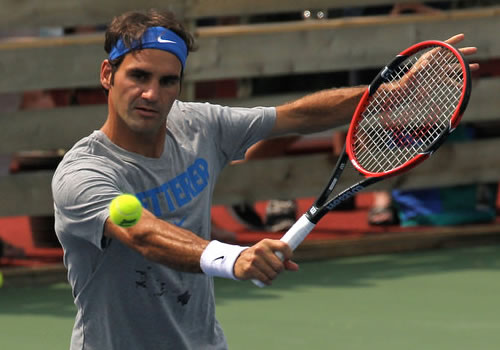 Remember the days when the tennis world could not stop asking Roger Federer if he would play in the London Olympics?

After all, a full 12 months before 2012, the mighty Swiss would turn 30. And that surely would mark, if not a decline in his powers then probably a decline in the desire to keep up the physical and emotional commitment necessary to stay at the top of this increasingly demanding sport.

Not only that, he was now the father of twins, and he had surely achieved all the records a reasonable man could want.

The evidence was there in his results, too, they said. He won the Doha 250 at the start of 2011, but by the time he turned 30, he had not added another title—and had not won a Grand Slam since the Australian Open in January 2010.

Of course Federer and history had other ideas. He went on a winning spree within a month of his 30th birthday, claiming Basel, the Paris Masters and the ATP World Tour Finals back-to-back, and as if to prove the point, he carried on where he had left off in 2012: The semis in Melbourne followed by the Rotterdam, Dubai and Indian Wells titles on the bounce—then the Madrid crown, the semis in Rome and Roland Garros and the Wimbledon title.

Retire? Far from it. He was about to put together his best year since the ‘glory days’. Not since 2007 had he won six titles in a season and not since 2006 had he played more matches.

And yes, he did play at London 2012, and he won a silver medal. He went on to win Cincinnati without dropping a set, and wound up the year with a final finish in Basel and at the World Tour Finals.

By the time he turned 32, though, the R-word was surfacing again after injury hit him at Indian Wells, he lost in the second round of Wimbledon, and got to the end of the year with just the Halle title to his name.

Now, the sporting world is just two years shy of the Rio Olympics, but Federer has every intention of being there, too. And should anyone doubt his commitment—and that core driver, passion for the sport—he has upped the ante with a new racket, a new coach, and the kind of form and fitness that men a decade his junior must envy.

Wins this year over Jo-Wilfried Tsonga, Andy Murray, Novak Djokovic, Tomas Berdych and Stan Wawrinka have cranked up the second most match-wins on the tour aside from Rafael Nadal. Federer then came within touching distance of the Wimbledon title last month. 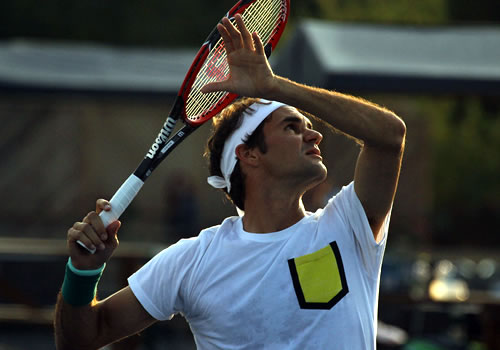 And all that with another set of baby twins.

As Federer moved from 32 to 33 at the appropriately named Rogers Cup in Toronto tonight, he was demonstrating all his grit, passion and physical stamina to get past a determined Marin Cilic, in almost two and three-quarter hours of gripping tennis.

At just after midnight in Toronto, therefore, I asked which of his tennis achievements over this long career has meant the most. His reply is below… but first, to mark birthday No33, here are 33 records that Federer already owns.

Won three men’s Major titles in a year 3 times: 2004, 2006, and 2007
Reached all four Major finals in a year three times: 2006, 2007, 2009
Only man to win at least 60 matches at all four Grand Slams
Shares record for most singles titles at three Majors:
Wimbledon: 7
US Open: 5
Australian Open: 4
Most Wimbledon finals: 9
Shares record for most Australian Open finals (with his coach Edberg): 5
Longest match-winning streak at US Open: 40

Most Masters match-wins: 296
Only player to win Masters title without losing a set or having serve broken: Cincinnati 2012

And what is Federer’s proudest achievement?

“For me, maybe becoming world No1—or winning Wimbledon probably: something like that. And just making it on the tour overall.

“It was not like a goal for me. It was more like a dream, you know? So, anyway, so much more than I ever thought it would be. I always say that. I know it’s a boring answer, but it really is the case.

“I just want you people to understand that – that one tournament more or less at this point doesn’t change much, but it’s in the emotions and in the grind or in the enjoyment or in the way that I play that I really can actually enjoy out there.

“But for me probably becoming world No1 in 2004 or winning Wimbledon 2003 were my biggest moments.”