It was a record that many had decided would elude Roger Federer.

When he fell from the No1 ranking in May 2010, losing in the quarters at Roland Garros—his first loss before the semis of a Grand Slam in six years—he was one week short of the record held by Pete Sampras: 286 weeks as the best tennis player in the world.

When Federer made an even more surprising exit in the quarters at Wimbledon, it looked to some as though the reign of one of the greatest players to pick up a racket may finally be on the wane. He was, after all, approaching the nether regions of his 20s and facing down his 30th birthday in just a year’s time. 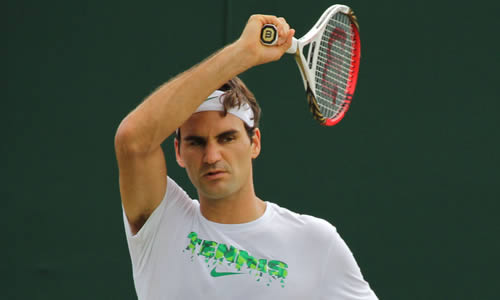 At home on Wimbledon’s grass, No1 beckoned

As Federer advanced into 2011 and failed to defend his Australian Open title, he was left without a Grand Slam title to his name for the first time since July 2003.

As the year went on, with his only title recorded in the opening week of the year in Doha, he lost to Jurgen Melzer in Monte Carlo, Richard Gasquet in Rome and to Rafael Nadal and Novak Djokovic many times over.

His loss to the Serb in Indian Wells saw him fall to No3 and when he lost in the quarters of Wimbledon again, it was now all about Djokovic, the new No1, and the man he had supplanted, Nadal.

There were then, by Federer’s standards, early losses at the next two Masters—the third round in Montreal and the quarters at Cincinnati—which were quickly followed by a match that seemed to confirm the doom-mongers’ words: the loss to Djokovic, from two sets up and holding two match points, in the semi-final of the US Open.

That took the margin between Federer at No3 and Djokovic at No1 to a huge 6,340—and still Federer had not won a title since Doha.

Then when Federer pulled out of the Shanghai Masters, he dropped outside the top three for the first time since June 2003. 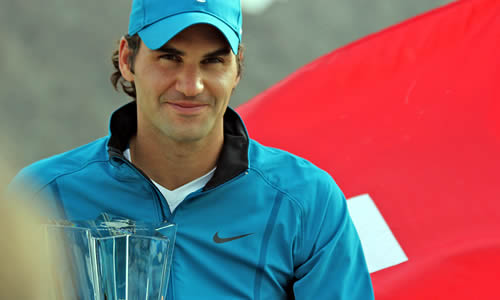 And so began the journey back. Revitalised and refocused, Federer took to his most successful environment—indoors—to win his last three tournaments of the year: a fifth Basel title, a first Paris Masters and a record sixth World Tour Finals title. In the process, he returned to No3 and began to close the gap on Nadal and Djokovic.

Back indoors in Rotterdam, Federer won his first 2012 title. Moving outdoors, he won his fifth Dubai title, then came the Masters title in Indian Wells—his fourth in the Californian desert—and, with his 20th Masters title in Madrid, he overtook Nadal, though just for a week, to reach No2.

Nadal filled the headlines at the end of the clay season as he regained the No2 spot, but his grass campaign floundered and, suddenly, the talk turned to Federer’s chances of reaching the top—if he could win Wimbledon. 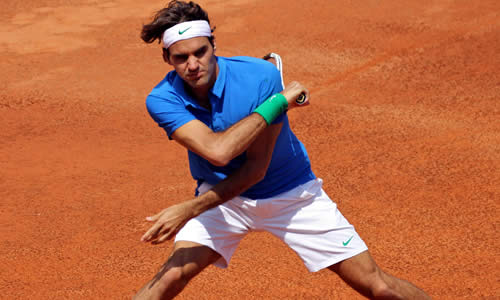 In the clay Masters, the Madrid title and Rome semi-finals

The result became history—literally. He reached a record eighth final, won a record-equalling seventh title and, sure enough, secured that vital remaining week at No1 to equal the Sampras record. This week, he goes one better to claim the record as his own: 287 weeks.

Since losing to Djokovic at Flushing Meadows last year, Federer has compiled a 63-6 win-loss run comprising eight titles—three 500s, three Masters, the World Tour Finals and Wimbledon—as well as the semis at the Australian and the French Opens.

It all adds up to 75 titles through 12 seasons. It comprises a record 24 Major finals and a record 17 Major titles.

He has reached 33 straight Grand Slam quarter-finals, an unbroken run of more than eight years: The next best is Ivan Lendl on 14. 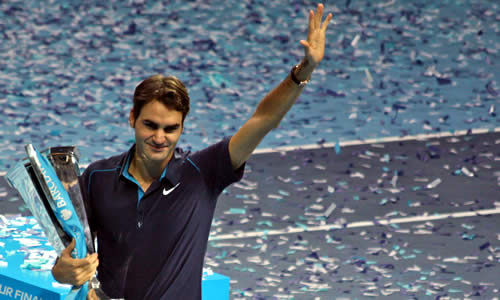 Signs of what was to come, winning a fifth World Tour Finals title, London 2011

He holds a record of 23 straight semi-finals—almost six years. The next best streak is 10, shared by Lendl and Rod Laver.

From the week he first rose to No1 in February 2004, he put together a run of 237 consecutive weeks—a full year and a half longer than the next man, Jimmy Connors’ streak of 160.

Federer’s return to No1 is very timely too. It means he will be the top seed as tennis returns to Wimbledon for the Olympics, setting another record: three Olympics as the No1 seed.

He will surely now hope for that last piece in the tennis jigsaw. Given his current form, the Wimbledon grass and 100 per cent fitness, this may well be Federer’s best chance to win the Olympic singles gold medal.

Not a bad way to celebrate his 31st birthday in three weeks’ time.