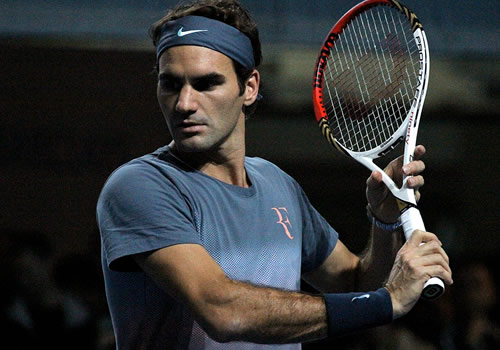 It turned into one of the most unusual post-match news conferences of the year when Novak Djokovic arrived after his round-robin victory over Roger Federer on, by chance, 5 November.

And while fireworks were going off all across the city of London, a few fireworks were about to explode within the quiet environs of the ATP World Tour Finals media centre.

Earlier in the day, news came through from the Court of Arbitration for Sport (CAS) that fellow Serb Viktor Troicki’s 18-month ban for failing to provide a blood sample during the Monte Carlo Masters had been cut to 12 months.

It was a confusing case from the start, with contrasting versions of why Troicki had missed his test. He asserted that he asked for permission to miss the test because he was unwell, and was given the OK to do so, but the ITF rejected this explanation. And even though CAS decided that he was not at “significant fault”—with no suggestion he intended to evade the detection of a banned substance—missing a test is a serious anti-doping violation.

Of course his illustrious Davis Cup team-mate was asked his views on the ruling, and such was Djokovic’s disgust that he had come with a statement in excess of 1,000 words. That in itself was unusual, but his outspoken views were even more striking, accusing the World Anti-Doping Agency (WADA) rep of not explaining the consequences clearly enough:

Naturally such comments were soon put to Djokovic’s fellow players, where the Serb found little support.

Nadal: “In the end we have rules. We can like or not bad rules, but we have rules. I am very sorry for Viktor because I believe him 100 percent. Probably the doctor make the mistake…but at the end he knows that he has to do the control when the authorities required. So was a big mistake.”

Andy Murray, not playing at the O2 but asked his view in a BBC Radio 5 Live interview, was as hard-line as he has always been on the issue:

“The reality is that there are rules and you need to stick to what the rules are. When we’re asked to go and give a drugs test, we must do that. That’s what the rules are. There has to be zero tolerance. A lot of players a few years ago were almost naive in thinking that stuff just doesn’t go on in tennis…To get the trust back from the public we need to show that we are doing the right things…We are professional athletes now: there’s no excuses.

But it was Djokovic’s opponent on Guy Fawkes night who, not for the first time, expressed equally strong views: that there was simply not enough testing.

“Last year when I was on the run—Dubai, Rotterdam, Indian Wells, when I won the three—and the year before that, I didn’t get tested in one of those three events that I won. For me, that’s not okay. You just show up and test a guy that’s winning everything. That’s sometimes what I struggle with.

He went on to express some sympathy with the Troicki example, but rather with the behaviour of the testing bodies than with the principles:

“Overall I trust the system. I think they’re all very professional. I just think it’s very important that they treat us like normal human beings, not criminals. It’s fine to treat a guy bad if the guy tested positive, the guy needs to feel the pain, but not if you haven’t done anything yet. That, to me, seems like that’s the case. So I appreciate that.

“It’s very important, I guess, that the guy who is next to you like a shadow—sometimes you don’t know who that guy is, sometimes they’re a little hesitant because you just lost a match and you look extremely angry so they don’t dare to talk to you—they should probably just introduce themselves and say what is going on. Then you run to the toilet, can’t go. It’s happened to me one time. Then the guy has to stay with you all night. It just becomes really complicated.

“But I do believe that when you are requested for a sample, you have to give the sample. It doesn’t matter how bad you feel. I’m sorry. Like the test the next day for me is not a test any more because what could have happened overnight, you know. I think it’s just very important to give the sample when you’re requested to give it because there you are in front of them and there is no way to escape any more. That’s where we just need to be extremely firm, I believe.”

It is not the first time that both Federer and Murray have spoken out for more frequent and rigorous testing. In the aftermath of revelations about the scale of doping in cycling during 2012, Federer also pointed out, at this very event, that he was not being tested as often as a few years ago:

“I feel I’m being less tested now than six, seven, eight years ago. At this moment, I agree with Andy [Murray]: We don’t do a lot of blood testing through the year. I’m OK having more of that. I think it’s important to have enough tests out there.”

Then in Rotterdam this February, he added fuel to the argument: “I didn’t get tested after the semi-final in Australia, which I told the people: To me that is a big surprise.”

Murray added soon after: “We need to ensure everyone competing is clean, and that comes with biological passports and more blood testing… It comes down to cost. Whoever is putting the money in, even if it means taking some of the money off the players’ earnings, that’s what we have to do.”

Federer, in Rotterdam, concurred: “Absolutely: I can only share that opinion. I think we should be tested more often in terms of blood as well…we should be doing biological blood passports, I think we should store things away, I think that would scare a lot of cheaters away. I think it’s important to make sure the sport’s credible and clean, and players don’t even get the idea they can cheat.

Earlier this year, indeed, the sport announced the introduction of an Athlete Biological Passport Programme, with tennis’s key governing and professional bodies also committing to increase the funding for more testing both in and out of competition.

The testing figures for 2013 have yet to be compiled so it is too early to assess whether this year’s changes have brought more expenditure and more testing. But in the Troicki case, that is not the issue: He fell foul of existing rules—for whatever reason.

As Federer said in Dubai earlier this year: “You’ve just got to go test those guys who are doing really, really well, but also in the Challenger levels, in the first rounds, so that nobody really falls through. Everybody needs to understand that this is really important for the sport’s integrity.”