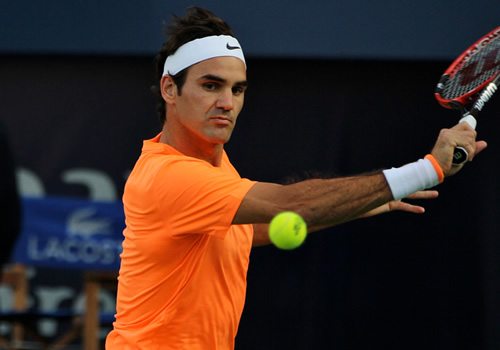 The semi-finals of this year’s Dubai Duty Free Championships certainly had a familiar look.

Not since 2003, the year that Roger Federer won the first of six titles here, had the penultimate day of the tournament been without him or four-time champion Novak Djokovic. Indeed on only one occasion in the previous 12 years had one or the other not made the final, and on only two had neither Federer nor Djokovic won.

It’s safe to say that both men, this year’s top seeds, like Dubai.

But only once before had the two fought for the title on the last day, and that was in 2011, a year in which Djokovic would not lose a match from Australia until Roland Garros, a remarkable unbroken run of seven titles that took in Dubai along the way.

But here they were again, the two who contested the No1 ranking late last year and were the last two standing at the World Tour Finals.

The question was, would Dubai be gifted the best possible final between two men whose rivalry already stretches to 36 matches and is, in many eyes, the finest of the match-ups among the top four?

First, though, they took on very different challenges. In the evening, Djokovic would play the No4 seed Tomas Berdych, finalist here for the last two years, for a 20th time. But before that came the intriguing prospect of the 33-year-old defending champion Federer against a new star on the tennis block almost half his age.

Eighteen-year-old Borna Coric had earlier taken out Andy Murray, and he beat Rafael Nadal last October in Basel. After losing 3-6, 7-6, 6-7 in the second round of qualifying in Dubai a week ago, he picked up a lucky loser spot and played two more tough three-setters before blasting the lack-lustre Murray out of the quarters. 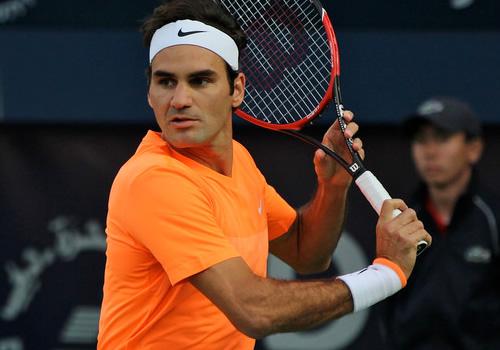 And that gave Coric, who has been praised to the skies by none other than Djokovic, two immediate claims to fame: the youngest ever player to reach the Dubai semis, and the first teenager to beat two top-three opponents since Murray in 2007.

A year ago, the young Croat had barely broken the top 300, now he was at 84 and playing the kind of tennis that many had seen coming from this confident, fast-maturing player.

He was not fazed by the prospect of playing Federer either: “I have nothing to lose, just literally nothing to lose…. Just go on the court, enjoy, learn, you know, see how he’s playing.”

Federer had seen a little of Coric in Basel, even less here in Dubai, but he would, he admitted, be doing some scouting before his first encounter: “He seems to really play up when it matters against the better players. Today I think it was a great victory. Regardless of the level, to beat Murray 6 1, 6 3, it’s a great score. It’s definitely a message I get (smiling).”

Whether or not Federer would make his ninth final, though, one new milestone was on the cards: Federer was just eight aces short of 9,000.

In the event, the conditions did not favour serving records. The wind got up and neither man really hit their stride. But after an initial five games with each mixing up errors with winners—Federer fighting off break points in the first game, breaking Coric in the second and the teenager breaking back to love in the fifth—it became a one-sided affair.

With Federer into his rhythm and now reading the game of his fresh opponent, he broke and broke again to take the first set, 6-2 in 27 minutes.

Coric looked frustrated: He is very expressive on court, geeing himself up when he plays a good point, berating himself when he misses a chance. And he had the odd chance in the second set as Federer’s first serve level dropped to 50 percent—though when he hit the mark, the point was as good as over.

The Swiss, meanwhile, looked exceptionally calm—he was clearly confident that his prep from coach Luthi had kicked in—and broke straight away. The young Croat did not even take Federer to deuce let alone earn a break chance in the second set, leaving Federer to race away, 6-1, in a scant 56 minutes.

It was nothing short of a masterclass from champion to pupil: A very good pupil but he was the first to admit he was far off the Federer level: “He was just way too good for me. I was feeling so rushed, you know. I didn’t have any time to play my game plan. I was just trying to hold in the rally as long as I can, and it was basically only thing I could do.

“I was nervous. I didn’t know what to expect exactly, because I never played him, you know… [But] this is almost a dream come true. I was watching him since I was I think maybe six or seven. I was watching him play Wimbledon, playing all the Slams. I was saying, I wish I could play with him one day, you know. And today I was playing against him.

“I’m just happy that I made the semi-final. I gave my best—my best wasn’t even close enough, but what you can do?”

Federer talked about his tactical approach for this first meeting: “I felt like after five games I knew more or less what to expect, and I realised what had worked until that point and what had not… Maybe I did have just a bit too much variety for him today, and I made it difficult. Clearly it was also part of the game plan to check him out how he was going to handle the slice and the speed, the chip and charge and the serve and volley a bit, and I’m happy for me it worked out very well.

“I can see why he has so far caused difficulties for some of the top guys and he still has a lot of room for improvement in his game. He does a really good job for a big guy. It’s unbelievable how now in the last 10 years we have seen so many big guys moving well from the baseline.”

Federer admitted he would try and catch some the ‘big guy’ who followed, Berdych.

“I played both [Djokovic and Berdych] last year, and both were tough matches. I’m looking forward to either guy. I’m going to try to catch a little bit of the match later.”

A nice position to be in.