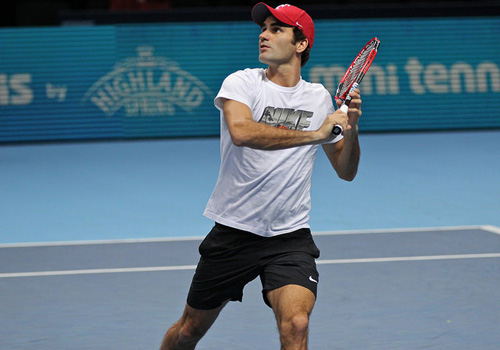 After a very a late finish on Saturday night after a two and three-quarter hour three-set thriller that took Roger Federer into his ninth World Tour Finals final, Sunday proved to be very different.

Having finish media obligations in the early hours, he left, wrapped up in coat and scarves, to finish his post-match routine and, hopefully, get enough rest to take on the best in the world, Novak Djokovic, the next afternoon.

The way I feel right now, there’s no way I can compete at any level really

But the twinge he felt in his back during the final stages of his semi-final victory over Stan Wawrinka, persisted despite pain-killers, physio and rest, and Federer gave up his campaign for a seventh title here by withdrawing—for just the third time since he reached his first career final in 2000—an hour before the scheduled final against the defending champion.

Federer chose this time to do his talking on court to the assembled tennis fans, then on his own fans on Facebook, and then beat a hasty retreat from the O2 without facing the media again.

Instead, he did a short interview with the ATP that put some flesh onto the bones of his injury.

“It’s a very disappointing end to the season. You know, I was playing so well here, had a great season so far. I was feeling great, you know, until yesterday’s tiebreaker. I felt all of a sudden the back was feeling funny,” Federer said.

“I tried to have treatment on it, medication on it, just tried to turn around as quick as possible really, but didn’t really feel that much of an improvement overnight.

“Then you don’t have a day off or anything to work with, obviously it’s not enough time to recover. The way I feel right now, there’s no way I can compete at any level really.” 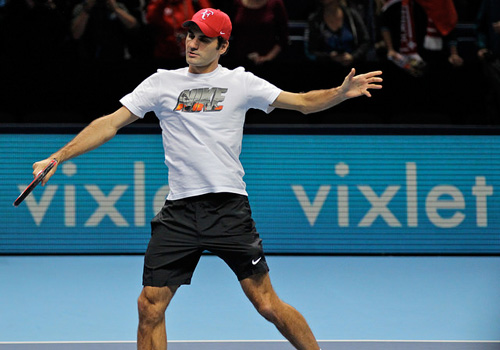 Of course, one concern for him, fans and his fellow Davis Cup colleagues, is how the injury might affect the Swiss campaign in the final that begins on Friday. He described it thus:

“I think you have some recurring things coming back from time to time. It’s not that much of a surprise. I must say I’ve been feeling really good for over a year now, which has been not a surprise, but it’s been very nice. So this back spasm, whatever it might be, it’s just not a fun thing to have during the day. It’s just uncomfortable. But I’m positive and I’m hopeful that it’s going to go away very soon.”

He went on to confirm that he still plans to go to Lille, where Switzerland takes on France:

“Well, recovery obviously as quick as possible, and then traveling to France at some point and getting ready on the clay for the Davis Cup final.”

He talked of disappointment, but remained what he has described as a ‘half glass full kind of man’.

“There’s this big disappointment about not being able to compete. You think of the fans. They must be disappointed. That’s why I also wanted to go out and tell them that I’m very sorry, I tried everything I possibly could to get ready.

“But that’s sports. When you’re not feeling well, you’re not 100 percent at a certain level, there’s just no reason to compete, especially if you’re taking more risk and making it maybe even worse in the process.

“But I’m definitely looking forward to 2015. It’s been a great year for me this year. I played some wonderful tennis, very consistent, very physical as well.

“I was able to play very aggressive tennis, which was actually a lot of fun to do. It was not just an idea I had. It was something I tried to pull through with, and I was able to do that on faster and slower courts.

“I feel like it’s going to give me extra opportunities next year again.”