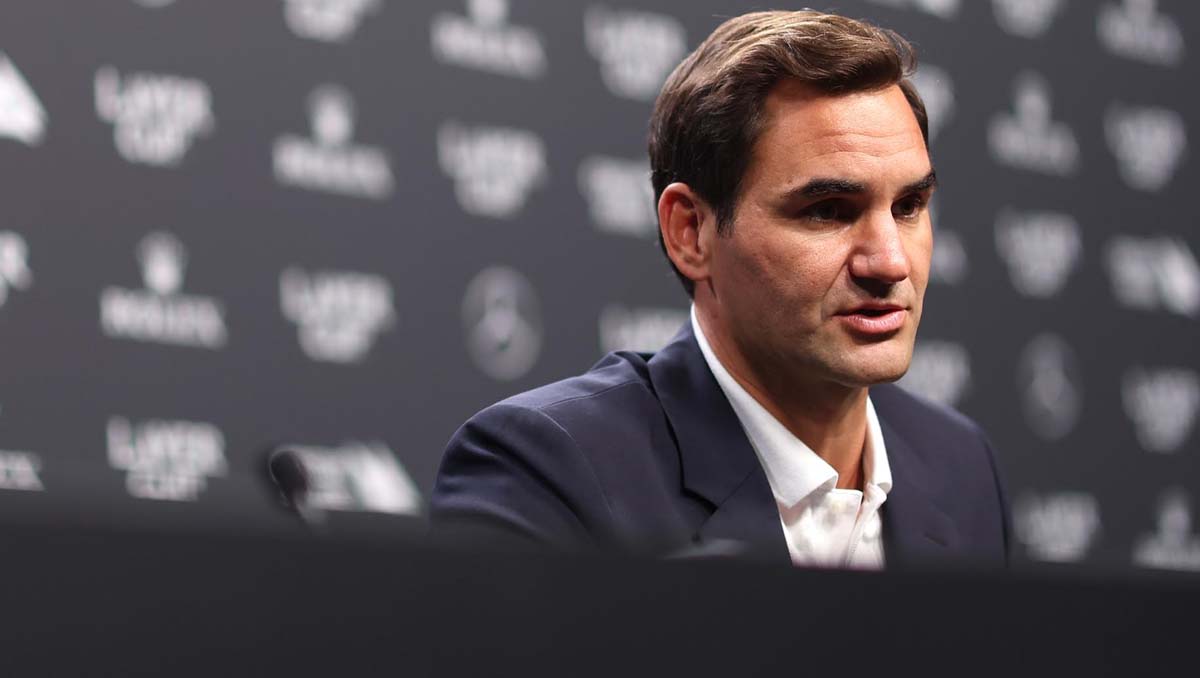 Roger Federer is back in London, the home of perhaps the greatest achievements in a career packed to the brim with glorious moments.

For there has been Wimbledon, where the Swiss star won the junior title in 1998, then beat his idol, seven-time champion Pete Sampras, in 2001. Federer was still just 19 years old, but it would be their only meeting, as Sampras retired the following year.

Two years later, and Federer began a dominance on the All England Club’s grass that would outstrip even Sampras—eight titles from 22 appearances. Federer’s run ended with his now-infamous quarter-final loss last year, when he endured his only 0-6 set on Wimbledon’s grass.

With it came not just desperate disappointment, as he has revealed several times this week, but the realisation that two knee surgeries and just a handful of matches during 18 months of rehab had not been enough to get his body back on track.

In short, his remarkable comeback of 2017, after just one knee operation, would never be repeated. The now 41-year-old Federer resolved, after a third surgery on the same knee, to face up to his inescapable retirement—and that meant he would never play on Wimbledon’s turf again.

But another corner of London had, over many years, also shown off the best of Federer. The ATP Finals moved to the O2 in 2009, and there he would extend his tally of victories to a record six. He may not have won here since 2011, but only once in 17 appearances did he ever fall short of the semis. And the only time he did not qualify in that stretch? It was the year of his first knee surgery in 2016. He had dropped to No17 in the ranks, but promptly returned in January to win his 17th Major at the Australian Open.

So London’s iconic O2 became the entirely appropriate court to host the final match of its greatest tennis champion. For this year’s Laver Cup—Federer’s brainchild, and now into its fifth iteration—begins this Friday, and what is more, it will feature for the first time all three of Federer’s great rivals from the last two decades: Rafael Nadal, Novak Djokovic and Andy Murray.

Perhaps it was all part of the grand scheme, for Federer has known for many months that retirement was imminent, though he told the media at his first full press conference that the timing and shape of the departure unfolded after a summer holiday with his family—and a bad-news scan of his knee.

The letter he wrote and published last week, along with a moving audio version, had, he revealed, been written over several days and in many versions. He was desperate to get it right, desperate to break the news ahead of the Laver Cup, and to give himself, his family and his colleagues time to absorb and adjust to the news.

That the planned appearance at his home tournament in Basel had been abandoned spoke volumes about his physical shape. Speaking first to the Swiss media in London, he revealed that he would not even play a singles match in the Laver Cup: It would be just one doubles match.

“So here I am trying to prepare for one last doubles, and we’ll see with who it is. I’m obviously, I don’t know, nervous going in because I haven’t played in so long. I hope I can be somewhat competitive.”

Then after Friday night, he will retire from the tournament and give way to Team Europe’s alternate, Matteo Berrettini, for the required singles duty. 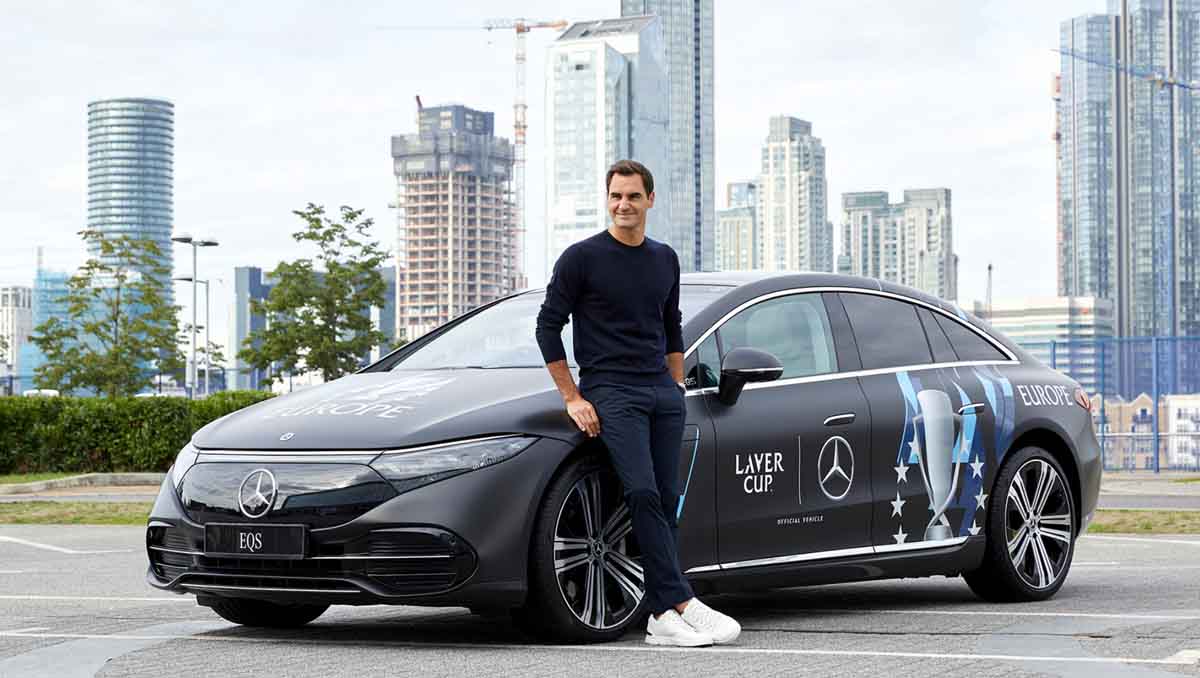 Asked who his preferred partner would be for the notable swangsong, though, he did not hesitate:

“Of course [I’d like it to be Nadal]. No doubt. I mean, I think it could be quite a unique situation, you know, for as long as we battled together to having always this respect for one another, the families, our coaching teams, we always got along really well.

“For us as well to go through careers that we both have had and to come out on the other side and be able to have a nice relationship, I think is maybe a great message as well to not just tennis but sports and maybe even beyond. For that reason, I think it would be great.”

Of course in theory, it will not be the decision of either Federer or Nadal—but it is hard to imagine captain Borg would deny them and the millions of ‘Fedal’ fans the chance for one last dance.

The two had joined forces once before, in the first Laver Cup in Prague. They had, too, faced one another on the doubles court early in their careers: Indian Wells in 2004—a win for Nadal with Tommy Robredo.

Indeed Nadal became a thorn in Federer’s side almost as soon as the precocious Spaniard got into his stride around 2006. Yet during his 30s, Federer began to eat into his negative head-to-head record, winning six of their last seven matches. All the while, their friendship grew over their years, and more than once they had played exhibition matches for each other’s charitable work.

So London’s O2 is not just the right city, right court, and right event for Federer to bid his farewell. It will very likely be the right partner, too, to share a truly emotional moment.

Federer held it together for his long press conference, pausing to take a calming breathe when asked if there were any regrets in his career.

“I mean, yes, of course you have regrets, but never really, because I do believe things happen for a reason… I’m happy it happened the way it did. I’m probably famous for having some tougher losses, as well, but then also dealing with them and seeing it as an opportunity to get better, to grow from it.

“I’m happy I don’t have flashbacks at tough moments in my career. I see more the happiness, me with trophy, me winning, my winning moments, and I’m happy that my brain allows me to think this way, because I know it’s not easy to sometimes push defeats and those things away.

“I mean, obviously as a tennis player, you also have to take tough decisions… I always believed I cannot let my team decide everything… I am in charge at the end of the day. I am the one at the centre, and I am the one to blame. I’m not going to start blaming others for things I decided. So that’s why I don’t feel like I have regrets.”

He used the word ‘bittersweet’ in that retirement love-letter to tennis less than week ago, and now he explained its meaning in a poignant conclusion:

“The bitterness, you always want to play forever. I love being out on court, I love playing against the guys, I love travelling. I never really felt like it was that hard for me to do, of winning, learn from losing, it was all perfect. I love my career from every angle. That’s the bitter part.

“The sweet part was that I know everybody has to do it at one point. Everybody has to leave the game. It’s been a great, great journey. For that, I’m really grateful.”

Then it came to an end, perhaps Federer’s last solo press conference: Surely any more will be alongside the men who have played such a huge part in this compelling, golden age. But if his parting thoughts are enough for him, they can be enough for the rest of us.

“Was I happy on and off the court, did I like my life on the tour? And I did. I think I had the best of times. Obviously the last few years have been what they have been, but I’m very happy that I was able to win another five slams from [my record] 15 on. For me it was incredible. Then I made it to over 100 titles—and all that stuff has been fantastic. Then just my longevity is something I’m very proud of.

“Don’t need all the records to be happy, I tell you that.”