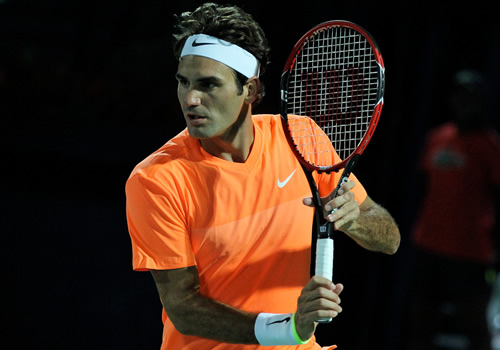 Roger Federer has admitted he felt that a “big burden” had been lifted with his decision not to play in Switzerland’s Davis Cup first-round tie against Belgium.

However, both players have opted not to take part in next month’s tie as they focus on the ATP Tour.

Asked by our reporter Marianne Bevis in Dubai on Monday afternoon if it had been a tough decision not to play, Federer replied: “No, it wasn’t a difficult decision.

It’s been a big burden for me throughout my career

“I have played for so long, and I think by winning it I can finally do whatever I please, to be quite honest.

“It’s been a big burden for me throughout my career and one of the things that have caused more difficulties in my life than many other things, I must say, because I always feel there is so much guilt put on you from the Federation or from the ITF more so than anybody else. So I’m happy I was able to finally tick that off and do it altogether.

“I didn’t do it just for that. I totally did it for the boys more than for me, to be quite honest. I just really wanted Michael and Marco and Stan to get it because they deserve it. So for me this year it was very clear that I was not going to play any more after this win, but I have to see how things go.

“I hope that Stan is going to play, you know, next round or September or whatever it’s going to be to keep us in the World Group. Who knows? You never know if they can win it without us, as well. It’s an opportunity, but clearly we are not the favourites now playing against Belgium.

“But I’m sorry for the team because the team is pretty much intact from the staff and from captain and everybody. They are all some of my best friends, so that was the tougher part of it, less the tennis itself.”

Asked if he had retired from Davis Cup duty altogether, Federer replied: “No, I didn’t say that. I don’t think I can, actually, as you know.”

Dubai 2015: Roger Federer sets out for title No7 with 16th Youzhny win