Let us celebrate the style of the man and his tennis, the aesthetics and athleticism on court, writes Marianne Bevis after Roger Federer's Australian Open win 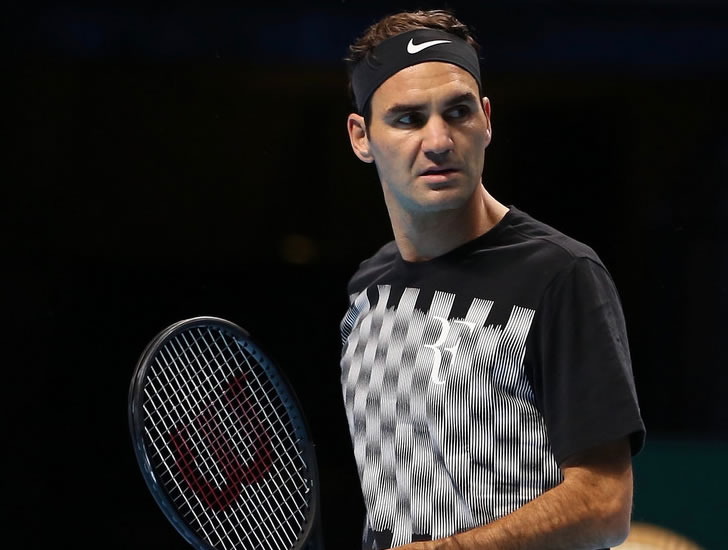 The 2018 Australian Open began with an unexpected comment from the defending champion, Roger Federer.

Confronted with the opinion that he was the favourite to win again in Melbourne this year, he said:

“With age, I feel like I play down my chances because I don’t think a 36-year-old should be a favourite of a tournament.”

He paused, then smiled, as if to say, surely that is obvious:

“Should not be the case… that’s why I see things more relaxed at the later stage of my career.”

Of course, to deny that he was the favourite was verging on the disingenuous. Yes, last year he had taken himself and many others by surprise in returning from six months away following knee surgery to win the Australian title.

But by the end of 2017, he had gone on to win Wimbledon for a record tally of 19 Majors, notched up a 52-5 win-loss run in just 12 tournaments, and won more titles than any of his peers, seven, having shared the Majors with Rafael Nadal and picked up three Masters.

He went 14-1 over top-10 opposition for the year, including four wins over his old rival Nadal, and during the autumn, he even had the chance to reclaim the No1 ranking. Instead, he took the more pragmatic path, and having already opted out of the whole clay swing, he missed the Cincinnati Masters, one of his favourite tournaments, and opted out of the Paris Masters. Nadal pressed on through every tournament and justifiably earned the No1 prize, but it still left Federer as the oldest end-of-year No2.

Now 36 years old, the question of his age and his remarkable durability is never far from every press conference, broadcast, and on-court interview. Federer is, without doubt, the poster-boy for veterans whenever he plays.

And of course, that ‘favourite’ tag has proved to be entirely justified following his compelling five-set battle with Marin Cilic late on Sunday night.

However that other assertion from Federer in his opening press conference proved to be far from accurate once it came down to the title match. He really did not “see things more relaxed”. Frankly he had been a bag of nerves, as his multitude of interviews revealed in the following hours.

His post-victory press conference: “I was just really happy, to be honest, that it was all done. I was so bloody nervous all day. It was eating me up inside. That’s why, when it was all over, I was just so relieved, to be quite honest.”

To Eurosport: “So much pressure at the end, the last couple of days have been terrible. I wasn’t sleeping well yesterday, today I was thinking about the match every minute of the day… How would I feel if I won, how would I feel if I lost. It was just building up in me, during the match as well, same thing. I think that’s why it was such a rollercoaster.”

To Jim Courier for Channel 7: “[At the end of the fourth set], I couldn’t stop the bleeding almost, it was terrible. He was in control, my mind was just all over the place, I was telling myself, ‘I’m so close right now, don’t mess it up,’ and that’s exactly when you mess it up, always happens!”

To the assembled media Monday morning at the trophy photo-call in Melbourne:

“It’s a lot to take in. Last year it was a bit more straight forward, but this year it feels more surreal. Maybe this is going to take longer to sink in… I’m not sure how much I really felt like I could defend it. I felt, just like last year, that something was going to come in its way, one guy was going to catch fire and I was not going to be able to stop him.”

And of course there was his very public display of emotion during the presentation ceremony. He battled to keep it under control, going through the motions of thank-yous and congratulations, but tripped over his words. Sure enough, before he was done, the tears flowed.

For a man who has cultivated such a contained and calm persona on court, it often surprises the casual followers of tennis just how often the laid-back Swiss wears his heart on his sleeve. Yet it is a rare Major triumph where he has not shed a tear, and it was in the very same spot almost a decade ago that he was so overcome with emotion after his loss that he could not speak at all. A gracious Nadal stepped up, gave a consoling embrace, and took to the stage in his place.

Just like all those years ago, he later confessed that it was “awful”, “embarrassing”, that he thought he would be able to “keep it under control” if he pressed on. He was wrong again.

And may he continue, occasionally, to be wrong. For despite that fact that he will be approaching his 37th birthday come July, it is hard to see beyond him as the favourite again come Wimbledon.

It is also possible that he will make it back to No1 in the next month or so—though his own careful, restrained scheduling, along with Nadal’s results through Acapulco, Indian Wells, and on into the clay season, will play a part. That the tennis world is talking about it at all, 14 years after he first reached No1, is remarkable.

How long can he keep it up, then? How many more records can he break? Well, he may relish the temptation of scoring a century in career titles: He now stands at 96. He may even like to give chase to the women’s—and all-time—Major records, though he was quick to dispel any such ambition to the media this morning. He was, he stressed, more than happy to have made 20.

Indeed, he has as many trophies, records, and accolades as any man could want—and in a nod to his Melbourne victory, 20 of the most notable are listed below.

But let us also celebrate the style of the man and his tennis, the aesthetics and athleticism on court, the courtesy and generosity off court, the man who still cannot control the emotions when it comes to tennis. Long may he continue to wear that heart on his sleeve.

It’s a score: Not just 20 Majors—20 records across the board

20 years ago, in 1998, Federer won his first main-tour match, in Toulouse, plus the singles and doubles titles at Junior Wimbledon, and he ended the year as ITF No1 junior. 20 years on, here are just some of the Swiss player’s accomplishments.

2. Most Major singles finals, 30, and most consecutive finals, 10

19. Oldest champion at Wimbledon and at any Masters tournament