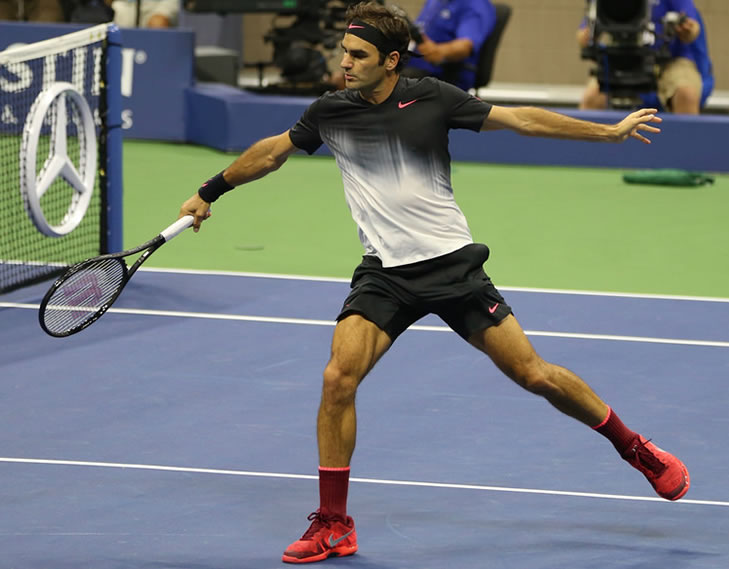 It has become one of the most compelling rivalries in tennis, the 23 matches played by Roger Federer and Juan Martin del Potro, for many of their contests are among the most memorable of the last decade.

Take three of their earliest, just as del Potro was turning from 20 to 21 in 2009. The signs of the big Argentine’s power and promise we clear, even on the clay of Roland Garros, where he took Federer to five sets in the semis. Three months later, he denied the defending US Open champion in the final to become one of a rare breed this millennium, a Major champion.

And it was no flash in the pan: He beat Federer again in three sets on his way to the final of the World Tour Finals in London.

In 2012, they would meet no fewer than eight times, including another five-setter at Roland Garros, when Federer had to fight back from two sets down in the quarters. A couple of months later, they would be part of a record-making Olympic battle in London, with Federer surviving 19-17 in the decider.

And as if that was not enough, del Potro went on to beat Federer in the title match at the Swiss champion’s home town, Basel—and would repeat the feat the next year. Then once again, at the end of that same year, del Potro got the better of Federer at London’s O2.

The Swiss bounced back to win the next three contests, twice going the distance to do so, but this year, just to rub salt into the wound, del Potro again stopped Federer at the US Open, this time in the quarters, and their subsequent match in the semis of the Shanghai Masters, won by Federer, also went to a deciding set.

Little wonder, then, that the Argentine, who backed up his US Open and Shanghai runs with the title Stockholm last week, was once again looking mighty dangerous—so dangerous that he had worked himself from a ranking of 42 at the end of February to now be in contention for the World Tour Finals.

And while the Argentine had beaten both Roberto Bautista Agut and defending champion Marin Cilic to make the final, Federer’s form this week blew hot and cold: excellent against Frances Tiafoe, shaky against Benoit Paire, discombobulated against Adrian Mannarino, but dazzling against David Goffin. It would need to be dazzling again if he was to avenge those two title losses in front of his home crowd.

It started well enough with an immediate break of serve, but Federer would hand that straight back in the second game. He would then have multiple such chances through the 65-minute set, missing a break chance in the fifth game as del Potro cranked up his famed forehand for three straight winners.

Federer had two more in the seventh game, courtesy of his own forehand, but del Potro aced to hold. At last, the Swiss got his breakthrough in the ninth game to set the chance to serve out the set: del Potro broke back, and they headed to a tie-break.

No problem, the home crowd thought when their hero went 3-0, but del Potro is a remarkably athletic and mobile man for his size, and was not afraid to come to the net when necessary. Nor was he afraid to throw up a perfect lob to drive Federer back and take control for the lead, 4-3. The Argentine won six straight points, and closed out the set 7-6(5).

The problem on Federer’s side was clear: he had struck only 43 percent of first serves into play, and that opened the door for del Potro to drive his ground strokes deep and fast, keeping Federer at bay.

However, neither could convert a couple of break chances in the second set, though the Swiss error rate continued to rise—up to 30 by midway through the set. But he saved his best for the decisive game, made his first drop-shot winner, then a clean volley, and broke with a forehand winner. It sealed the set, 6-4.

Yet Federer seemed struck by a brainstorm at the start of the third set, thumped a dreadful volley long, and then mistimed a net approach for the break. Time to refocus, and quickly, and that is what he did. He broke back, held, took advantage of a couple of second serves from del Potro to attack again, broke, and held for 4-1.

Federer flirted with danger again at 4-2, facing down 0-30, but finally served out the win, 6-3, after more than two and a half hours.

It may not have been the prettiest win of the year for Federer, but it was no less memorable for that: Here was resilience, passion, and a dash of bloody-mindedness—the kind of qualities that have not just brought del Potro back time and again from injury, but also Federer.

When the Swiss underwent surgery early last year, picked up back problems as he worked his way back on clay and grass, and pulled the plug on his year after Wimbledon, many thought this may the time for the holder of so many records to call time on his career. After all, he turned 35 during that recuperative summer, had two sets of twins at home, and plenty of other off-court interests.

Not a bit of it. Ranked No17 in January, he returned to win two Majors, three Masters, and now his second ATP500.

This eighth Basel title, achieved against one of his most challenging rivals, takes him past Ivan Lendl into second place with 95 titles, he leads the tour this year with seven titles, and he also leads it in top-10 wins, 11-1.

No wonder del Potro could not resist commenting on Federer’s physical fortitude:

“You’ve been playing great tennis this year. You are in fantastic shape, it’s unbelievable. I would love to be at your age in the same form, [smiling] but I don’t think so.”

Yes, the Argentine’s body has let him down many times, but when he is fit, he is truly formidable. Many will hope he has enough left in that big tank to pick up the necessary points in Paris next week to make it all the way to London.