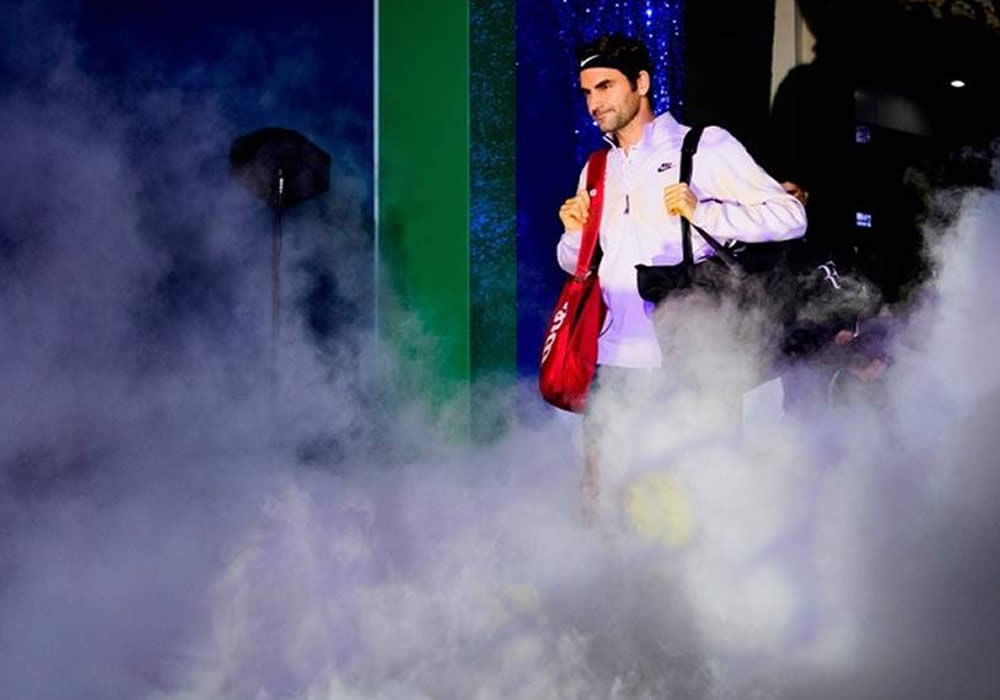 Rafael Nadal and Roger Federer played the first of their 37 matches more than 13 years ago. Since then, 23 of their meetings have been finals, and their 38th meeting would be a final too, their third of 2017.

It is four years since these superstars of tennis went toe-to-toe four times in a season, but not since the heyday of this most charismatic of rivalries, in 2008, had they played so many title matches in a season.

This was not the only thing in common with 2008. Back then, these two were kings of the castle, Nos1 and 2 in the world—Nadal taking the top spot from Federer for the first time in his career after Wimbledon. He would go on to end the year as No1 for the first time, and all the signs this year were that he would do so again.

But until August, it was touch and go which of the two men may take the No1 spot from Andy Murray, a scenario made all the more compelling by where they had been precisely 12 months ago.

Federer had not played a match since Wimbledon after having knee surgery at the start of 2016, and he would not play again until 2017. Nadal pulled out of Roland Garros with a wrist injury, returned for the Olympics, but by the Asian swing, he had to draw a line: After losing his first match in Shanghai, he also did not play until 2017.

Come Australia 2017, then, and Nadal and Federer were ranked No9 and No17 respectively, but then the reinvigorated champions cut a swathe through the season to share the four Majors and win two Masters apiece. Federer would afterwards pull their story of resilience and determination into finer focus:

“It is a wonderful moment in my career to be back here playing so well against my good friend and rival Rafa… Almost a year ago to this day, we were in Majorca to open Rafa’s academy. We didn’t think maybe we were going to have the year we did—I definitely didn’t—so it’s nice to share this court with you today.”

For this latest bout, there were small advantages on both sides.

The fast courts suited Federer’s aggressive style of play, but were also reaping rewards for Nadal’s more powerful and varied serve. The closed roof favoured Federer 5-1 in previous matches, but Nadal still had a big career advantage over Federer, 23-14, despite the Swiss dominance over the Spaniard in Australia, Indian Wells and Miami.

Nadal had played his semi-final yesterday afternoon, giving him several more hours of recovery time over Federer, who did not get home until after midnight. But then Nadal had more matches in his legs, having won the Beijing title before heading to Shanghai. His heavy season, now up to 74 matches plus three more during the Laver Cup, perhaps explained the strapping to his right knee, a once-familiar sight but not once this year.

Federer made his intentions clear from the first ball: attack and take time away from Nadal. In the very first game, the Swiss cracked two backhand returns of serve to work two break points. Nadal’s great serving saved the situation, but Federer went for the lines and got another bite of the cherry. A backhand return, followed by another down the backhand wing, and Federer had an immediate break.

A quick hold and he led 2-0, and kept up an extraordinary pace—during and between shots—to deny Nadal any rhythm. It was audible in the syncopated rallies: Federer taking the ball much earlier than Nadal, his anticipation and reflexes super sharp.

Nadal’s fine serving kept it tight, but Federer slotted in a four-ace game in 50 seconds to consolidate 4-2. The Spaniard reciprocated to hold for 4-5, but another love hold, closed out with an ace, and Federer had the set, 6-4.

The stats said it all: Federer had hit 16 winners for just five errors, and dropped only four points on serve. The question was whether Federer could maintain such a high standard, because Nadal was not playing poorly, and was serving extremely well: 77 percent of first balls into play. That continued as he opened the second set with two easy holds.

But come the fifth game, Federer stepped in to take a backhand on the rise, fired another winner down the line, made an angled forehand return of serve, and it was break point. Nadal survived, but a crisp volley winner from Federer brought up another. And even in one of the first extended rallies of the match, Federer dominated to break.

The Swiss dropped just one point in his next two service games, and then went after Nadal’s serve with uninhibited alacrity. He broke again for game, set and match, 6-3, after 72 minutes of near-perfect attacking tennis: 28 winners, 11 errors, and not a break point offered. The Sky commentators summed it up: “Simply magnificent.”

This marked Federer’s 94th title—joint second in the all-time list with Ivan Lendl—and his 700th win on a hard court. He draws level with Nadal on six titles this year, and keeps just one toe in the year-end No1 water.

And the champion afterwards revealed that, while his health will come first, he has not discounted the possibility of reaching the ranking pinnacle once more.

“I don’t even know what it takes to be honest, I just know the World Tour Finals is a must and probably Paris and Basel too—and that all depends on how Rafa plays. So it’s a wild thought, that’s why I’m not thinking about it at this point. I was thinking about it in the Montreal final… but it didn’t work out the way I was hoping.”

Federer did, in fact, pick up a back injury in that final, bypassed Cincinnati, and fell in the quarters at the US Open. Such is the uncertainty and unpredictably of this most physically and mentally demanding of sports.

“I just try to be healthy now, and decide with my team when I go back to Switzerland whether I play Paris [the last Masters of 2017] or Basel, one or both or none, because London is my priority, I really want to win the World Tour Finals. Everything that comes from here is a bonus, and world No1 is a long shot. I don’t think it’s going to happen, but if I play like this, maybe I can come close.”

If he plays like today, and Nadal begins to feel the weight of the 75 matches already in his legs, the race could go down to the wire, as it did last year between Murray and Novak Djokovic.

Neither of those men, nor Stan Wawrinka nor Kei Nishikori, can halt the flow: All are out for the rest of the year. Perhaps, then, it will the younger legs of Alexander Zverev, Dominic Thiem, Grigor Dimitrov or David Goffin who will determine which of the old guard wins through.

But just a year ago, how many fans or rivals really expected the 31-year-old Nadal and 36-year-old Federer to be dominating the scene—and competing with each other for the year-end No1?