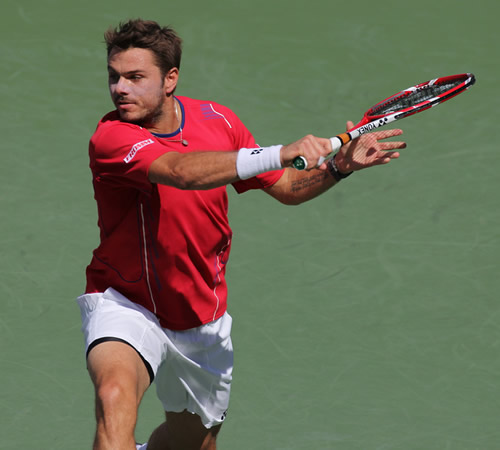 Roger Federer insists he would be happy for Stanislas Wawrinka if his compatriot pips the 17-time Major winner to the final ATP World Tour Finals spot.

The 32-year-old is aiming to compete at the end-year even for the 12th time but needs to perform well in upcoming tournaments in Basel and Paris to cement his place in the tournament at The O2 in London next month.

Federer’s fellow Swiss Wawrinka is among the players in the running to make an appearance at the season-ending tournament after an impressive end to 2013, reaching his first Grand Slam semi-final at the US Open.

While the seven-time Wimbledon champion wants to be in the English capital next month, Federer would be happy if Wawrinka got a place at the expense of his senior Davis Cup team-mate.

“If that meant I would miss it, I honestly don’t care: It means he was the better player for the year.

“I’m always happy for his results, to the degree that I’m almost happy if he beats me, like the one time in Monaco.

“So for me, I don’t see it as a rivalry as such—or that I have to do better than him.”

He added: “We’ll see at the end of Paris how it’s all going to pan out. But clearly with Murray not playing, it gives an extra spot and a little more air for both of us.

“I’m happy, and I would be happy for him as well because that would also means he had gone far.”

For Roger Federer, the fanfare from ‘special’ Basel still rings out