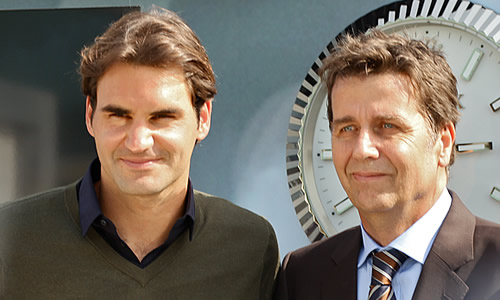 In an unprecedented step, the biggest of the tennis Grand Slams, the US Open, has announced a second rise in its prize money just three months after making its first statement on the 2013 championships.

The revelation came in a broader proposal from the US Open’s governing body, the USTA, about long-term changes to the prize money and schedule at the New-York based tournament, the last of the four Majors in the tennis calendar.

The statement, made during the prestigious Sony Open Tennis Masters/Premier tournament in Miami this week, went on to announce changes to what has been an equally contentious issue for the players, the US Open’s unique schedule.

The USTA, in December, attempted to address the players’ demands for a day’s break between the semi-finals and the final by adding a third Monday to the schedule. This enabled the tournament to preserve its “Super Saturday” tradition of playing the men’s semis and women’s final in one day.

But since the last five years had been forced to an extra Monday by inclement weather, the proposal did not find widespread support.

Now, though, despite the ‘third Monday’ remaining in place for 2013 and 2014, the US Open will then fall into line with the other three Majors and schedule the men’s final on Sunday and the men’s semis on Friday. The women’s final will continue to be played on Saturday.

This brings to a conclusion, for the time being at least, the multi-stranded debate about a fair distribution of money, responsible scheduling and the players’ welfare that has run like an open sore through the last 18 months.

The players became particularly vociferous during extended rain delays at the 2011 US Open, and the top four—Roger Federer, Rafael Nadal, Novak Djokovic and Andy Murray—went on to meet with fellow players and representatives of the Grand Slams not just at last year’s Australian Open but also at Indian Wells, and changes did begin to emerge as the purses for the Majors were announced.

The prize pot for Wimbledon rose by 10 percent—its largest increase since 1993—to £16.1 million, with the biggest percentage increase given to players knocked out in qualifying and in the early rounds.

The move followed a similar announcement by the organisers of the French Open. There, the purse went up by almost a million euros to a total of €18.7m (£15m), with first-round losers getting a 20 percent rise.

Then at the US Open, the prize money went up by a $1 million to top $25.5 million (£15.7M) with players falling in the first three rounds getting an extra 18 per cent.

But discontent still simmered around the corridors beneath the Arthur Ashe stadium last September, exacerbated by more rain delays and another concertinaed schedule for the concluding weekend. There were even rumours of strike action at the next Slam, in Australia, if things did not take a substantial turn.

As the first Slam in the tennis calendar, despite already boasting the biggest prize pot of the four, the Australian Open announced another increase that poured oil on the waters before the next players’ meeting at the Shanghai Masters last October. Murray affirmed: “They’ve obviously listened to the players and the ATP, and have made a real effort to improve things.”

Federer, who heads the Players Council, was more guarded: “It is nice to see they have made a move. Is it significant enough? I’m not sure. We’ll see how things play out…”

Perhaps it is not surprising, then, that the December announcement from the US Open outlining an increased purse, but one that fell short of Australia’s, was received less well. The ATP, indeed, made a speedy and unusually forthright statement. As well as criticising the decision to play a Monday final, it said of the prize money: “Over the last nine months the ATP and its players have asked that the US Open fully recognise the fundamental role of the players in driving US Open revenues, which are the largest in our sport.

“The ATP therefore remains committed to continuing discussions on this issue, with the objective of ensuring that the players’ share of the revenues at the US Open truly reflects the value that they generate for the event.”

It was clearly back to the drawing board, though any progress behind closed doors remained under wraps. Inevitably Federer, as the elder statesman on the Players Council, now in his third two-year term, rarely escaped a tournament without being probed for comments but gave little away. Typical was his response at the World Tour Finals: “As you know, as long as I’m the president of the Player Council, I won’t discuss with you guys in the media…

“It’s important for me to really get all the information so I can also give my opinion and speak to the fellow Council members, because, like you mentioned, it’s an important issue.”

He is not playing the Miami Masters, where the changes were formally presented to the Players’ Council, but took part in the meeting by phone, and this time was much more enthusiastic about the results:

“This excellent outcome for the sport of tennis wouldn’t have been possible without the open-mindedness and fairness of USTA President Dave Haggerty and the USTA staff. They approached our concerns with a true spirit of partnership, and as President of the ATP Player Council I am personally grateful for their support. Everyone I have spoken with is excited about the increases in prize money, as well as the agreement to change the schedule for 2015 and beyond.”

ATP executive chairman and president Brad Drewett concurred: “These increases are the largest in the history of the sport, representing a significant step forward in truly recognising the input the players have in the success of the US Open…

“The ATP and its players, led by Federer, have been encouraged by the recent co-operative approach taken by the USTA in listening to player concerns on these matters, and are pleased to have reached this long-term understanding through 2017. We appreciate the productive manner in which the USTA, as well as Tennis Australia, have engaged with the ATP over the past 12 months. We remain committed to ongoing discussions with other Grand Slam tournaments in this regard.”

So now the tour awaits the results of those further discussions in the announcements on prize-money from the French Open and Wimbledon. But it’s hard to believe either will want to be put in the shade by their Australian and US cousins, especially when, as the USTA executive Gordon Smith pointed out:

“Roger Federer said it perhaps best of all: It’s time for us to work together, as opposed to working against each other.”

Find out more about the long-standing debate over the US Open schedule by clicking here.