Rome Masters 2013: Marianne Bevis rounds up some of the quotes and images from the WTA and ATP tournaments at the Foro Italico 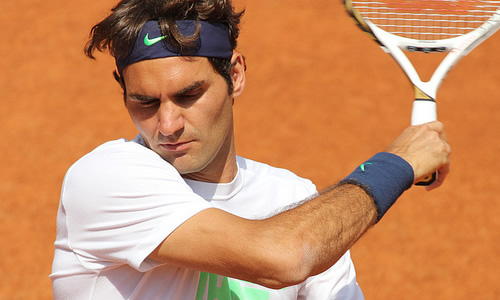 Rome is the last major stop on the way to the clay-season climax at Roland Garros in around 10 days’ time.

The sun-drenched, marble-white Foro Italico, and its burnt-orange courts will help the best in tennis to ready their feet for Paris. On the men’s side, 29 of the top 30 players fill the draw, and on the women’s side it is the same story.

View of Rome Mk1: Sharapova in press: “I’d be obese and in debt, so it’s good that I have have something to do, as this city is dangerous for the figure and the wallet.” 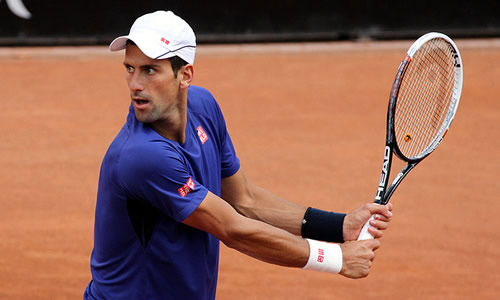 Rafael Nadal, fresh from winning his 23rd Masters title in Madrid, his sixth title of the year, will seek his 24th in Rome—which would be a record seventh here. More important, perhaps, this will be his last chance to re-enter the top four seedings for the French Open.

His compatriot, David Ferrer, will be doing all in his power to keep the No4 ranking for himself: He is only 25 points ahead, but if he reaches the semis, he will hold off Nadal, the man who beat him in his only Rome final, in 2010. It was also Nadal who beat him in the Acapulco final this year, though Ferrer came mighty close to defeating his nemesis in Madrid last week, winning the first set but finally running out of steam second set tie-breaker. 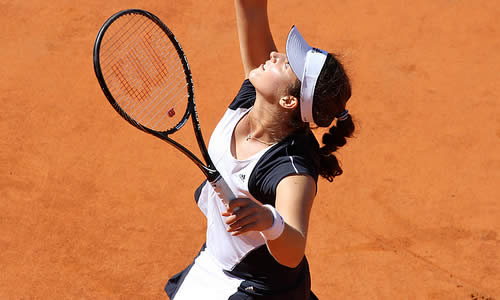 Nadal leads the men’s tour with a 31-2 match record, with Ferrer right behind him with 30 wins.

Roger Federer is not only aiming to win his first Rome title but his first title of the 2013. It is the longest he has gone without a title in a season since his first in 2001, the first time without a final since 2001. He has played less than usual, using an extended break to work on fitness and form: He comes to Rome optimistic of going one step further than his two finals here.

Federer on not using doubles to get more court-time: “I didn’t consider it one moment to play doubles here. In the past I’ve always played with Stan or Yves, and Yvse’s retired now and Stan’s in Madrid…I really wanted to work on the singles now, and I don’t enjoy the doubles enough any more, to be quite honest, you know? From time to time it’s OK…but I’m not just going to play to help my singles.”

Novak Djokovic is a two-time winner here but lost the title to Nadal last year. He is passionate about Rome and Italy, speaks the language fluently—“feels like a native”, he told the press. He could face Nadal in the semis this time around, and if he wins the title, he will reach 500 career match-wins.

Djokovic on his ankle: “I am already slowly starting to release the protection for my ankle and I feel more and more stable on it—and there is no pain, which is great. I’m confident in the next few weeks I’ll be able to play without anything on my ankle.” 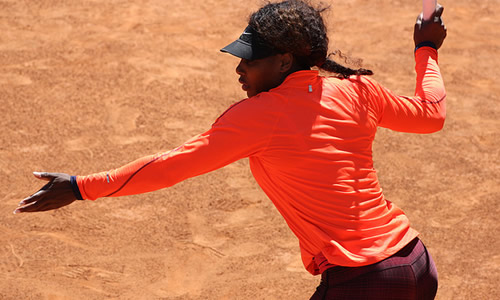 Andy Murray, too, has taken time away from competition to work on clay, courtesy of an early loss in Monte Carlo. He finds the transition to the red stuff particularly tough and arrived early to prepare on the Roman version after a quarter-final loss in Madrid. Now back at No2 in the rankings, he is determined to reach his first ever clay-court final, and as he played one of his best clay matches here, losing to Djokovic in the semis in 2011, this could be his place.

Murray on the transition to clay: “It takes me two or three weeks to feel comfortable on clay because I don’t play on it the rest of the year. It’s not a surface I grew up on so it doesn’t come naturally to me, the movement and stuff, so I need to work hard on it, spend a lot of time on the courts, and that’s why it’s always taken me time to get used to it.”

Not in the top four but newly returned to the top 10, credit is due Stan Wawrinka. His may be the toughest schedule of the week, playing his first-round match Tuesday afternoon in Rome after playing the Madrid final into the early evening Sunday. He won Estoril the week before, beat Murray to reach the Monte Carlo Masters before that, and started it all by reaching the semis in Casablanca. Will he be out of steam or will he scare Djokovic in the third round as he did at the Australian Open.

Federer on Wawrinka’s return to No10: “To me he’s proved his point already a long, long time ago. But it’s nice seeing him do so well, and I hope he enters the top 10, and the way it’s going he’s playing for the World Tour Finals as well, which should be exciting too.” 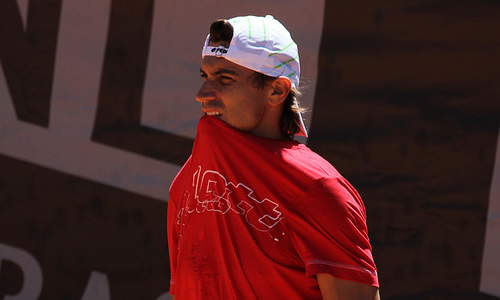 And on the women’s side, it’s a big week for Sara Errani, the highest ranked Italian playing her home tournament, for she arrives not only reclaiming a career-high rankings of No6 this week but also at No1 in the doubles rankings. She lost in the second round last year, so a good run could take her past Na Li, a finalist last year.

Victoria Azarenka on returning to form: “I don’t feel I’m playing my best tennis right now, but I don’t feel I’m supposed to be playing my best tennis right now. It’s a part of the preparation, so for me it’s important to go out there and complete more matches. During practice it’s all good but you need to start to get that feeling of competition.”

While Wawrinka’s schedule is tough, so is Serena Williams. Having defended her title in Madrid on Sunday, she was in press in Rome yesterday and practising on its courts by early afternoon. She will need her sleep: She is scheduled to play not before 9pm tonight, against young Briton, Laura Robson, who beat her sister yesterday. It’s 11 years since Williams won the title here, and will be mighty impressive if she repeats in 2013.

Williams on this year compared with last: “I feel different this year, much more calm, whereas last year I felt happy and good about [the wins] but I feel more poised and ready to play more consistently.”

She and fellow Madrid finalist Maria Sharapova lead the rankings, the chase for No1, and in match-wins on clay in 2013: Williams is 28-1, Sharapova 27-2. It is the latter, though, who now holds the longest winning streak, 21 matches, on clay among active players.