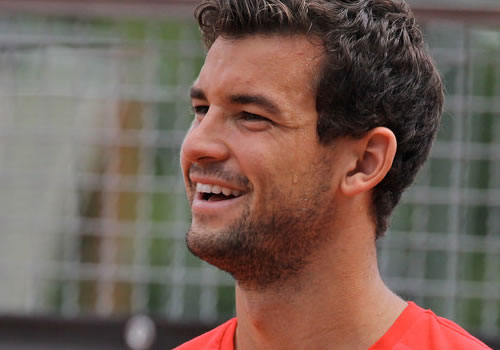 With the top two men in tennis, No1 Rafael Nadal and No2 Novak Djokovic, headlining quarter-final day at the Rome Masters, the big question was: Would these two lead their halves of the draw into a 41st meeting in Sunday’s final?

And theirs were particularly compelling matches because of the men they were lined up to play.

Djokovic had the next highest remaining seed, and a man still eying a top-four place ahead of the Roland Garros seedings, No5 David Ferrer.

Nadal’s was even more eagerly anticipated for it brought he and two-time Grand Slam champion, Andy Murray, together for the first time in more than 30 months. The last time their paths crossed was in the final of Tokyo 2011 and Murray won in three sets. But Nadal led their head-to-head 13-5, and Murray had never beaten him on clay.

The Spaniard, a seven-time champion in Rome, had certainly not been at his best, going to three tough sets in both matches so far, while Murray had survived both his tricky opponents in straight sets. Could this be his biggest breakthrough on the surface where he had yet even to reach a final?

The other two matches featured two of the tour’s biggest young talents. The first, 23-year-old Milos Raonic, had already broken the top 10. He took on the unseeded Jeremy Chardy, and beat him in a tough three-setter to reach his second Masters semi-final. His first was on his favoured hard courts in Montreal, and he now faced the uphill task of either Djokovic or Ferrer if he was to reach a first clay-court final.

For the tall Raonic, owner of a heavy serving and forehand game, success arrived early. He has five titles to his name and a Masters final, as well as a place in the top 10. However the young man to feature in the other quarter-final had taken a slower, though assured, route up the rankings.

It was, in fact, Grigor Dimitrov’s 23rd birthday, and he was gifted a win after taking the first set against Tommy Haas, a man 13 years older, who was forced to retire with injury.

There was every sign, though, that this charismatic young star would have won in any case, for he has seemed to improve almost before the eyes with each passing month and year.

Whatever the nature of this win, however, it was special in taking another step in the Bulgarian’s career: A place in his first Masters semi-final.

Dimitrov was a little late coming to press, despite the speed of his win, after his coach, Roger Rasheed squeezed the strawberry cake that his charge had just been given on court all over his face. Dimitrov still had a smile on his face an hour later:

“Definitely one of the most memorable days of my life. I was just talking to my team and saying it’s the first win on my birthday. A bit of fortune the way it ended up, but I’m just a happy birthday boy today.”

And as for his first Masters semi?

“Yes, it’s a lot of firsts today. I’m happy, of course. At the same time I don’t want to stop my progress here. I’ve come with good health and confidence: I like the way I’m playing.”

And so he should. His popular style of tennis, a blend of power, variety and creativity, could see another hurdle jumped if he wins the Rome title: entry to the top 10.

Impossible? Well against the two men next in his path, he has taken a set from Nadal in all four of their matches and has already beaten Murray in Acapulco this season.

With Djokovic the victor over Ferrer in their gruelling three-setter quarter-final, Dimitrov also knew the scale of his task should he reach the final. And he had beaten Djokovic in Madrid last year, and defeated Raonic in their last two matches.

So on his 23rd birthday, what better time to plan the next big step? He has long been tipped to break into the top ranks—since he captivated Wimbledon by winning the junior title in a style reminiscent of that tournament’s favourite son, Roger Federer.

In the event, it seemed to take Dimitrov time to mesh his many skills, grow into his rangy frame and develop the consistency—and concentration—needed to put a title-winning run together.

Having rattled up the rankings from 360 to 60 in the space of 12 months through 2010 and 2011, he slipped behind some of his contemporaries: Raonic one of them, Jerzy Janowicz the other. Both beat him into the 20s and beyond.

But 2013 saw Dimitrov finally blossom, first by reaching the final in Brisbane then, significantly, taking Nadal to three sets on Monte Carlo’s clay. It earned him a seeding in a Grand Slam for the first time at the French Open.

His next target was to reach the third round of a Major, and he did so in Paris, but on his favourite surface, grass, he reached only the second round at both Queen’s and Wimbledon. And despite also being a former US Open Junior winner, Dimitrov lost in the first round in New York.

But come Stockholm, now under the watchful eye of new coach Rasheed, Dimitrov played the kind of all-court tennis that continued to earn him comparisons with Federer—though if there is one thing he has grown a little tetchy about, it is that. Stylistically, the echoes can be eerie, from his single-handed backhand to his service action to the tactical versatility he brings with angled forehands, drop-shots and net skills.

If there was an area where Dimitrov had failed to emulate Federer, though, it was his movement and footwork. But in Stockholm and again this year, they have been big improvements, and despite the ‘cake incident’, he credited Rasheed with a lot of that success:

“When I started working with Roger at end of last year I think the biggest thing we wanted to form was giving 100 per cent on court every day, whether a practice or match day: A lot of work on and off court. We had our own little type of goals. The rest would take care of itself. With every match you win, you are getting better, getting more experience, which gives more confident… This is how it goes.”

This year, he broke the top 20 for the first time in February, and remains the youngest there. He reached a first Grand Slam quarter-final in Australia and won a first 500-level title in Acapulco. April saw him reach his current ranking of 14, quickly followed by another title.

His tennis, always showy and talent-packed, is now more muscular, more consistent, more patient, though still attacking and imaginative. And that comes down to hard work and experience, as he explained:

“When I was a junior, I thought it was kind of easy to get to the top. I was 17 or 18 when I won my first match against Tomas [Berdych] in Rotterdam and I thought, ‘wow I made it!’ Guess what? I wasn’t even close to making anything.

“I think the transition from juniors to seniors for me took its time, and I think I’m still on my way. Still a lot of homework to do, but that’s what I play for, to test myself every time.”

He had one more birthday surprise to come, the GQ Award for Most Stylish Player. Yes, that is a bonus: Dimitrov also carries himself with charm, humour and a certain dash. But beware of drawing comparisons with the man who won the same award in Rome a few years back!