Great Britain's Johanna Konta is through to the semi-finals of the Rome Premier event, where she will face Kiki Bertens 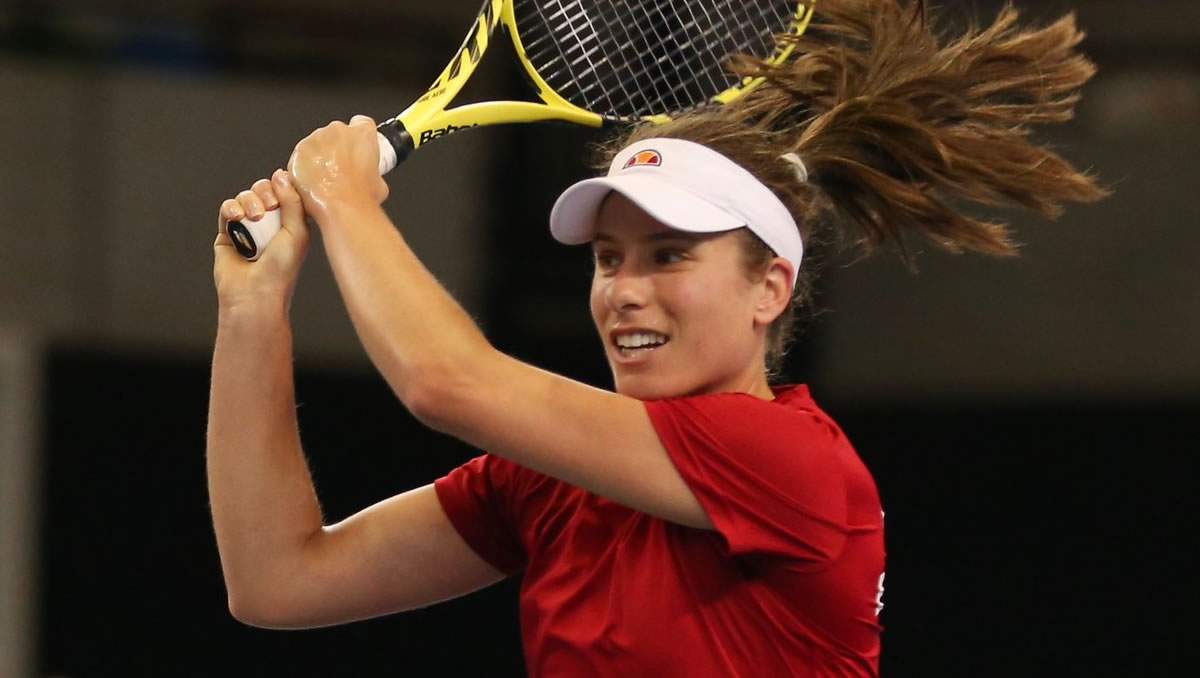 It is an ill wind that blows nobody any good, and for two of the unseeded quarter-finalists scheduled to meet in Rome on a sunny Friday, it was two ill winds that blew up a change to proceedings.

Briton Johanna Konta and Czech Marketa Vondrousova expected to play on Grandstand court at the far reaches of the Foro Italico, with the beautiful Court Centrale given over to two No1s, Naomi Osaka and Novak Djokovic, along with the two most prolific Major men’s champions, Rafael Nadal and Roger Federer.

So Konta and Vondrousova got switched to the main arena. No long buggy ride for these two down the length of the Foro: instead, a short stroll onto the one of finest tennis courts on the tour.

Based on ranking alone, this promised to be a close contest: Konta ranked 42, her opponent 44. They had met just once before, a win to Vondrousova in Indian Wells last year, but it was close one lasting two and a quarter hours, and both came into this contest with good form and great confidence.

The young Czech, just 19 years old, was already 22-5 for the year, and into her fifth consecutive quarter-final of the year—runner up in both Budapest and Istanbul.

In this her first appearance in Rome, she had spent seven hours on court in three three-setters, taking out No3 Simona Halep in the process. Many women in the draw had benefitted from withdrawal or retirement by an opponent along the way—the tally of injuries was up to eight, five of them seeds—but not the teenager.

So how would she fare against Konta, who had found herself in one of the most undesirable segments of the draw with both Williams sisters and Sloane Stephens?

In the event, Konta would have to play two of those Major champions on the same day after the Wednesday schedule was washed out by rain. Early on Thursday, she beat No7 seed Stephens to reach the third round for the fourth consecutive year, and then went on to beat Rome’s 1999 champion, Venus Williams, 6-2, 6-4.

And that took Konta was into her first Premier clay-court quarter-final after reaching her first clay final in Rabat last month, and then beating Halep in the first round of the prestigious Madrid Mandatory.

So plenty of signs that not only was Konta’s form of 2017 returning—a year during which she won in Miami, reached the semis at Wimbledon, and made a career-high No4—but that her clay abilities were on the up.

After all, here was a player who was yet to win a match at Roland Garros in four visits, and until Rabat, she had never won more than two consecutive main-draw matches on red clay.

Another emotional boost for Konta came in London just a few weeks ago when she and her compatriots carried GB to the World Group levels in Fed Cup for the first time in decades. A lean couple of years were, it seemed, coming to an end.

Konta opted to receive at the start of this match, and the gamble nearly paid off as she pressed Vondrousova through seven minutes, several deuces and a break point with some big and confident strikes from the baseline plus a couple of drop-shots.

The teenager survived, and now it was Konta who faced a break point, but she too came through, playing big from the baseline, but proving her worth in the front of the court, too.

The Briton held for 5-3 with an ace, as the younger woman began to show signs of weariness as she served to save the set. A weak second serve and a netted volley took Vondrousova to 0-40, and Konta made a winning drop-shot to seal the set, 6-3.

The Briton held a tough opening game in the second set, saving break point, as the crafty Vondrousova mixed things up, played a drop-and-lob winner, ventured to the net, plied her leftie angles. But Konta held on despite a double fault.

Come the third game, the Briton was back on track with a love hold, courtesy of a winning drop shot, and turned the tables on the Czech. But after a hard-won hold, Vondrousova upped the tempo to take advantage of a wayward service game by Konta, and on break point fired a winning forehand pass down the line, 3-2.

Konta steadied the ship briefly with a hold for 3-4, but the Czech youngster was now timing her forehands to perfection, and picking up Konta’s drop-shot attempts. She broke again, 6-3.

Konta had to hang tough in her opening service game, but a drop shot fell short, and the precision on her forehand was off, perhaps due to the cooler, damper evening conditions. However, she held on, and a couple of errors from Vondrousova gave her a breakthrough for 2-1.

The Czech again began to look fatigued, while Konta recalibrated and went for her passing shots. From then on, the Briton took control of the court as the Czech errors rose.

Konta broke twice more for set and match, 6-1, after almost two hours, by which time the Briton had stacked up an impressive 42 winners for 33 errors, with plentiful forays to the net thrown in.

It is a development worth its weight in gold, especially on the clay, and a first Rome semi is the reward. But Konta will face a truly formidable task in her next opponent. Osaka’s withdrawal had propelled No6 seed and Madrid champion, Kiki Bertens, into the semis, giving the Dutch woman a welcome day of recovery after playing two three-setters on the back of six high-quality wins in Madrid.

Bertens, who beat Konta in Indian Wells this year, is up to eight straight wins, 26 for the season, and will rise to a career-high No3—up to No2 with the title—next week. The two have never played on clay, so it will be a useful measure for Konta of just how far her game has come on the red stuff.

One woman who may have something to say about Bertens’ ranking is Karolina Pliskova, currently No5 but with the title, she could just overtake Bertens if the Dutch woman falls in the semis.

Pliskova, who briefly enjoyed No1 status almost two years ago, took on the still-unseeded former No1 and Major champion, Victoria Azarenka, in the first quarter-final in the bottom half of the draw.

Azarenka had beaten Pliskova on the clay of Stuttgart last month, 4-6, 6-3, 6-4, and owned the most Rome match-wins among the remaining quarter-finalists, 19-9 overall, but Pliskova would exact a gutsy revenge.

Incidentally, Azarenka earned her own 500th win in her previous match, where she beat Garbiñe Muguruza via retirement.

Pliskova will next play one of two qualifiers, Kristina Mladenovic or Maria Sakkari.

Rome Masters 2019: Federer, Djokovic and Nadal head to third round on thrilling Thursday