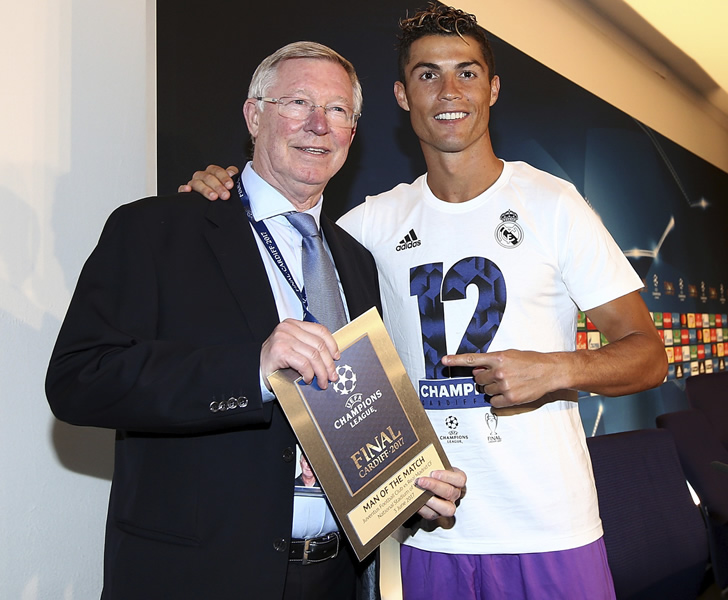 Cristiano Ronaldo told Sir Alex Ferguson six weeks ago that he wanted to quit Real Madrid this summer, according to reports in the British media.

The Daily Mirror is claiming that Ronaldo told Ferguson about his desire to leave The Bernabeu weeks before the tax allegations made against him by Spanish authorities became public.

The same report claims that Ronaldo spoke to the former Manchester United manager at a function more than a month ago, and the 32-year-old informed him of his desire to quit the Spanish club.

Ferguson was in charge of Manchester United back in 2009 when the Portugal captain was sold to Real Madrid in a then-world record transfer deal.

The pair also caught up more recently, when Ferguson presented Ronaldo with his man of the match award following the Champions League final triumph over Juventus in Cardiff at the start of the month.

Ronaldo’s future has been a constant source of speculation in the last few days amid reports that he wants to quit Real Madrid after being accused of avoiding tax by Spanish authorities.

Manchester United are thought to be on the lookout for a number of attacking reinforcements this summer but it remains to be seen whether a sensational deal for Ronald can be arranged.