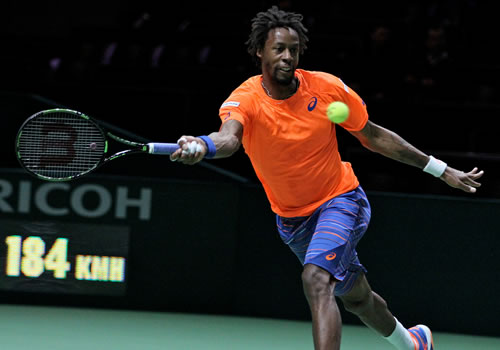 The flamboyant Frenchman and former world No7 Gael Monfils had come to Rotterdam for the last two years and gone home empty-handed.

His problem was that, on both occasions, he was drawn against Juan Martin del Potro in the first round and lost in straight sets both times.

Del Potro went on to claim the title in 2013 but this year he is missing after another bout of wrist surgery. Monfils, instead, drew a qualifier in compatriot Edouard Roger-Vasselin, of whom he said: “It was difficult to play against a friend, but I’m in a good shape and ready for the next game.”

Monfils certainly made light work of it, winning, 6-3, 6-2, in just 67 minutes. That earned him a battle against Spanish No7 seed Roberto Bautista Agut which, should he win, could set up a blockbuster quarter-final against defending champion, Tomas Berdych.

Monfils was not entirely happy with his performance, though he had enjoyed only a short time to adjust to the Rotterdam courts after reaching the semi-final in Montpellier at the weekend.

“Well the win definitely makes me happy, and also how many crowds stayed to watch tonight. But the play could be better…. 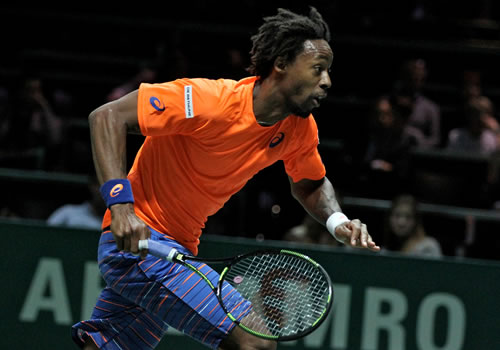 “I had a couple of good shots but still I am not that happy with all my shots, but it’s good to get through.”

Of his ill luck in the last two years, he smiled, adding: “Yes, it’s a bit better. To twice play Juan was very tough. [But] I have a good win back here, so I’m happy.

“I will definitely have to play better [against Bautista Agut], be even more solid, focus on my shots because I know he is a shot-maker. He never gives you a free shot, so I know it’s going to be tough.”

The two men take to court again on Thursday.

MORE: Berdych through in Rotterdam