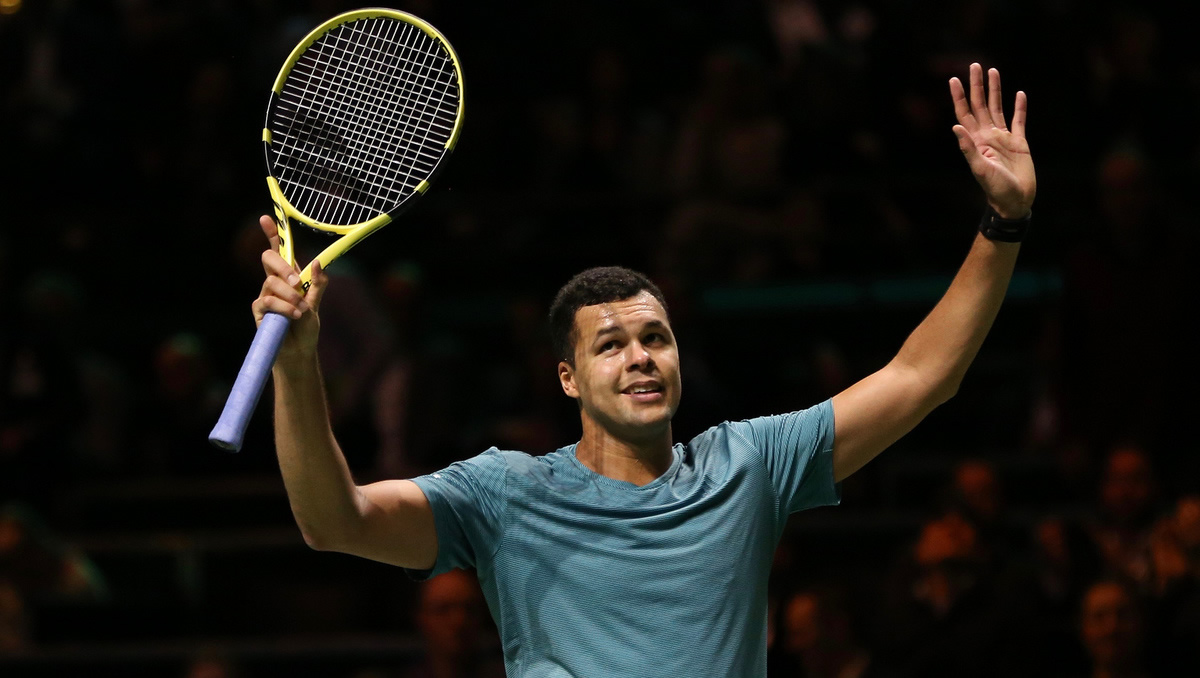 Wednesday was a day of champions, and not just Rotterdam champions.

All four of the former title-winners at the Dutch tournament were present and correct, and arguably the unseeded Tomas Berdych and Stan Wawrinka had the toughest combined draw in Rotterdam.

Both 33 years old and currently ranked outside the top 50, both were previously ranked No4 and No3 respectively, and owned a combined title tally of 29. Both, though, were coming back from long-lasting injury problems.

Berdych, the 2014 champion, missed the second half of 2018 with back injury, but bounced into Doha to reach the final, beat two top-20 men at the Australian Open, and made the semis in Montpellier last week. And that after dropping to his lowest ranking since August 2004 at the start of the season. His rising form was on full show in an arduous win over one of the most durable men in tennis, Gilles Simon, after more than two hours, 7-6(8), 6-4.

Things got no easier: Now he would face the talented teenage star and No10 seed Denis Shapovalov.

Wawrinka, winner in Rotterdam in 2015, and a three-time Major champion, suffered double knee surgery in 2017, slumped outside 250 in the ranks, and his return was longer and harder than even he anticipated. He came back at the start of 2018, lost in the first round of Rotterdam, and missed Indian Wells and Miami. Indeed, by the time he arrived in Canada for the Rogers Cup, he had won just six matches.

But by the end of last year, the signs of a return to form had been sown, and he put up a sterling fight against Milos Raonic in the second round of the Australian Open—losing in four tie-break sets after more than four hours.

He, like Berdych, faced a dangerous opening opponent in Rotterdam, but came through Benoit Paire 7-6(4), 6-1. And like Berdych, his second match was even tougher: That same Raonic.

The winners of these two ‘veteran’ contests could then meet in the quarter-finals if they put out their younger seeded opponents.

And against Raonic, Wawrinka this time looked sharper, and while he struggled to get over 50 percent with his first serve, he was winning more points on serve took advantage of less-than-perfect serve-and-volley play from Raonic. The Canadian impressed in the first game, four winning serves, but Wawrinka got the break in the fourth, an advantage he maintained to the set’s end, 6-4.

Both served better in the second set, but Wawrinka still edged the stats: By 5-5 he had dropped just two points on serve. Almost inevitably, they reached a tie-break, and the Wawrinka forehand stole the edge, followed by two backhand winners, 4-2.

He cracked a forehand return to bring up 6-3, and finished the job with another for set and match, 7-6(4), in a tidy hour and a half.

He was rightly pleased with his performance:

“I was moving well from the first ball and not giving too many soft balls. Every time he was trying to be more aggressive, I was staying on the line, being even more aggressive. Tonight was a really good level for sure. One of the best matches in many months, but I’m trying to keep building the confidence, and you get that with matches.”

He would now have to wait the outcome of the Berdych/Shapovalov match to determine his quarter-final opponent.

A third Rotterdam champion was yet to make his opening bid, for one very good reason. Jo-Wilfried Tsonga, also age 33, also a former top-five player, was champion in 2017, and arrived here from winning his 17th career title in Montpellier, which propelled him from a ranking of 210 to 140.

Tsonga managed only five match-wins last year after suffering knee surgery in April, and hit his lowest ranking in 12 years. But this year, revived and revitalised, he made the semis in Brisbane, and delayed his arrival in Rotterdam courtesy of that title run in Montpellier.

And he made light work of Italian Thomas Fabbiano, 6-1, 6-4, in little more than an hour, thumping down 12 aces among 25 winners. And he would go on to headline the day schedule on Thursday against the Dutch 22-year-old, Tallon Griekspoor, who surprised and delighted the home crowd with his late-night victory over the No2 seed, Karen Khachanov.

The winner of that match will set a quarter-final contest with the winner of another cross-generational contest between last week’s Sofia champion, Daniil Medvedev, and the 35-year-old Fernando Verdasco.

Not Before 7.30pm
Kei Nishikori vs Ernests Gulbis
Marton Fucsovics vs Nikoloz Basilashvili