Stan Wawrinka admits: “I had a lot of doubts if I could come back at all. Even the doctor did not know if it was possible or not.” 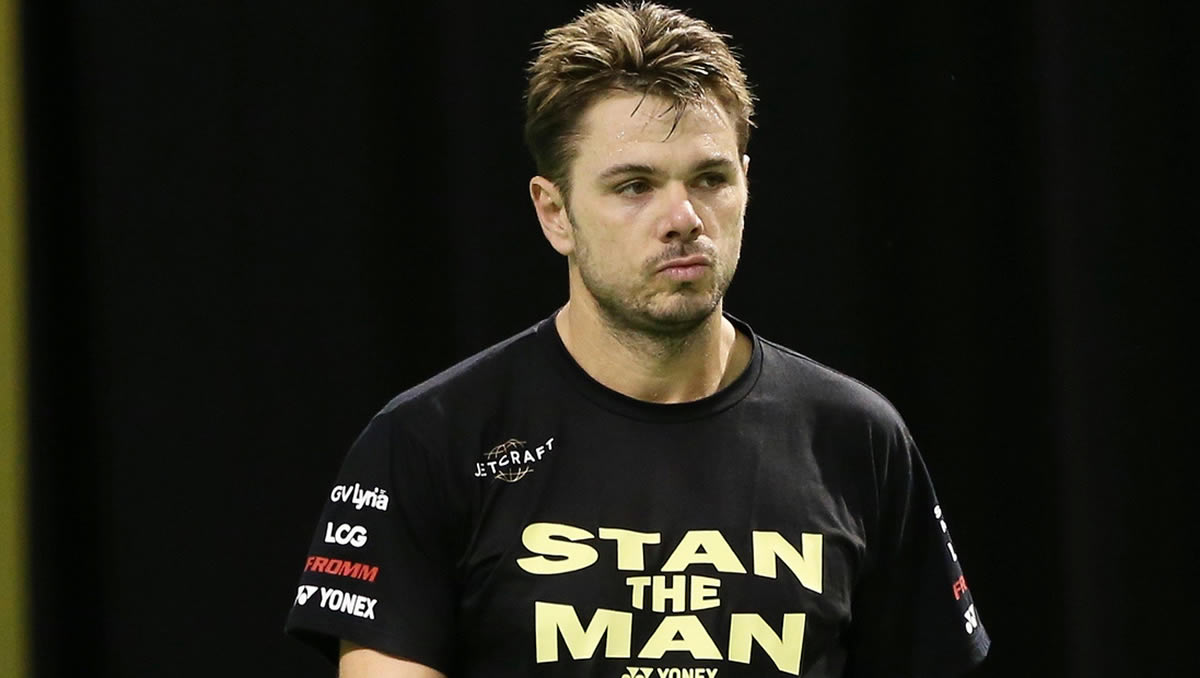 It is the first ATP500 tournament of the year, and the high-spot of the brief European indoor swing before the tour heads to the heat of North America for its biggest Masters in Indian Wells and Miami.

But this year, the ABN AMRO in Rotterdam, which last year became the focus of the tennis world when Roger Federer bowled up to reclaim the No1 ranking at the age of 36, has seen a clutch of its biggest names forced out of the draw by injury: No fewer than seven top-30 players, including No3 Alexander Zverev and No10 Marin Cilic.

For what has always been a starry affair—Federer has won three times, and other champions include Andy Murray and Juan Martin del Potro—this has surely been a blow, and the weather has not put a brighter cast on the scene either. It is wet and windy, grey and chilly.

Yet the crowds continue to throng this popular tournament in one of the tour’s most distinctive arenas. Even before main-draw action, thousands gathered around the outside courts for qualifying action and practice sessions.

Because few places allow the fan to get as close to the exciting teenager and world No25 Denis Shapovalov against three-time Major champion Stan Wawrinka on one of the back courts at the Ahoy. Or to sit a couple of metres behind firebrand Ernests Gulbis and the enduring former No6 Gilles Simon to experience the ferocity of the Latvian’s serve—and his familiar discontented monologue—as they each attempt to make the main draw. Simon would win, but Gulbis would pick up a lucky-loser spot when No6 seed Lucas Pouille fell ill.

Shapovalov, too, is one of a clutch of young players who will be flagging up what the future of tennis looks like—and it is a bright prospect.

The Australian Open semi-finalist, and No 12 at just 20 years old, Stefanos Tsitsipas, enjoys the No3 seeding having started last year ranked 91—and losing in the first round of qualifying in Rotterdam.

The charismatic Greek has been drawn in the same half as the 22-year-old No2 seed, Karen Khachanov, who won his first Masters title last autumn. And as luck would have it, fellow 22-year-old Russian Daniil Medvedev, ranked 16 and the No5 seed, is also in the bottom half, having raced from a title run in Sofia.

But just as many eyes will be trained on an older generation, for among the 32 in the main draw, there will be 14 men aged over 30, and three of them are former Rotterdam champions.

And ‘the three’ have more in common than a trophy run in the Dutch city. Wawrinka, Tomas Berdych and Jo-Wilfried Tsonga are all 33 years old, are all former top-five players, and all have endured serious physical problems in the last couple of years that may have brought a premature end to successful careers.

Yet each is not only still in the game, but picking up wins into the bargain.

Berdych, the 2014 champion, missed the second half of 2018 with back injury, but bounced into Doha to reach the final, beat two top-20 men at the Australian Open, and made the semis in Montpellier this week. And that after dropping to his lowest ranking since August 2004 at the start of the season.

Tsonga managed only five match-wins last year after suffering knee surgery in April, and hit his lowest ranking—currently 210—in 12 years. A tough comedown, then, for the man who won Rotterdam in 2017, one of four titles that year.

But this year, revived and revitalised, he made the semis in Brisbane, and delayed his arrival in Rotterdam courtesy of a title run in Montpellier.

As for Wawrinka, the Swiss player’s only indoor title among 16 trophies came in Rotterdam in 2015, the year he went on the win the French Open, followed by the US Open in 2016 and a runner-up finish at Roland Garros in 2017. But Wawrinka’s form was about to take a dive courtesy of double knee surgery that August.

He was ranked No3 in the world when he lost in the first round of Wimbledon in 2017, and had slumped outside 250 by a year later, for his return proved longer and harder than even he anticipated.

Wawrinka came back at the start of 2018, lost in the very first round of Rotterdam, and missed Indian Wells and Miami. Indeed, by the time he arrived in Canada for the Rogers Cup, he had won just six matches.

The Swiss man’s signature power tennis broke to the surface in a great quarter-final encounter with friend and compatriot Federer in Cincinnati, and he went on to make the semis in St Petersburg. Good signs, then, more than a year after that invasive surgery.

So he began 2019 on the rise towards a current 57, got to the quarters in Doha, but then found himself in a battle royal against Milos Raonic in the second round of the Australian Open. These are the tough times, when there are still no seedings, but although Wawrinka lost in four tie-break sets and more than four hours, the signs were again positive.

So back in Rotterdam, a former champion but ushered out at the first hurdle last year, where is the Swiss in that long-pursued return to fitness?

“I feel good in general. I did a great off season, getting back physically—playing well also. Now I need to get some matches, but I need to be patient with that. It’s been a long year last year to get back to my physical level, but now I feel good, I’m practising well.”

With hindsight, had he attempted to get back to high-level competition too soon after surgery? He had no doubts about the strategy, but revealed that he had suffered doubts about whether it would work.

“It was really big surgery but it wasn’t too soon [to come back]. It was just that I came back when I was not at my level yet. I had to, it was part of the process. I needed to get some matches to test the knee, see how it would react. It was really big surgery, so we had a lot of question marks about how it would react and get back to a normal level.

And yes, the doubts were real:

“Yes for sure. I had a lot of doubts if I could come back at all. Even the doctor did not know if it was possible or not—there were a lot of questions.

“It’s been a lot of time now, more than a year, to get back to normal physical level, but now that I’m here, I’m really happy and hope to play a great year.”

Not for the first time, he faces a tough opening match, a tough draw. He first plays his good friend Benoit Paire, the tall, flamboyant Frenchman who has got the better of Wawrinka in two of their last four matches, all of which went to deciding sets. And as the former champion pointed out, “he’s a dangerous player, especially indoors.”

“For me, I know I am playing well and physically ready, just I’m missing some of the confidence which you can only get by winning matches. And that is how you start to play better and better.”

If Wawrinka makes it past Paire, he is likely to face that formidable Raonic again—though the Canadian will have his work cut out against the flair of another of those older competitors, 35-year-old Philipp Kohlschreiber. Then—well it could be Berdych, though the Czech has suffered, too, from being unseeded. He was scheduled to meet No6 seed Lucas Pouille in the second round—in the half topped by Kei Nishikori—but that has changed to Shapovalov in a late reshuffle to create perhaps the toughest quarter in the draw

Another stand-out contest in the bottom half brings Sofia semi-finalist, and another 33-year-old who is no stranger to injuries, Gael Monfils, up against David Goffin. And the second round may find 34-year-old Andreas Seppi, who carries chronic back problems yet is still ranked 37.

But the bottom section seems certain to throw Tsitsipas, Medvedev and Khachanov into the limelight—though the eight ‘veterans’ in this half may have some say in that.