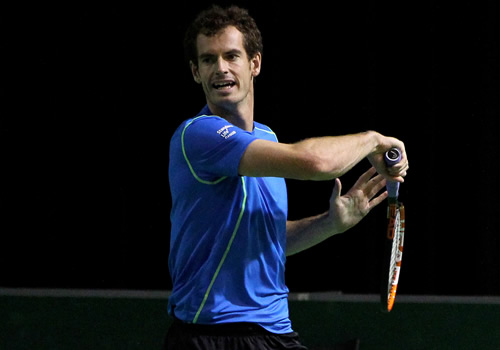 Andy Murray may not often have played the Netherlands’ biggest tennis event, the 42-year-old ABN AMRO tournament at the cavernous Ahoy in Rotterdam, but when he has, it has often paid off.

Murray won the title in only his second visit as a 21-year-old in 2009, beating top seed Rafael Nadal in the final. And on his third visit last year, within months of undergoing back surgery, he reached the quarter-finals.

This year, he arrives on the back of his first Grand Slam final since winning Wimbledon in 2013 and is newly returned to No4 after a dip to No12 five months ago. That means he is Rotterdam’s top seed, but he is chased through the draw by some formidable competition.

Murray is one of four top-10 men here, and all eight seeds are ranked inside the top 20. His potential semi-final opponent is Tomas Berdych, seeded No3 and fresh from a semi-final run in Australia that brought his first victory over Nadal after 17 consecutive losses.

Berdych also reached the final in Doha last month, and he is defending champion in Rotterdam. But only last week, it was Murray who beat the Czech in that crackling Melbourne semi, so a rematch between the two promises to be a blockbuster.

Berdych’s run to such a rematch looked decidedly tricky when he was drawn against Jerzy Janowicz in his opener, but the big Polish man was forced to retire from the Montpellier final due to flu-like illness this weekend, so his condition is uncertain.

Even so, Berdych faces a possible quarter-final against Andreas Seppi, fresh from victory over Federer in Australia, though the Italian has to hot-foot it to Rotterdam from a final finish this weekend in Zagreb.

Berdych’s highest-ranked quarter-final prospect is No16 Roberto Bautista Agut, but another sleeper is the ever unpredictable and charismatic Gael Monfils—unseeded, but only just, ranked No20. 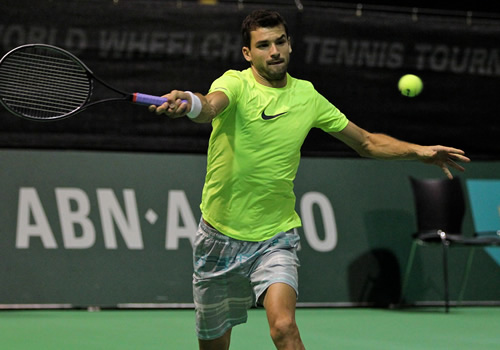 Meanwhile Murray’s route to the semis is also full of trip-wires after meeting qualifier Nicolas Mahut in the first round.

His second match will throw in the flair and finesse of No23 ranked Philipp Kohlschreiber or the exciting and still-evolving tennis of Vasek Pospisil.

As for the quarters, there are three Frenchman capable of making it through, led by No8 seed Gilles Simon but alternatively 2013 Rotterdam semi-finalist Julien Benneteau or Jeremy Chardy, ranked 27 and 34 respectively and both capable of upsetting the best: just ask Federer.

The bottom half of the draw is headed by second seed Milos Raonic, ranked No6 after reaching the final in Brisbane, where he fell to Roger Federer in three tough sets, and the quarters at the Australian Open, where he lost to eventual champion Novak Djokovic—all of which means Raonic has thus far in 2015 lost only to the top two men in the world.

But his half is packed not only by strong seeds but some very dangerous unseeded players.

Although this will be the Canadian’s first Rotterdam campaign, the man he could face in the semis, No9 Stan Wawrinka, has not played here in a decade. Way back in 2005, the Swiss was still a teenager when he lost to friend and compatriot Federer in the second round, but now the world No9—who reached a career-high No3 a year ago after claiming his first Grand Slam title—is ‘Stan the man’, a different, more confident and much more dangerous player at the age of 29.

Raonic, too, begins against a qualifier, but then faces either No29 Lukas Rosol or an in-form Simone Bolelli. One of the highlights of the first round will be between stable-mates Ernests Gulbis and Dominic Thiem, the former a vast talent who broke new ground last summer in rankings and Grand Slam success with a semi run at Roland Garros, the latter just 21 but with a powerful all-court game that got the better of Gulbis the last time they met in a five-set thriller at the US Open.

Warwrinka’s quarter is just as classy: The next seed is the popular world No11 Grigor Dimitrov who last season reached his first Grand Slam quarter-final in Australia and then topped it with a semi run at Wimbledon; and he could meet the fast-rising David Goffin, who currently stands at a career-high No21 having reached his first three finals last year, winning two of them.

Sprinkle in Gilles Muller at a career-high No36 and Guillermo Garcia-Lopez ranked No33 and winning the Zagreb title this weekend, and this half is rich in possibilities.

But there is one more storyline to watch in this schedule of one-on-one battles: Murray’s ranking. With Nadal not playing this week, if the Briton wins the Rotterdam title, he could challenge the Spaniard for the No3 ranking… and that would indeed be a prize worth having.