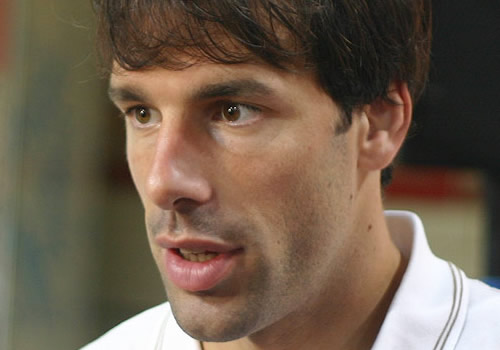 Ruud van Nistelrooy believes Manuel Pellegrini would be a success in the Premier League if the Chilean were to be appointed as the new Manchester City manager.

The Málaga manager, 58, is the front-runner to succeed Roberto Mancini at the Eastlands outfit after the Citizens ended the Italian’s three-and-a-half year reign on Monday night.

Pellegrini, who previously coached Real Madrid, led Málaga into the Champions League group stage for the first time in their history before a quarter-final loss to Borussia Dortmund.

Van Nistelrooy, who worked under Pellegrini at Málaga, rates the South American as one of the best coaches that he’s worked with during his playing career.

“Pellegrini is one of the best coaches I worked under. He’s a big strategist but nothing like Mancini,” Van Nistelrooy told the Sun.

“He’s always in conversation with his squad, offering plenty of chances to young players.

“That characterises his quality work and he’ll be good value in the Premier League.”

• The former centre-back began his coaching career in 1988 with his sole club as a player, Universidad de Chile, before spending the next 16 years working with sides in Chile, Ecuador and Argentina.

• He took over at Villarreal in 2004, guiding them to third place in the Liga in his debut season and securing a place in the Champions League for the first time. His side also reached the quarter-finals of the Uefa Cup.

• He signed a two-year contract with Real Madrid on 2 June 2009, the club winning a then record 96 points in the Liga but still finishing second behind Barcelona, prompting Pellegrini’s dismissal in May 2010

• That November he succeeded Jesualdo Ferreira as coach of Málaga and in the following campaign oversaw a fourth-placed league finish, the club’s best ever, subsequently negotiating Champions League qualifying to reach the group stage for the first time before crashing out in the last eight.

Wigan will give ‘everything they’ve got’ at Arsenal, warns Mikel Arteta