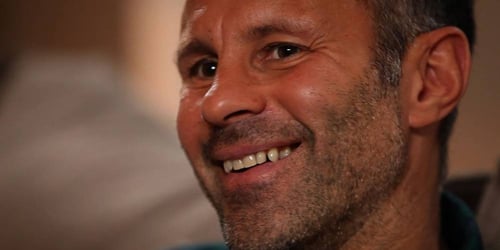 Ryan Giggs has revealed his team talk before his Manchester United players took to Old Trafford pitch for his first game as manager.

The Red Devils legend was appointed as caretaker manager in April following David Moyes’s dismissal after a disappointing 11-month reign.

I just told them what quality we had in the dressing room. We had brilliant players, believe in yourself, go out and enjoy it

Giggs prepared his United troops with a quick rousing speech before the Red Devils went out to face Norwich City, winning 4-0.

Speaking in a new cinematic documentary in honour of his decorated United career called ‘Life of Ryan’, the 40-year-old lifted the lid on what he told his players.

“I promised myself that once I did my team talk that would be it. I’d leave them on their own, let them go out and play, leave it to them,” said Giggs.

“Coming from the warm up, I just felt like I had to say something. I said: ‘give me two minutes’.

“I just told them what quality we had in the dressing room. We had brilliant players, believe in yourself, go out and enjoy it.

“It has been a crap season. We’ve all felt it. Give these fans something to go away in the summer cheering about. Most of all, enjoy it.”