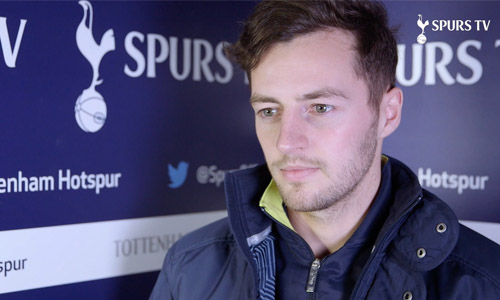 The Spurs midfielder has put pen to paper on a five-and-a-half year contract which will keep the former England Under-20 international at White Hart Lane until 2020.

Mason has enjoyed an extended run in the Spurs side following the midfielder’s brilliant strike against Nottingham Forest in the Capital One Cup in September.

And the 23-year-old was grateful to Pochettino, who succeeded Tim Sherwood in the White Hart Lane hot seat in the summer, for giving him a chance to shine in the first-team.

“I appreciate the length of the contract. It shows a lot of faith in me. Hopefully I can keep progressing and stay at the club beyond the contract,” Mason told Spurs TV.

Mason added: “I’ve had a manager who has shown a bit of faith in me and stuck me in. I’m buzzing to be in the side and hopefully I can stay in there as long as I can.

“I can’t stress enough how much faith the gaffer has put in me. Hopefully I can continue to repay him.”