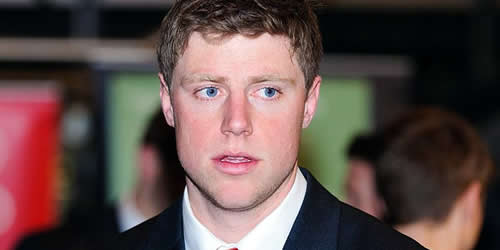 Rhys Priestland has made 22 appearances for Wales Photo: National Assembly For Wales

Rhys Priestland will make his first start since returning from a lengthy injury layoff with his domestic side Scarlets braced for a Pro12 play-off semi-final this weekend.

The 26-year-old has played just 52 minutes of rugby, all as a replacement, since making a recovery from an Achilles’ tendon injury he suffered before Christmas.

The outside-half therefore missed the entirety of Wales’ successful defence of their Six Nations title but is now ready to return against Ulster at Ravenhill on Friday evening, with a place in the Pro12 final at stake.

The Scarlets managed to secure the fourth and final play-off spot but tasted defeat in their final league game of the regular season – a 41-17 defeat by Treviso at Parc y Scarlets.

And Priestland, who has made 22 appearances for Wales, insists everyone is determined to bounce back from such a poor performance, knowing any repeat will result in a mauling at the hands of Ulster.

“It’s our job to try and put that to bed [defeat to Treviso]. All we did until quarter to eight last Friday night was put ourselves in a good position,” said Priestland.

“We had played good rugby, winning rugby. We need to use it as a bit of a motivator and show this Friday we are deserving of being a top-four side and of wearing the jersey.

“We mustn’t forget what got us into the position. When all the emotion dies down and the annoyance subsides a little bit, it’s about working on the next game, which is Ulster.

“We can’t afford what happened against Treviso happening again. It was unacceptable in many ways.

“We made poor decisions and that fed Treviso, it certainly didn’t do us any favours. Sometimes you go into a game expecting things to happen and they did not.

“That clearly won’t be the case in Ulster. We have already been there this season and came away with a battering.

“If we are not on the money and not accurate things like that can happen. We have not got to wait until September 6 to play again as a team. We have got a chance on Friday night to put what happened against Treviso right.

“What happened was embarrassing, there’s no hiding from that, but we have to take what we have done right to get there.”

England 7s determined to finish on a high at Twickenham