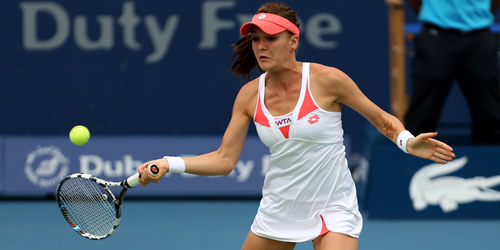 Just a day after the top seed Victoria Azarenka withdrew injured from the Dubai Duty Free Premier tournament, the second seed and new world No1, Serena Williams, followed her.

Williams, who will miss the tournament that she had targeted as one of her goals for the year, was forced to withdraw with a lower back injury.

Williams said last week: “It’s the one tournament I said I really want to do well in this year. It’s a city everyone feels like they should come to. You feel like you’ve made it if you’ve made it to Dubai.”

She and Azarenka competed for the title in the Qatar Total Open last week, each playing five demanding matches that climaxed in a three-set final thriller. Azarenka took the trophy, 7-6(6) 2-6 6-3, while Williams took the No1 ranking, and the scene was set for a gripping repeat when they topped the seedings in Dubai.

Williams’s withdrawal is a particular blow, taking into account how up-beat she was ahead of this week’s tournament: “I was really, really, really sick last week. I wasn’t at my best. I couldn’t train.

“I practised like one or two days before playing because I had the ankle problems, but I thought at least I could show up and play my way into shape and just compete, and that’s what I did. I feel so much better this week already—I feel like a completely different athlete and a completely different person compared to last week.”

But it’s an ill wind that blows nobody any good. The top four women in the world reached the semis in Doha and three of them are now missing from Dubai—Maria Sharapova did not join the field here. That leaves the fourth woman—who also happens to be defending champion—in a great position: Agnieszka Radwanska.

After lifting the trophy last year, the popular woman from Poland went on to have the best season of her career, reaching the Wimbledon final, winning in Miami and Brussels, and climbing to No2 in the world.

Now ranked No4, Radwanska also began the 2013 season in great form, winning titles in both Auckland and Sydney before reaching the quarters of the Australian Open and the semis in Doha last weekend.

Her run to the title in Dubai nevertheless looked tough. She was lined up to meet Williams in the semis—and she had lost all four of their previous matches—followed by a potential face-off with Azarenka, against whom she had lost her last eight matches.

Even without Williams, the draw remains bottom heavy. Although Radwanska has won her opener over wild card Yulia Putintseva, she next faces a Grand Slam winner in the shape either of Petra Kvitova or Ana Ivanovic—though she beat the latter in straight sets in Doha.

And while the bottom quarter is without Williams, it boasts former No1 Caroline Wozniacki. The Dane, who won in Dubai in 2011, is newly back in the top 10 and although she fell to Radwanska in the Doha quarters last week, she has stormed through two strong opponents here for the loss of just five games.

So it remains an up-hill battle for Radwanska through the entire week, but the quick, agile and smart No3 seed now carries the mantle of favourite—and with it the chance to join the illustrious company of Venus Williams and Justine Henin as the only women to successfully defend their Dubai title.