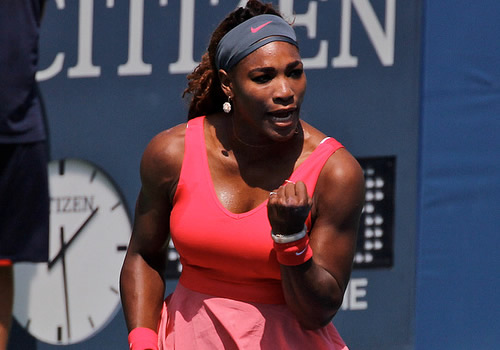 Serena Williams has secured the year-end No1 WTA ranking for the third time in her career, having also achieved the honour in 2002 and 2009.

Williams has held the top spot on six occasions during her a career, most recently since 17 February 2013, which saw her become the oldest player to hold the No1 position since computer rankings were introduced in 1975.

On Monday, the American, who won a fifth US Open singles crown earlier this month, will have held the top ranking for a total of 156 non-consecutive weeks throughout her career.

“Serena has proven time and time again throughout her career that she is an incredible champion, both on and off the court,” said Stacey Allaster, chairman and CEO of the WTA.

“This season she continues to rewrite the record books, proving that she is one of the sport’s greatest athletes of all-time.”

Williams’ stellar 2013 season has seen her collect a career-best nine singles titles. With 55 career titles, Williams is now tied for seventh with Lindsay Davenport and Virginia Wade on the all-time list of most titles won.

Her 67-4 win-loss record for the season included a career-best 34-match win streak. During Wimbledon, she achieved her 600th win at all levels, a feat accomplished by just 14 other players in WTA history.

Williams turned professional at the age of 14 in November 1995 and played her first tournament at Quebec City, Canada. During her 18 year career, she has won every Grand Slam singles and doubles title at least once, in addition to four Olympic gold medals.

The American becomes the seventh player to finish the season as the WTA’s year-end No1 three or more times during her career, joining Steffi Graf (8), Martina Navratilova (7), Chris Evert (5), Lindsay Davenport (4), Justine Henin (3) and Martina Hingis (3).