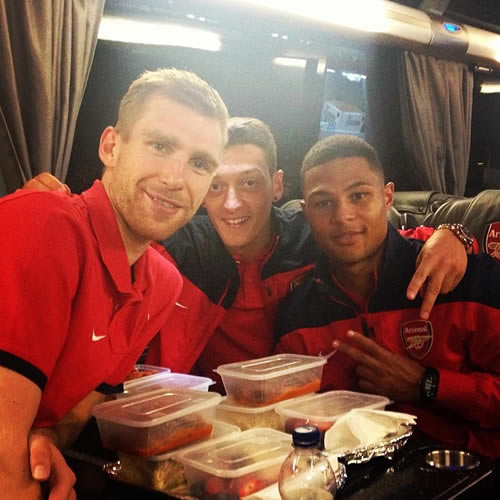 Serge Gnabry believes Arsenal did enough in the second half against Manchester United to earn at least a draw at Old Trafford after their 1-0 defeat last Sunday.

Robin van Persie came back to haunt his former club once again as the Dutchman headed a 27th-minute winner as Arsenal suffered their second Premier League defeat of the season.

Sunday’s loss to David Moyes’ men came after the Gunners had secured impressive victories over Liverpool and Borussia Dortmund.

And with Arsenal still two points clear at the top of the Premier League table, Gnabry feels that Arsene Wenger’s men have plenty of reasons to be positive, despite what he described as an unjust defeat by the Red Devils.

“Of course the loss against Manchester United was obviously not that good,” Gnabry told Arsenal Player.

“But I think that we’ve had a great week. We got two wins, important wins against Dortmund especially in the Champions League, and I’m really happy about how it went.

“It [United] wasn’t a great game from our point of view.

“To be fair in the second half we were the better side and should have got an equaliser or even won the game so I’m a bit disappointed that we didn’t.”

These are key months for Man United, admits Wayne Rooney