Juve's Paul Pogba reminds Man United what they are missing with a match-winning display against Bologna, writes Kieran Beckles 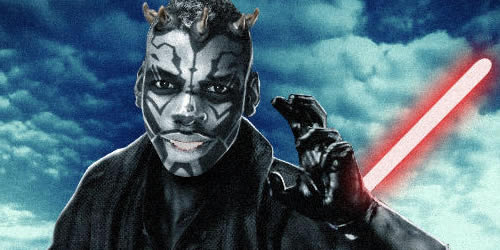 Juventus posted this picture of Paul Pogba on Twitter on Halloween Photo: Juventus/Twitter

Paul Pogba’s future at Manchester United had been the subject of much debate before last summer’s transfer window opened, with the midfielder eventually making the switch to Juventus in August. The 19-year-old scored in the 2-0 victory over Napoli at the weekend, and the France Under-21 international continued his eye-catching form against Bologna. In fact, he was the defending champions’ best player on Wednesday night. The former Le Harve man came close to breaking the deadlock in the 16th minute with a superb left-footed curling shot which clipped the post. After half-time, the teenager’s delicate chipped pass found Emanuele Giaccherini in space on the left of Bologna’s penalty area, with the midfielder cutting the ball back to Fabio Quagliarella to put the champions ahead. However, Antonio Conte’s men were punished for a poor defensive clearance as Saphir Sliti Taider fired a low effort past Gianluigi Buffon. With a 1-1 draw seeming inevitable, in the 92nd minute, Pogba reached low and twisted his head to guide an effort past Federico Agliardi to seal three points. Pogba, who was pictured as Darth Maul in a series of pictures posted by Juventus on their Twitter page, said of United after the win: “I didn’t renew with them because I didn’t find a deal with Sir Alex Ferguson, so I decided to accept the offer from the one team that was really interested in me, that being Juventus, and now I am very happy to be here.” Judging by this match-winning display, Pogba can count on many more first-team chances this season.

Perhaps distracted by talk of a points deduction, and even possible relegation, Napoli suffered a surprise 1-0 defeat by mid-table Atalanta. Carlos Carmona netted the winning strike in the 19th minute when he struck a stunning volley past Napoli goalkeeper Morgan De Sanctis. In truth, Walter Mazzarri’s men never looked that likely to rescue even a point from the game, with the Milan side coming close to extending their lead through David Brivio and Maxi Morales, although Christian Maggio’s deflected shot almost crept into the Atalanta net. Meanwhile, Internazionale came from behind to extend their winning streak to eight games against Ciro Ferrara’s Sampdoria at the San Siro. The visitors took a 20th-minute lead through Gianni Munari, but Inter, aided by Andrea Costa’s sending off, levelled through Diego Milito. In the 67th minute, Rodrigo Palacio completed the turnaround against 10-man Sampdoria with a low effort before Fredy Guarin wrapped up three points – Eder did net a 94th minute consolation. Inter’s win helps Andrea Stramaccioni’s side leapfrog Napoli and move into second place, four points behind Juventus.

Siena in danger of becoming stranded at the bottom

Siena’s start to the Serie A campaign was already hampered when the FIGC Disciplinary Committee docked the club six points for their role in the Scommessopoli match-fixing scandal. It left the Stadio Artemio Franchi outfit with a huge mountain to climb – they avoided relegation to Serie B last season by a comfortable eight points – and a five-game winless streak has left them four points behind 19th-placed Bologna. Siena’s poor run of form continued for their trip to Cagliari on Wednesday night. Serse Cosmi’s side fell behind in the sixth minute when Brazilian Nene netted from a corner to put the home side ahead, before the Cagliari striker scored his second of the night with a stunning free-kick. A miserable opening half an hour was compounded when Marco Sau outpaced the Siena defence and deftly finished past Gianluca Pegolo. Emanuele Calaio missed a 34th-minute penalty for the visitors before they were offered a lifeline just before half-time, when Erjon Bogdani scored the scrappiest of goals to reduce the deficit. Any chance of a memorable comeback was effectively ended in the 75th minute, when Neto was dismissed and Thiago Ribeiro wrapped up the win on the stroke of full-time, with Calaio scoring a late consolation. For Cosmi’s side, Saturday’s home tie against fellow relegation candidates Genoa will represent a chance to kick-start their season.

Goal of the (mid)week: Carmona’s winner against Napoli

Despite another superb strike from veteran Antonio Di Natale for Udinese in a 2-2 draw with Catania, this edition’s goal of the week goes to Atalanta’s Carmona. A cross from the right was lifted into the path of the match-winner by German Denis, with Carmona firing past De Sanctis in style to seal three points.