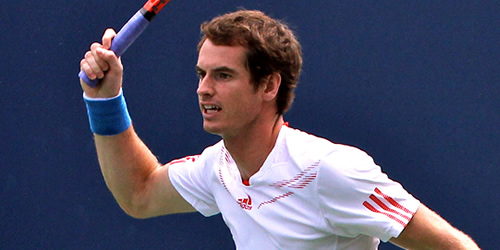 For the first time in more than two years, the top four seeds contested a place in a Masters final, and three of them—Novak Djokovic, Roger Federer and Andy Murray—had already booked their seats for the World Tour Finals in November.

But with the fourth qualifier Rafael Nadal and the fifth in the rankings David Ferrer missing injured, this was the chance for another to confirm his London berth. The No6-ranked Tomas Berdych was the man in the frame. Unfortunately for the Czech, he was playing the man against whom he had the worst record, the race leader, Djokovic.

The Serb had beaten Berdych in nine out of 10 meetings, and his outstanding form this autumn suggested that today would not be any different. In Shanghai, Djokovic had not dropped a set, not faced a tie-break, not lost more than three games in a set.

And it went very much to plan. Djokovic broke Berdych in his opening service game in the first set and in the sixth game of the second—and that was it: a straight sets win, 6-3, 6-4, to take him to his first Shanghai final and a tour-leading 69 match wins this season.

The other semi-final revisited one of the most interesting rivalries in men’s tennis, and one of best rivalries of 2012. Federer beat Murray in the final of Wimbledon, while Murray came back to beat the Swiss in the final of the Olympics. In their only other meeting this year, in Dubai, Federer had won but, more pertinently, Murray held a marginal 9-8 head to head lead.

Murray also boasted a distinguished lead over the world No1 in Masters matches, 5-1, including their only meeting at the Shanghai Masters, an easy victory in the 2010 final. Murray quickly looked intent on increasing that tally.

Federer opened serve, but Murray attacked the net on the very first point to make a volley winner. He followed it up with a backhand winner and closed with a forehand winner.

Federer was broken, but the lead was temporary. The Swiss broke straight back and an already raucous crowd began chanting their support. It was Federer’s first visit here since losing to Murray in 2010 and the fans had feared a death threat would put him off coming this year, too.

But in the third game, their favourite faced another break point. He held it off, but this was already an intense contest at 16 minutes old.

And Murray continued his attacking tactics, coming to the net wherever possible. Federer showed signs of pressure, making two double faults in the fifth game to go 0-40. While those who looked on pondered how often Federer might have faced break points in his first three service games, he blew the question out of the water. In an even more rare moment, he made a third consecutive double fault to hand the break back to Murray. It was the most eloquent sign possible of how well Murray was returning serve, though the stats also proved the point. Federer struggled to get half his first serves into play and won a scant 20 percent of points on his second serve.

By 5-3, Federer had made 13 errors to eight winners, twice the error count of Murray. He held his first service game of the set, despite a fifth double fault, but the damage was done, 6-4, courtesy of some determined and aggressive play from Murray.

Federer opened serve in the second set, too, and led 40-0 only to fall victim again to a string of searing returns: one backhand cross-court winner hit at over 80mph. Then an identical winner on the forehand wing brought up break point. Federer saved it only to see yet another winning return of serve blast past him for a second break point. The match was in the balance right here, and he faced a third break point courtesy of a backhand winner from Murray that left the Swiss rooted to the spot.

This opening game stretched to nine minutes as Murray earned a sixth break point, but on the seventh deuce, everything came to a bizarre six-minute halt. A little rain had begun to fall, and there was much debate and indecision about stopping. Finally, play continued as the rain stopped, although the roof was closing.

The next few minutes were worth the wait as the two men treated the fans to a rally that the commentary team proclaimed “the rally of 2012”. It was an explosion of attack and retrieval, volleys and lobs, forehand whips and backhand swerves, and left not an inch of the court unused. It saved a seventh break point on the stroke of the hour and, after almost 19 minutes of play, Federer held serve: it was still just 1-0.

Murray remained impressively composed, however, while Federer looked confused by his own errors. The fifth game was a near replay of the first: Federer opened a 40-0 lead on serve only to see Murray pull it back with successive return-of-serve backhand winners. Murray broke with yet another winning return—this time a forehand—and he maintained his advantage to the deciding game of the set, not offering up so much as a single break point.

But just to heighten the drama of the moment, with Murray about to serve out the match, the rain returned and, because the roof had been reopened, everything came to a halt. The men changed shirts, wrapped themselves in towels, waited for 10 minutes, only to be taken off court for 15 minutes more while the roof completed its closure.

In the end, it made little difference. Murray remained clinically focused in what was an impressive, aggressive and mature display of tennis. Federer was forced into further errors—12 more than his opponent—closing the match with his 33rd, a netted backhand.

So from a revisiting of his Wimbledon and Olympics finals with Federer, Murray moves on to a repeat of his US Open final against Djokovic, and these two, in truth, have looked the best players in Shanghai this week.

There is nothing to choose between them: Djokovic has a marginal 8-7 advantage, but they are all square, 6-6, on hard courts.

So with Murray going for a 13th straight win in Shanghai and a third straight title, the final should be a cracker.