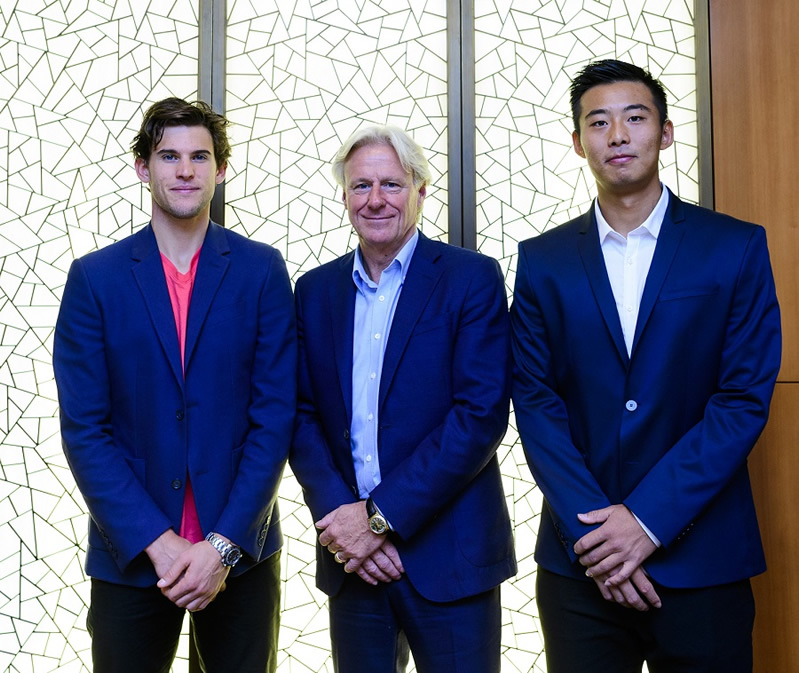 Six of the past eight champions at the glamorous Shanghai Rolex Masters, the tournament that in its short history has won the ATP Masters Tournament of the Year five times, are absent from the 2017 draw.

And that is because world No3 Andy Murray and world No6 Novak Djokovic, who have won at the magnificent Qi Zhong Tennis Centre three times apiece, are missing injured.

However one other previous champion, world No2 Roger Federer, is in Shanghai after himself missing the tournament with injury last year.

But the top seed is world No1 Rafael Nadal, and he will be a strong favourite to win one of the few missing Masters from his trophy cabinet after reaching his 110th final in Beijing this weekend.

That China Open run cranks up what has already been a stunning year for the Spaniard who missed much of last season with injury: Two Majors, two Masters, reclaiming the No1 ranking, and now leading the tour with 60 match wins—and, incidentally, with 33 hard court wins.

He and Federer have shared many of 2017’s honours, and before the US Open, were both in contention for the No1 ranking, but Federer missed the entire clay season, and has not played a tournament since the New York. Now, the two favourites are scheduled to contest their third title of the year, their fourth match of the year, if both can negotiate their respective halves of the draw.

Nadal, a Shanghai finalist in 2009, has a number of difficult possible opponents. He could face a quarter-final showdown with sixth seed Grigor Dimitrov, having just beaten him in three sets in Beijing.

In the semi-finals, Nadal is seeded to play No4 seed Marin Cilic, this year’s Wimbledon finalist, 11th seed Kevin Anderson, who he beat in the US Open final, or No13 seed Nick Kyrgios—his opponent in the Beijing final.

Federer’s half of the draw is set up for a quarter-final against Tokyo finalist David Goffin, but players such as last year’s runner-up, No9 seed Roberto Bautista Agut and 14th seeded Jack Sock could cause some problems, along with the in-form Diego Schwartzman.

The semi-finals offer the Swiss a tough line-up. Possible opponents are No3 seed Alexander Zverev, the winner of two Masters this year, one in Montreal at the expense of Federer, the No5 seed Dominic Thiem, and 16th seed Juan Martin del Potro, who beat Federer in the quarter-finals of the US Open.

Thiem, who was an official guest at the draw ceremony held at the Rolex Experience on Shanghai’s world famous Bund, will play either Viktor Troicki or 18-year-old wildcard Denis Shapovalov in the second round.

Thiem said: “It’s always a tough draw in the Masters 1000 events. I didn’t expect an easy one and I know it’s going to be very difficult. I practised with Denis a couple of times. He’s played an outstanding summer in Canada and at the US Open. Definitely he’s a big champion of the future.”