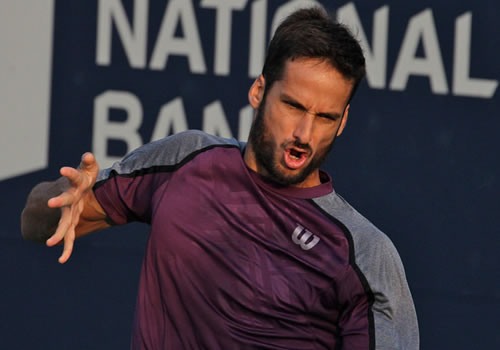 Feliciano Lopez is through to the last four in Shanghai Photo: Marianne Bevis

It’s a number that would take some time to prove, but it’s a fair bet that quarter-final day at the prestigious Shanghai Masters boasted one of the oldest line-ups not just on the ATP tour but on the Grand Slam tour, too.

The youngest of the eight players at 27, Novak Djokovic sat at the very top of the draw: two-time defending champion, on a 28-match unbeaten run in China, and in the kind of form that saw him surge to four titles from Beijing to the World Tour Finals last year. The world No1 led the rankings, the race, and the odds of taking the year-end top-dog trophy, too.

But this heavyweight top half of the draw also held the oldest of the eight quarter-finalists and second in the race and rankings, 33-year-old Roger Federer.

Both men faced more ‘veterans’ of the tour, a pair of 32-year-olds who had thus far more than proven their worth against younger competition: No5 seed David Ferrer had beaten Andy Murray and Martin Klizan; Julien Benneteau had taken out young stars Jack Sock and Grigor Dimitrov.

But Shanghai’s mature quarter-final programme began with a bottom half that had seen Grand Slam champions and World Tour Final hopefuls taken down by age and experience. Only one seed remained, the 29-year-old Tomas Berdych, and he took on the former world No6 Gilles Simon, who will turn 30 in a couple of months.

The slender and fleet-footed Frenchman has always caused problems to more illustrious opponents. He is a tactically-smart counter-puncher par excellence, the owner of rhythmic, flat, penetrating ground-strokes from the baseline. But speed and timing have allowed Simon an extra twist, the ability to turn defence into attack after the longest of rallies. 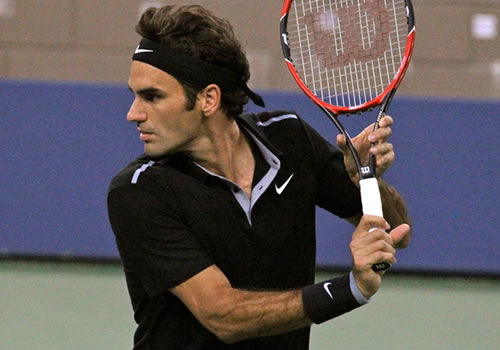 Simon was returning from a drift in the rankings to his old resilient form following chronic knee-problems. After a semi run in Tokyo, he also beat No4 seed Stan Wawrinka here.

This proved to be just the kind of match on which Simon thrives: He edged a first set tie-break against the big serving of Berdych; conceded a last-minute break when serving at 4-5; then played a near-flawless third set as his never-tiring legs took their toll on the big Czech, 6-0. Simon made only 26 winners to Berdych’s 49, but he had also made a third of the errors.

And so this father of two proved the adage he took up after watching his childhood favourite Michael Chang: “You don’t have to be tall in order to be a great player.”

After the big baseline hitting of Simon and Berdych came its antithesis, a match that drew on older styles, played by men who first met 12 years ago, who played their first Wimbledon against one another 11 years ago, and whose only two matches in the last decade had gone the distance.

It was as easy on the eye as tennis gets for tennis fans of the older persuasion.

The 32-year-old Mikhail Youzhny—also a father of two, the owner of a PhD at Moscow University, a former world No8 who was now working his way back after injury and sickness hit his season—has an all-court game that blends spins, angles, touch and depth, all stirred by a volatile temperament and an elegant single-handed backhand.

His opponent, 33-year-old Feliciano Lopez, owns the traditional game of serve and volley, a big left-handed mix of power and economy, languorous body language but explosive hitting, a zipping forehand tempered by great touch on the volley. And he, too, uses a one-handed backhand.

Their styles made for a lively blend of shot-making, and produced drama that turned on a sixpence.

Youzhny broke through in a long, intense 12th game to take the first set, 7-5. Lopez needed to up his serving from its meagre 37 per cent if he was to unleash his game, and a pivotal moment in the second set did just that. 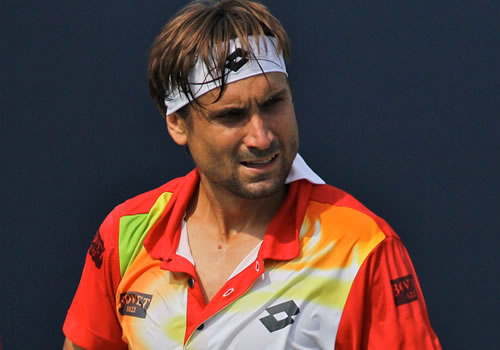 At 55 points apiece, Youzhny served with a break advantage at 4-3. Then came perhaps the point of the tournament, a stunning exchange of angled volleys, a chased-down tweener from Youzhny followed by a drop-volley scamper that left the Russian spread-eagled and Lopez a point to the good.

A harsh time-violation pricked Youzhny still more, and Lopez surged to a break, then a love hold, and another break for the set, 6-4.

Lopez’s serve had edged up to 61 per cent, and in the third set to 70, and that underpinned some fine net plays and a break to lead 4-1. Youzhny’s focus returned in time to break back, but the form that has characterised Lopez’s summer—a return to the top 20 from 37 in the rankings in March—ensured a final break for the match, 6-4.

The win takes Lopez to his second Masters semi this year—his third in Shanghai, too—and to his 200th hard-court match-win. Whether that will please him more than scoring only his second win in a decade over compatriot Rafael Nadal in the first round is a moot point.

But all things together, it’s not been a bad week for the 33-year-old—and a winnable match against Simon could top even that: his first Masters final.