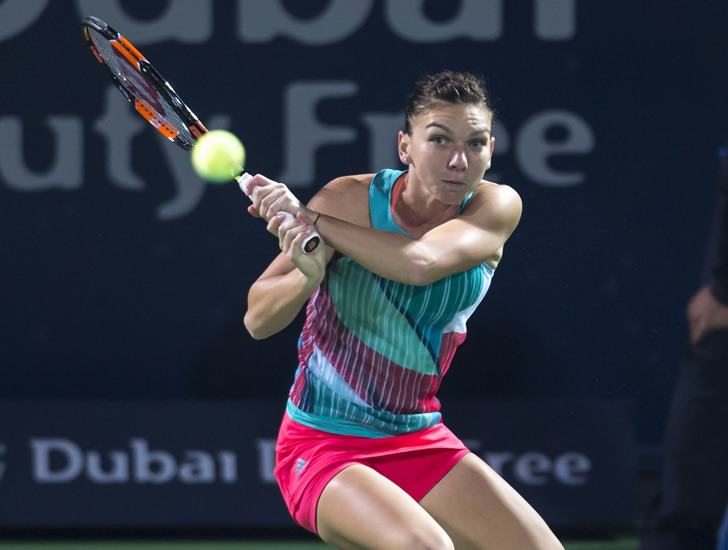 The men’s tour has seen a constancy at the top of the sport for close to 16 years.

Roger Federer and Rafael Nadal created an impenetrable glass ceiling at Nos 1 and 2 for 211 weeks, before Novak Djokovic and Andy Murray doubled the trouble to share the No1 ranking between the four ever since.

But the women’s game has seen no such constancy—except for the mighty Serena Williams, that is.

The same age as Federer, 37, she has remained an interweaving thread at the peak of the ranks since hitting the top in 2002, and as recently as last year, overtook Federer’s record men’s tally of 310 weeks at No1 to accumulate 319 weeks. And she did it while off the tour on maternity leave.

From the start, Williams was a constant presence without necessarily being constantly there. She has missed stretches with serious injury and illness—and lately, of course, with pregnancy—and she has closed down seasons early, but seldom has she failed to dominate proceedings. Since that first residency at No1, she has won 22 Majors, the last of them while pregnant in Australia 2017.

Jelena Ostapenko and Sloane Stephens got their first Majors last year, Simona Halep and Naomi Osaka got their first this year, making eight different champions in the last eight Major tournaments, and with seven different No1s through the same period.

For although Angelique Kerber totted up 34 weeks at No1 by the time Williams was off the tour, the German’s heels were constantly nipped by a chasing pack.

Karolina Pliskova, Garbine Muguruza, and Halep all tasted the rarefied air of No1, and a former No1, Caroline Wozniacki, returned to the top for a month after winning her first Major in Australia this season.

But after a fierce jostling for power during the summer of 2017, this year began to see consistency and true grit emerge and hold sway in the shape of Halep.

During 2017, the No1 ranking had proved stubbornly elusive for the Romanian. Three times she came within one win of sealing the top spot: In the final of the French Open, in the quarters at Wimbledon, and in the final of Cincinnati. Finally, at the end of 2017, she made it by reaching the final of the prestigious China Open in Beijing.

She went on to start 2018 at No1, and after being displaced briefly by Wozniacki, she returned with a vengeance to put together the longest stint at the top, 40 weeks and counting, since Williams’ record streak of 186 weeks between 2013 and 2016.

It was hard earned: She won three titles from a tour-leading six finals, a 46-11 win-loss record. As well as clinching her first Major at Roland Garros, she triumphed in Shenzhen and Montreal, and reached the final in Australia, Rome, and Cincinnati.

But after a fine first half of the season, Halep lost in the first-round of the US Open, and carried a back injury ahead of her opening loss at the Wuhan Open. She was then forced to retire in the first round in Beijing, revealing that she had a herniated disc, and pulled out of the Kremlin Cup and the WTA Finals.

Even so, her chief rivals for the No1 ranking could not take advantage, and Kerber goes into 2019 more than 1,000 points adrift, and separated from the following four women by around 800 points.

And now, of course, another threat looms over the horizon: Serena. For the extraordinary American returned to competition fewer than six months after giving birth, made the fourth round at Roland Garros, and the finals of both Wimbledon and the US Open.

That last match in New York proved to be her last of the year—as it was in 2015 and 2016—and it was an emotional roller-coaster for both her and the debuting victor Osaka.

But for all the high-octane emotions that surfaced in New York, she proved one thing: Williams may not yet have returned to the physical and mental peak needed for the unparalleled demands of winning a Major, especially one played in the debilitating conditions of New York this year, but she is not ready to stop at 23 Majors, either.

Back to No16 in the ranks already, Williams is the one with no points to defend in the opening months of 2019. It could, then, be she who threatens for that No1 ranking come the spring.

However, there are a few challengers who will also fancy their chances after making waves during 2018.

• Elina Svitolina, ranked No4, ended 2018 on a high with the WTA Finals trophy, which she won unbeaten, one of four titles in her 44-15 season. She is still just 24 years old, and surely now has the confidence to take her beyond the quarters of a Major for the first time.

• Osaka, one of five debutants in the top 10—with Stephens, Kiki Bertens, Daria Kasatkina and Julia Goerges—is, at the age of 21, proving to be a player who relishes the big stage. She rose from 68 to No5 in a single season with victories in Indian Wells and New York.

• Stephens, up to No6, built on her breakthrough Major victory in New York last year with a high-quality campaign in 2018, winning the big Miami Premier Mandatory and making the finals of Roland Garros, Montreal and the WTA Finals.

• Petra Kvitova is enjoying her tennis more than ever since her enforced absence following what looked like a career-ending attack two years ago. After a gutsy return in the middle of 2017, she took 2018 by the throat to win a tour-leading five titles and rise from No29 to No7 via a 47-17 season.

• No8 Karolina Pliskova, with 49-23 and the Stuttgart and Tokyo titles, had the most wins on tour.

• However, No9 Kiki Bertens was not far behind, with 46 wins from three titles, Charleston, Cincinnati and Seoul, and she notched up more top-10 wins than anyone else, 12 of them. From 31 at the start of the year, the Dutch woman reached the semis of the WTA Finals at the end of it.

• Now for the second #NextGen player in the top 10, Kasatkina, who has blown like a breath of fresh air to two Major quarter-finals, the final in Indian Wells, and the Moscow title.

• And on the subject of youth, Aryna Sabalenka, age 20, shot into the foreground from a ranking of 73 at the start of the year to reach the final in Eastbourne—beating three top-10 seeds—the semis in Cincinnati, again beating top-10 players, and the titles in New Haven and Wuhan—and with some of the most creative, bold tennis on the tour. It took her to No13, and it will be a surprise if she is not soon threatening the top five.

Yes, the women’s tour is packed with possibilities for 2019. Can other former No1s Maria Sharapova and Victoria Azarenka get back into the mix? Will Kvitova go from strength to strength, get back to her Wimbledon-winning ways, and at last convert her career-high No2 into No1? Are the young stars ready to step up to the plate consistently? Or will Williams again determine the fortunes of the rest?

We wait with bated breath.

NOW READ: Djokovic, Nadal and Federer are the tennis triumvirate yet again