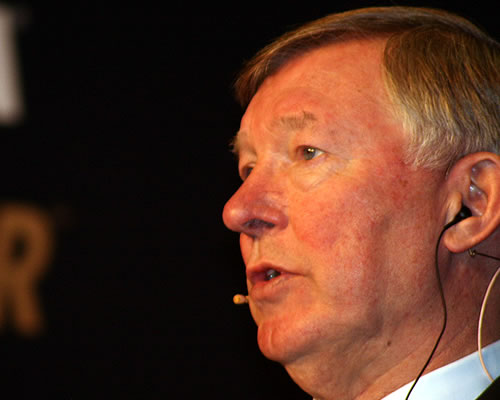 Sir Alex Ferguson praised Manchester United for playing “like champions” after the Red Devils came from behind twice to secure a 2-2 draw at West Ham United.

United’s lead was reduced to 13 points after Manchester City were 1-0 winners against Wigan Athletic, but Ferguson was pleased to pick up a valuable point at Upton Park with five games remaining.

“We had to stand up to a lot but our players kept going,” Ferguson said. “We were behind twice but we came back and I thought we played like champions.

“We were magnificent in terms of our determination and courage to play. We don’t like losing and we showed that again tonight so I was pleased with the result.

“It’s a game closer to the title. We have five left – three at home, two away – and the players are showing they want to win it. There’s no doubt about that. We’ve got a nice cushion with our lead but we don’t want to make any mistakes.”

I’d like to finish my career at Man United, reveals Michael Carrick

Aaron Ramsey confident Chelsea and Tottenham will slip up