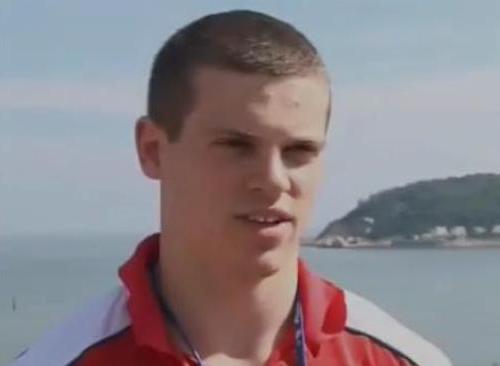 Team GB bobsleigh athlete Craig Pickering has sustained a L3-4 acute disc prolapse and will be unable to compete in the 2014 Olympic Winter Games in Sochi, Russia.

Pickering sustained the injury to his back on February 2 while training at GB Bobsleigh’s Olympic Preparation Camp in Konigsee, Germany.

Pickering returned to the UK two days later and was assessed by staff at the English Institute of Sport/BOA Intensive Rehabilitation Unit at Bisham Abbey.

The medical team at Bisham Abbey determined that the nature and severity of the injury would not allow him to compete at a necessary level of fitness and he has been withdrawn from the Games on medical grounds.

“Having missed out on competing at the London 2012 Games due to a back injury I am devastated to have suffered a similar fate just days before the start of Sochi 2014 Olympic Winter Games,” said Pickering.

“We worked so hard to qualify the GBR 2 sled for Games and I am gutted that I won’t be on the start line with Lamin, John and Ben.

“I would like to thank all the staff at British Bobsleigh who have been incredibly helpful in making sure I’ve had the best support and treatment both in Germany and back in the UK.

“I will cheering the boys on from the UK and wish the rest of Team GB the best of luck in Sochi.”

Pickering would have been only the eighth British athlete to compete in both the Summer and Winter Olympics having made the grade for Beijing 2008 and bobsleigh team leader Gary Anderson expressed his regret that the ‘model athlete’ had to be withdrawn.

“This is a big blow and I am personally devastated for Craig, I spoke with him just after we heard from the doctors and he was clearly very upset, he had worked so hard to get to the point of selection for Sochi.

“Craig is a very professional athlete and his concern for the team illustrated that, we had Craig sent back to the UK from our preparation camp in Germany to confirm the original diagnosis but it was pretty clear from the outset that this was going to be tough for him.

“Since we scouted Craig into our programme he has been a model athlete, bringing with him a large amount of big competition experience and that has helped both GBR 1 and GBR 2 throughout the qualification process for these games.

“We will now consider the options open to us and the coaches will sit down over the next 24 hours and evaluate the next move and selection, both for the 2-man and 4-man competitions. We are fortunate that we have fantastic squad, which has strength and depth, so we know that whoever replaces Craig will put in a credible performance for Team GB.”