Sochi 2014: No outpouring of love between US rivals Bode Miller and Ted Ligety on Valentine's Day in the men's super-combined 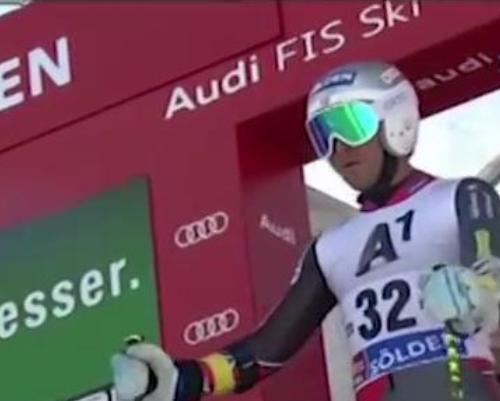 America’s most successful skier of all time, Bode Miller, will set out to add to his five Olympic medals by defending his super-combined title.

The highlight of Miller’s 16-year career came at the 2010 Vancouver Games, when he not only won his first gold but also silver and bronze to add to his two previous silver medals from Salt Lake in 2002.

Despite the event start time being brought forward to take advantage of cooler conditions, the 36-year-old believes slalom specialists will have a huge advantage on the shortened course.

“Right now the downhill is so easy and basic that there is nothing challenging about it and there is no way to put any time on the slalom guys,” he said.

“It’s time to figure out how to get the most speeds out of this [downhill] course and try to get a big gap on the slalom skiers.

“A good downhill will really help because whether you’re starting first or 30th in the slalom, it can make a difference of a few seconds.”

No skier has ever won two gold medals in a men’s combination race, however Miller is not the only American vying for this piece of history.

Defending world champion, Ted Ligety, won gold in Turin 2006 and his confidence will be high after finishing first at the World Cup’s super combined last month.

Meanwhile Briton Lizzy Yarnold will be looking to emulate compatriot Amy Williams’ achievement in Vancouver by winning a gold medal in the women’s skeleton.

Yarnold finished first in both of the opening two heats, continuing her scintillating form that she brought with her after winning this year’s World Cup.

Other medals will be up for grabs in the men’s free figure skating and cross-country skiing, as well as the ladies’ freestyle aerial skiing and women’s 15km individual biathlon.