Sochi 2014: Construction employees who helped get the Games ready in Russia finally get compensation for unpaid wages 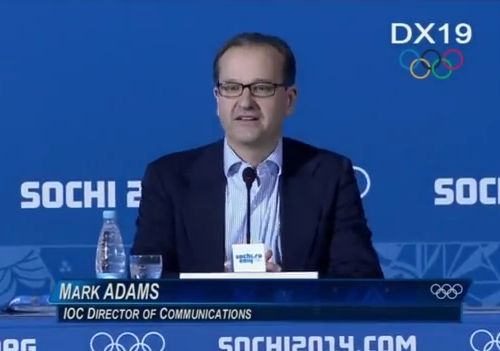 Rogue construction firms have finally faced action for their refusal to pay employees who worked on the Winter Olympics, as the International Olympic Committee (IOC) confirmed they had been fined and ordered to pay compensation.

The IOC were forced to intervene following extensive pressure from human rights groups on behalf of hundreds of unhappy staff members.

Last week, IOC president Thomas Bach confirmed that $US 8 million in outstanding wages had been paid to Russian and migrant workers and that all industrial issues were resolved.

We went to see the human rights’ workers here and raised a number of issues of migrant workers who haven’t been paid. 6,175 workers have been compensated so far

However, it has only today become clear that some companies had failed to pay up, as the committee forwarded names of 200 unpaid employers to Russian authorities.

Mark Adams, the IOC communications director confirmed that on top of the action taken by the committee a full investigation had been launched.

“We went to see the human rights’ workers here and raised a number of issues of migrant workers who haven’t been paid,” he said.

“Following that we instigated a full investigation of some 500 companies, all the companies that they could identify of having been involved in the construction. 6,175 workers have been compensated so far.

“I would say the Russians have done quite a good job of actually making sure that people are being paid and money is being transferred outside the country, as it should be, but it is quite a difficult thing to do.”

Human Rights Watch issued a report that revealed the poor conditions that employees faced when working on the Sochi infrastructure in preparation for the games.

As is common in the Russian construction trade, many workers were immigrants from central Asian former Soviet republics such as Tajikistan, Kyrgyzstan and Uzbekistan.

They interviewed 66 migrant labourers last year, and found that many were living in fear of deportation, as were trapped by bosses holding their passports or identification documents.

On top of this, hundreds complained about inadequate food supplies, overcrowded housing, low wages and excessive hours and even unlawful detentions.

There were calls for people to boycott the £30 billion games, the most expensive ever, due to the apparent violation of workers’ rights and exploitation of migrants employees.

There are also concerns now that the orders to pay back workers will not assist those who already left the country after months of waiting on wages, or due to forced deportation.