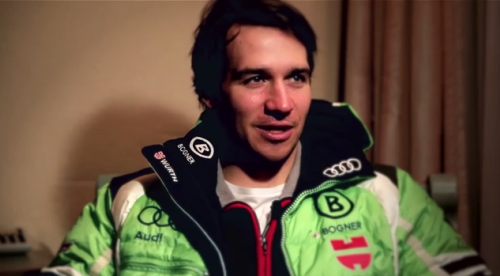 German athletes are stunned following medal prospect Felix Neureuther’s car crash on the way to the airport to meet up with his teammates in Sochi.

Neureuther was driving in icy conditions on Friday morning, when he lost control of his car and crashed into a barrier.

He missed his Sochi flight, choosing instead to visit a Munich doctor, who diagnosed him, luckily, with just whiplash and bruising.

It is often hard for outsiders to understand how much an Olympic Games means for these athletes. It often becomes a life goal, and it only comes around once every four years

The German national coach, Wolfgang Maier, reflected on the tense atmosphere among the close-knit team members.

“It is often hard for outsiders to understand how much an Olympic Games means for these athletes. It often becomes a life goal, and it only comes around once every four years,” he said.

“So for Felix to get injured in a car accident on the way to the airport came as a real shock. The whole team is affected.

“I am confident we will have the medical facilities here to deal with his injury and achieve full recovery before he races.”

Neureuther faced added pressure as the Munich prosecutor’s officer opened an inquiry into him fleeing the scene of an accident.

His girlfriend, prominent biathlete Miriam Goessner, was in the car at the time and called the police to report the accident as they left to visit a doctor.

Goessner, who missed out on the Olympics due to a back injury, was found to have called in time and the skier was deemed free to travel.

“I don’t want to put all this pressure on him. If it goes well, that’s great, and if he skis like he has done this season he is in the race for a medal, but we can only wait and see,” said Maier.

Even though Maier has appeared to confirm an appearance at the games for the 29-year-old, the injuries suffered will be a major setback in his medal ambitions.

The 2013 slalom world championship silver medallist is third favourite at 11-2 for next Saturday’s slalom event and fourth favourite at 8-1 for Wednesday’s giant slalom competition.

After a promising 2013/2014 world cup season with one giant slalom and two slalom wins, Neuretheur’s minor injuries may hinder his best opportunity yet at fulfilling his family destiny.

His father Christian was a six time slalom world cup event winner and his mother collected two golds and a silver in all alpine events in the 1976 Olympics.