Sochi 2014: Former men's moguls Olympic champion Dale Begg-Smith appears to retire but no one can be sure 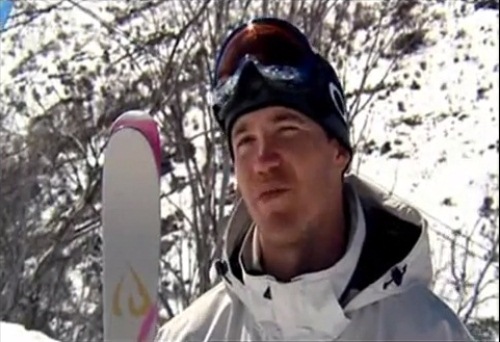 Will he stay or will he go? Dale Begg-Smith Photo: Zesylene/YouTube

Australia’s Dale Begg-Smith says he will keep media and fans in limbo about his future after the 2006 men’s moguls gold medallist crashed out of the competition in unfavourable conditions yesterday, seemingly signalling his retirement.

The 29-year-old returned to the sport for Sochi after a three-year break and is something of an elusive character, preferring not to speak to the media and currently residing in the Cayman Islands.

When asked directly whether he will compete again he said “no” and suggested that “everything” should be put onto the young skiers.

I’m an international man of mystery. I’m going to keep you guys guessing

“I’m an international man of mystery. I’m going to keep you guys guessing,” he replied when asked what he would do next.

After things went wrong during his second qualifying run Begg-Smith’s hopes were dashed of making a return to the podium.

“It was a desperate move to come back this year. I was looking for a miraculous performance. When I first came back I didn’t know if I could ski at all,” said the Canadian-born athlete.

“It was fun coming back and I’m glad I went out on my own terms. I messed up.”

Begg-Smith said he was more pleased to see the growth of the Australian men’s moguls team over the years and was thankful for the opportunities that his adopted nation had provided.

“It is awesome the way that the guys joined me to give me that energy,” he said.

“It’s a great program and everyone helped me a lot in Australia.”

So for now we have to say goodbye to Mr Begg-Smith and it seems fitting to end with his answer to the question of whether or not he will ever live in Australia.

“Who knows, let’s see how things go,” was his cryptic reply.