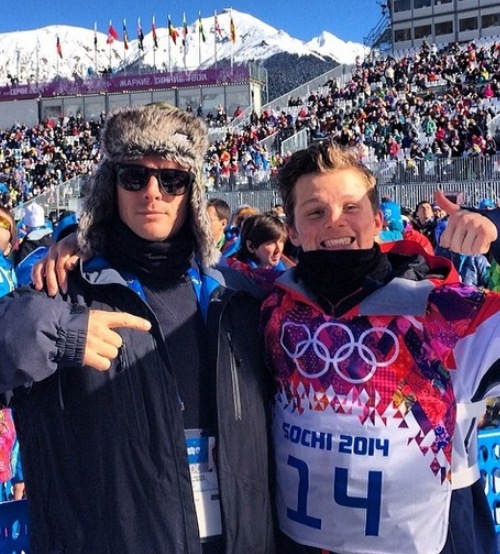 Jamie Nicholls insists the inaugural men’s snowboard slopestyle final at the Winter Olympics will live with him forever after placing sixth in Sochi.

Nicholls was in silver medal position after landing a triple on his first run to score 85.50 but he made an error on his second run and fell to sixth.

He wasn’t knocked out of the top three until the latter stages of the final as American Sage Kotsenburg took the first gold of the Games ahead of Norway’s Staale Sandbech and Canada’s Mark McMorris.

My first run was the best run I have ever done in my life. I landed a backside triple 1440 and that is the first time I have ever landed that trick in a contest

But it was still Team GB’s best ever snowboarding result and their best Olympic performance on snow in 46 years – Gina Hathorn claiming slalom fourth and Felicity Field downhill sixth at the 1968 Games in Grenoble.

“I was in there [the medal positions] for a while but I just knew it wasn’t going to be. The standard of riding was unreal. To be in that mix was incredible,” said Nicholls.

“My first run was the best run I have ever done in my life. I landed a backside triple 1440 and that is the first time I have ever landed that trick in a contest.

“You try your best and on that day if you land your run and someone lands their run and it’s better that’s the way it is.
“I am just happy to be in the Olympic final and I’ll probably be in the next one. I am only 20-years-old, it is a great experience that’s for sure.”

Nicholls was joined in the final by fellow Brit Billy Morgan after an impressive semi-final performance from the 24-year-old.
Morgan finished in first place to reach the final but couldn’t reproduce his form as he fell on both his runs to take tenth place with a best score of 39.75.

Indeed a repeat of his semi-final score in the final would have won Morgan, fourth at last year’s World Championships, the bronze medal.

“I am not disappointed. I was stoked to make it through to the final, I didn’t expect to be there,” said Morgan, who defied doctors to make the team in Sochi after rupturing his knee ligaments last summer.

“If I had got fourth or 12th I would have been just as stoked. I thought I’d go for the podium and I fell [on the second run] but I am happy.

“If I landed my run I am sure I would have been up there with the best scores but that is the name of the game.”