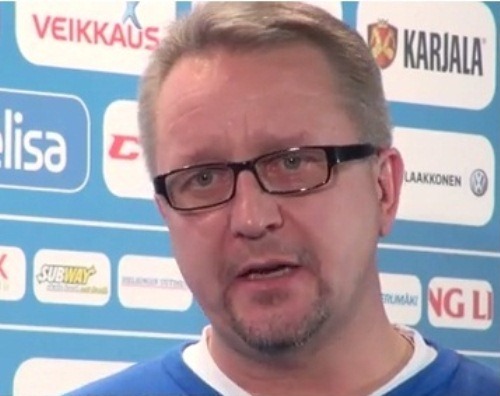 After a gap of 12 years and the birth of three children, Hanna-Riikka Valila returned to Olympic action on the rink during Finland’s defeat to the USA on Saturday.

Valila and her compatriots fought valiantly against powerhouse side Canada on Monday in a 3-0 defeat so getting off the mark in Group A will be a tall order.

The 40-year-old (nee Nieminen) married fellow hockey player Mika Valila in 2003 after retiring from the sport but decided to make a comeback for Sochi.

My two boys are playing hockey and I hope I have inspired them to continue playing. I am the coach of my daughter’s team

“I made the decision to come back last spring. I feel as good as I did 10 years ago,” she explained.

“I played for fun during the 10 years, but I did not train. I have been working hard since the spring, and I am excited to be back competing on the ice.”

Despite admitting that she is old enough to be the mother of some of her teammates Valila is hoping to inspire her own children.

“My two boys are playing hockey and I hope I have inspired them to continue playing. I am the coach of my daughter’s team.”

At the Nagano games in 1998, the first to include women’s ice hockey, she was the top scorer helping Finland to take bronze.

Last year Valila returned to action for her local team JYP Jyvaskyla and eventually was reselected for the national side.

Finland’s head coach Mika Pieniniemi was initially amused when he was approached by Valila about a return.

“I laughed. She was our team manager at the world championships in Ottawa (2013),” he said.

“There was one game in Sweden, I forget where exactly. We had a team meeting, she came up to me and said, ‘Mika, I have to play. Then, I laughed and said, ‘OK, put the gloves on and let’s go.’”

The Finns face an uphill battle to qualify for the semi-finals with today’s opponents defending champions Canada on three points and the USA on six after two games.