Sochi 2014: US skier Mikaela Shiffrin says not treating Russia as her Olympic debut having prepared over and over in her head 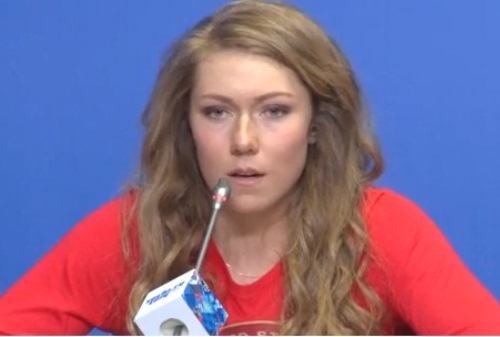 Mental fortitude is something all athletes need to succeed and Mikaela Shiffrin is not short of confidence.

The 18-year-old is making her debut at a Winter Olympics and is a solid contender for a medal in both the slalom and giant slalom which takes place tomorrow.

Shiffrin will need all the composure she can manage to hold off her fellow competitors including Tina Maze who shared gold in the downhill earlier in the games.

“To everyone else it is my first Olympics. To me, it is my thousandth,” she explained.

The American certainly isn’t going to be fazed by the experience and is ready to get going in the giant slalom, her weaker event, but one where she is still counted as among the favourites.

“Come race day, I am sure there are going to be things that go differently. But the trick is to be able to see that, accept it and move forward,” the Colorado native said.

“I have envisioned this moment for quite a while. Especially in the past few weeks. I have envisaged myself sitting here talking to you all and standing on top of the podium, or the third step of the podium.”

Shiffrin only arrived in Sochi in the past couple of days preferring to train in Europe away from the hype while others who will be skiing against her have already had several events at the Rosa Khutor Alpine Centre.

The American is seen as being a potential gold medallist in Friday’s slalom thanks to her outstanding form which sees her lead the World Cup rankings in the event.

So it’s fortunate that she has the self-assurance and composure to deal with the pressure which is partly increased by the dismal games that Team USA is currently experiencing when compared to Vancouver four years ago.

“It takes a lot of courage to see yourself in any race, but at the Olympics, to be able to brush it away knowing you have been through every scenario in your head, to treat it as a brand new thing,” Shiffrin said.

“You have to be able to come up on race day no matter the conditions and fight for that top spot.”